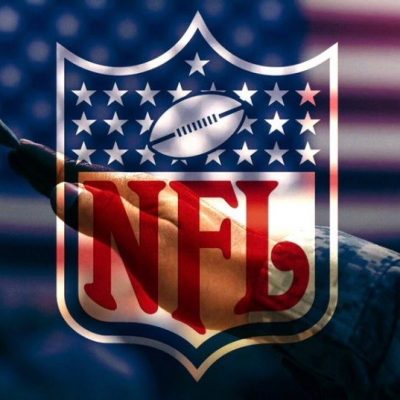 #Superbowl: Marines? There Will Be Battles Won [VIDEO] 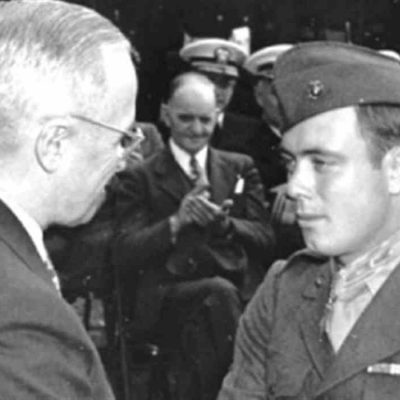 Next post
Dear Kneeling Athletes: You Could Learn Something from Woody Williams

#Superbowl: Marines? There Will Be Battles Won [VIDEO] 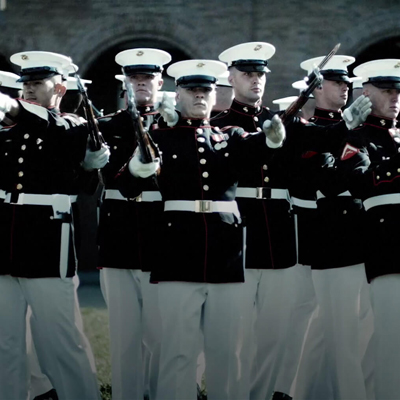 by Beege Welborn in military 3 Comments

The United States Marine Corps has been absent from Super Bowl advertising for 30 years…until today. And when the Corps decided it was time to make their presence known, they did so in as targeted and focused a fashion as any battlefield plan they’d ever devised. They came roaring into the age of Trump and Mattis with a 30 second, online-only ode to WINNING, entitled “Battles Won”:

(You will notice the focus is actually on “Battles WON,” not “Politicans Appeased/Friends Made/Quotas Filled/Marshmallows Roasted.” HOW refreshing.)

Marine Corps commercials have always been the Few, the Proud and the far between, simply because they haven’t needed the exposure to fill the numbers the other services do. Being small is its own advantage in that regard. The Marine Corps’ eliteness is also its best recruiting tool – not everyone can be a Marine (nor, quite honestly, do they want to), so those dollars are spent where Marines need them most. Being the red-headed step child of the Department of the Navy also doesn’t help, so every dollar truly counts. In this instance, that means not paying to waste those precious bucks on big screen time. Where’s the next generation of Marine Corps warriors watching the game? Online. So you hit them in the stream.

“I’m trying to enlist 18- to 24-year-olds,” Kennedy [Maj. Gen. Paul Kennedy, head of the Marine Corps Recruiting Command] said. “And they tend to be cord-cutters. They take in entertainment differently and they tend to do it on a device rather than a television.”

During the past 8 years of the previous administration, the Marine Corps has found itself valiantly fighting a rear guard action at home against the forces of Social Justice Warriorism, even as Marines in Afghanistan and elsewhere were trying to hold the line. The same Obama Defense Department pressured services into spending far more time and shrinking resources on social skills and sensitivity than the On the Job training the relentless pace of operations desperately called for. How then to tiptoe through the fraught PC environment created in D.C., but still fill the ranks? The Army has gone through touting college, training, etc. The Navy is a “global force for good.” Okay. All touchy, feely. Nobody’s killing anyone in the ads and it all looks DOABLE  for your average Joe/Josephine, right?

Is anybody out there offended? No?

What has changed? The guard, you could say. Obama and SecDef squishes Chuck Hagel/Ash Carter have given way to Donald Trump and retired Marine Corps General James Mattis. A culture of appeasement and rapprochement whatever the costs to the U.S. has been replaced by an American interests and security come first team, and a team that knows what it takes to WIN. Even better, a team that wants to win – a team that goes in to win. Even vaunted Lefty Piers Morgan understands that, as he recently wrote:

I think the reason for this simple: success.

Trump’s entire DNA is predicated on winning. Every sinew of his being for the past 50 years has pulsated with a burning, insatiable desire to win.

‘You’ve gotta win,’ Trump once told me. ‘That’s what it’s all about. You know, Muhammad Ali used to talk and talk, but he won. If you talk and talk but you lose, the act doesn’t play.’

This Secretary of Defense is also a different animal than his milquetoast, acquiescent predecessors. Nearly mythical in stature from his active duty  service leading Marines in battle, James Mattis has continued to walk the walk in a suit, and his troops in every branch feel he has their back. And they know what their primary job is again:

“Take us on and it will be your worst day and your longest day,” Mattis said.

Mattis also expressed his frustration with lawmakers relying on short-term continuing resolutions to fund the government, which has forced the Defense Department to operate without a long-term budget. He said the administration needs to approve $716 billion for defense in the 2019 fiscal year, about $50 billion more than President Donald Trump’s 2018 budget request for the Pentagon.

“I’m not subtle. I need to make the military more lethal,” Mattis said. “Some people think I’m supposed to be an equal opportunity employer.”

The Marine Corps has always emphasized honor. Commitment. Service to country. In spite of all the past pressures, they’ve kept their “The Few. The Proud.” As a matter of fact, their most beautiful, lyrical commercial paean to service ever was also a massive, subversive middle finger to the city of San Francisco and her denizens, who would NOT permit the Silent Drill Team to film in the city: might…no, wait – FOR SURE would #trigger the natives.

So they filmed it on the opposite sandy shore of San Francisco Bay, with the Golden Gate Bridge soaring overhead. Another battle won.