St. Louis Rioters: Shame on Them

St. Louis Rioters: Shame on Them

What we do know is that there are different versions of what happened. That is ALL that we know. But never mind the lack of facts in the case. A person is dead under questionable circumstances, so people thought they’d have a great excuse to riot in the streets, and loot and destroy businesses.

Will the situation calm down now that race-baiter Al Sharpton has blustered into town? I sincerely doubt it. Perhaps he expects a speaking fee to help defray some of the $4.7 million liens and debt he owes to numerous entities?  Nope, can’t be that. I’m sure he’ll be very helpful in promoting fairness and justice on one hand while inferring that local law enforcement isn’t to be trusted. Just as helpful as he has been with his role in the 1987 Tawana Brawley hoax, or right now in New York concerning the death of Eric Garner.

“The shooting incident in Ferguson, Missouri this weekend deserves a fulsome review. In addition to the local investigation already underway, FBI agents from the St. Louis field office, working together with attorneys from the Justice Department’s Civil Rights Division and US Attorney’s Office, have opened a concurrent, federal inquiry. The federal investigation will supplement, rather than supplant, the inquiry by local authorities. At every step, we will work with the local investigators, who should be prepared to complete a thorough, fair investigation in their own right. I will continue to receive regular updates on this matter in the coming days. Aggressively pursuing investigations such as this is critical for preserving trust between law enforcement and the communities they serve.”

With Holder’s involvement will there be a positive resolution to the case? I won’t hold my breath. Particularly not when Holder and Sharpton are such good friends.  They are both interested in sound bites rather than helping bring resolution to this tragedy.

Full disclosure. My family has a long multi-generational history with St. Louis. I have family there still. I’ve been to St. Louis twice this year, have another trip planned, and am very familiar with the Clayton area. St. Louis as a whole is an amazing city with opportunity and potential for everyone.

But the photos below are  not representative of St. Louis 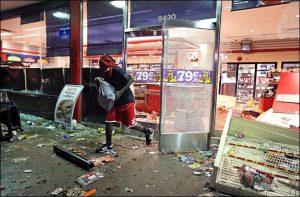 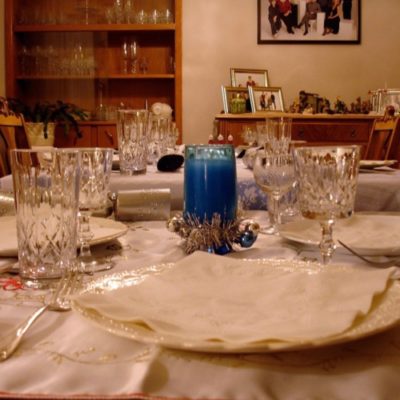