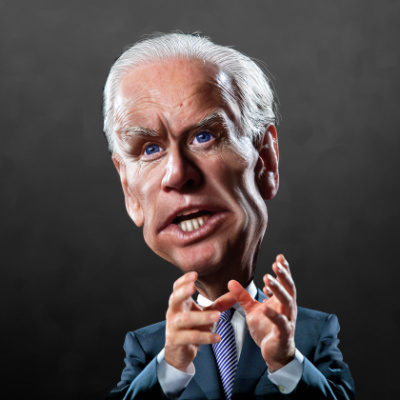 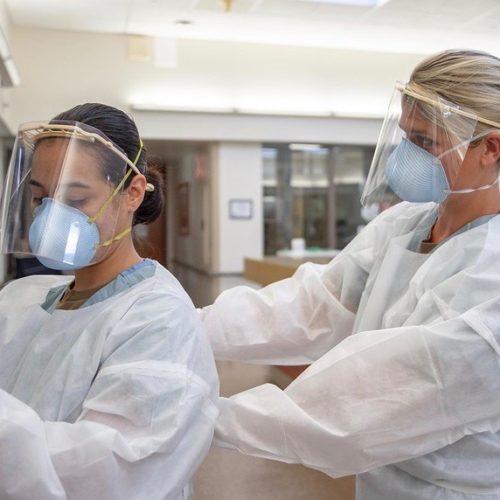 Scrubs are now sexist, apparently. Oh, have there been copious takes on pandemic life but this one takes the cake, err-the scalpel. From The Atlantic, comes a piece discussing how the COVID-19 pandemic fueled sexism against women doctors.

Trisha Pasricha is a gastroenterology research fellow at Massachusetts General Hospital. According to this,”female doctors have always dealt with appearance-related confusion and disrespect. That only got worse during the pandemic.”

Why? Baggy scrubs taking the place of the white coat.

In the spring of 2020, as Boston’s first COVID-19 wave raged, I was the gastroenterologist on call responding to a patient hospitalized with a stomach ulcer. Wearing a layer of yellow personal protective equipment over a pair of baggy scrubs, I spent 30 minutes explaining to him that he needed an endoscopic procedure. We built a rapport, and by the end of our conversation about the pros and cons, he seemed to agree with my recommendation. I told him we would be ready to perform his endoscopy within half an hour.

‘Well, before we do anything, I’m going to need to discuss it with the doctor.’

Blink, blink. The horror this patient mistook her for a nurse! Why? Because she was wearing yellow PPE over baggy scrubs! She said she had introduced herself as the doctor upon entering the room. Of course, she did and of course, she would. She’s a woman doctor. But despite all of this, this sexist man who was in pain, and perhaps maybe a little confused and out-of-sorts (pain does that to you), made the mistake of the wrong choice of words. Blink, blink.

Pasricha discusses a recent study to support her argument that women wearing scrubs are perceived as “less professional” than their male counterparts. And wearing this pesky PPE in hospitals made it more difficult to separate the doctors from the other essential staff-especially women doctors. Oh, the sexism! She sites many inequalities women physicians face, to include being paid 75 cents to every dollar made by a man, a disproportionate number of women health care workers falling ill to COVID compared to men, how the pandemic has forced women in the medical profession to stay home instead of writing those research papers and…the icing on the cake:

On top of all that, we’ve had to deal with this new wrinkle in the double standard related to the oldest problem we face: our appearance, specifically our clothing.”-Trisha Pasricha

Gone are the days of the white coat. They were so 2019, anyway. Scrubs are in. But because unisex scrubs have been adopted as the standard uniform of health care workers, this, has, according to Pasricha’s musings “moved the goal posts” in something very important in her world…that men recognize that she is a DOCTOR, damnit!

Under the paternalistic guise of wanting to ensure that early-career physicians were ‘cautious of their social media content,’ three male “screeners” used fake accounts to scour the accounts of their unwitting female colleagues (who make up a paltry 6 percent of their specialty) to evaluate their ‘unprofessional’ clothing; they were off-duty female surgeons accused of “provocative posing in bikinis/swimwear.” (In the middle of a global pandemic, it is unclear how this issue became a pressing scientific question.)”-Trisha Pasricha

Petty that some male doctors took it upon themselves to scour social media accounts of female surgeons wearing bikinis and not scrubs, yes. The article Pasricha references has since been retracted. Take a look:

Misogyny is medieval. Do I have to wear my white coat at all times to deserve the title of "professional"?
Fun, sexy, smart & hard-working can exist in the same space. I can wear swimwear to the beach in my free time & be a competent & compassionate physician at work. #medbikini pic.twitter.com/bWC4tSEVTR

But isn’t is also petty of Doc Pasricha to also go seeking the apparent, blatant misogyny of her male patients? Good Lord, I would hate to be a man in her care. How dare you guys assume she is a nurse because she has to wear scrubs! Perhaps she should wear a mask that reads “I am a DOCTOR” just to get it through the thick skulls of these Neanderthals who think she doesn’t have a brain! Oh! But it only going to get worse, says DOCTOR Pasricha:

Now, with COVID-19 in retreat once again, hospitals are relaxing their dress codes to pre-pandemic standards—which unfortunately means swapping out one source of appearance-related sexism for another. I am bracing for a return to the kind of distressingly routine encounters that marked my early years as a physician.

One day, during my senior year of residency, I was explaining the etiology of a patient’s heart murmur to my team of seven more-junior physicians, pharmacists, and medical students. I asked my patient how much exercise he was able to tolerate with his condition.

He hesitated, then smiled. ‘I’m sorry, I got distracted. It’s that little leopard skirt you have on. Can’t take my eyes off.'”-Trisha Pasricha

Well, how dare he, that sexist pig with the heart murmur! This is a smart woman here…who has been reduced to a distracting leopard print!

I scrambled to collect myself and carry on. But the damage was done. For the remainder of my rounds, I felt like an impostor playing a doctor on TV.”–Trisha Pasricha

Such damage. I hate to say this, but if that is all it took for this doc to “feel like an impostor playing a doctor on TV all day on her rounds”, perhaps there’s some other deeper psychological issues going on here? Just a guess. And, if Trisha Pasricha wants to throw in “pandemic-proven grit”, she is not making much of a case for this by whining about “sexist double standards”. In her opinion, this is what “limits” women doctors. Really?

We need you, as patients, to do your part too. Listen when a woman comes into the room and explains her role, regardless of what she’s wearing. Don’t automatically address your questions to the male member of the care team. (He might be just a medical student.) Let us finish speaking without cutting us off; patients are more likely to interrupt female physicians than male physicians. And above all, don’t comment on our outfits. Female physicians want to be judged by the treatment we give you—and nothing else.”–Trisha Pasricha

Scrubs or no scrubs, (or leopard print skirt), I am listening to the medical professional who enters the room to care for whatever my condition may be that brought me there. I would venture MOST people will react in the same fashion. Are there going to be some who may interrupt and/or insist to speak to a “male member of the care team”? Sure. Thicken your butt skin, Trisha. Perhaps, you may want to call on the assistance of your plastic surgeon friend for this procedure. After all, he makes more money than you do, apparently, because he’s male. In your book, this has nothing to do with medical specialization but everything to do with his gender. Want people to get rid of their pre-conceived notions of physicians? Perhaps you should rid yourself of yours.