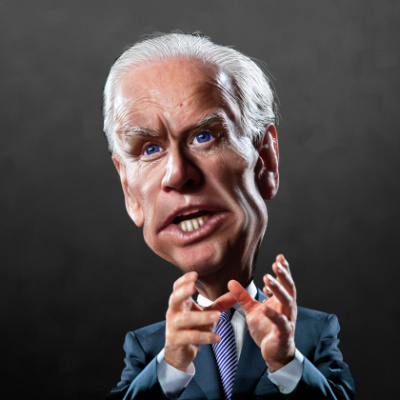 At the Dodd Center for Human Rights at the University of Connecticut, in the middle of his speech, Joe Biden became angry and pounded the lecture. It was an out of sync moment and I thought of The Simpson’s cartoon headline of Grandpa Simpson “Old Man Yells At Cloud”.

The entire Biden Junta is surreal and we are only nine months in. It’s like being in the movie “Gaslight”, and we are all Ingrid Bergman. We keep seeing things that aren’t right and don’t make sense, and yet, we are told everything is copacetic.

Take for instance, the opening section of Biden’s speech at UConn. In the fourth paragraph, Joe Biden says:

The Ambassador Kennedy is Caroline Kennedy. She was Obama’s Ambassador to Japan. And Chris is the former Senator from Connecticut, Chris Dodd. It was very odd for Biden to mention waiters and waitresses. First, we call them servers now. Second, because of a waitress Chris Dodd is more famous for a “Senator Sandwich” than for anything he did as a Senator. Let us go back to through the misty mists of time and remember. It was 1985 and Washington, D.C. didn’t have the same sexual harassment courses that American businesses did. From the New York Post:

According to a GQ account of the night published in 1990, while the senator’s dates were in the bathroom, a “very drunk” Kennedy grabbed Gaviglio and threw her onto the table, sending plates, cutlery, glasses and candles flying.

Kennedy then picked up the terrified waitress, who was just 24 at the time, and put her on Dodd’s lap — Kennedy forcing himself on Gaviglio and rubbing his genitals on hers, the report said, the alleged assault becoming known by the cruel moniker “waitress sandwich.”

The account was confirmed to the magazine by another waitress, Betty Loh, and the La Brasserie’s late owner, Raymond Campet.

“Chris was always there,” Gaviglio told The Post. “He was a goofball, always asking for my phone number and things like that, but I don’t think he was expecting what happened that night. They were very, very drunk.”

Pretty awful, right? D.C. remembers. Even some on the left were angry when Joe Biden put Chris Dodd in charge of his search for a female Vice President. It’s been 36 years now and Chris Dodd is getting ready to play Santa Claus at the Mall. Well that’s what it looks like in the video from the Dodd Center rededication:

Because I would never ask you to watch that entire video, I’ll cut to the chase now. This is the party where the angry old man yells at clouds, mimicking Grandpa Simpson and the iconic headline. Here is the section of the speech as transcribed by the White House:

And as we look around the world today, we see human rights and democratic principles increasingly under assault. We feel the same charge of history upon our own shoulders to act.

We have fewer democracies in the world today than we did 15 years ago. Fewer. Not more — fewer. Cannot be sustained.

That’s why, from day one of my administration, I’ve taken concrete steps to put human rights back at the center of our foreign policy and reassert our moral leadership on the global stage — to lead, as Chris has so often heard me say, with the power of our example, not the example of our power.

Here is the portion of the speech where he gets angry and pounds the podium:

President Biden: "We have fewer Democracies in the world today than we did 15 years ago. Fewer. Not more, fewer." pic.twitter.com/wxucAjZA5u

There are a couple of things to point out here. For nine of the last fifteen years, Joe Biden has been at the top of the food chain for making changes. If there are fewer democracies, what did he contribute to that? “Cannot be sustained”? Where the heck did that come from and why? The “power of our example not the example of our power” was cribbed from, most recently, Bill Clinton thirteen years ago.

The angry old man yelling at clouds makes no sense. Whoever wrote his speech should have asked someone about Chris Dodd’s history before putting in the “waitress” lines. Maybe Joe just missed some words in the teleprompter and that’s where the “cannot be sustained” fragment came from. As for the anger and yelling and pounding the podium, I am not a doctor but I do know that ain’t right.