Next post
SCOTUS Watch: What the 303 Creative Case is Really About 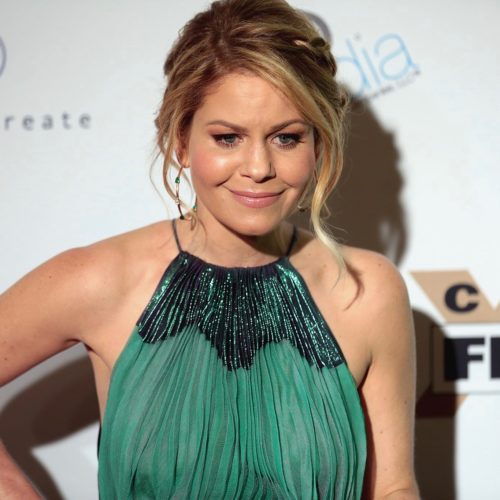 ‘Tis the season to watch Hallmark movies with (basically) the same story line-unless you’re a writer at Salon.

Then, your main job from your writer’s flat is to pen a rant about how a former Hallmark movie star is a bigot and how Christmas tradition, and anyone who embraces any little bit of it, sucks bigly.

Melanie McFarland is Salon‘s TV critic and she wants readers to know that she sat through the utter torture that is Candace Cameron Bure’s “A Christmas…Present” with “an open mind and heart”.

By golly, does she ever give it to us with a supersized serving of God-stuff, as promised, in her Great American Family film debut ‘Candace Cameron Bure Presents: A Christmas . . . Present.'”-Melanie McFarland

A supersized-serving of God stuff. What does McFarland consider God stuff, exactly? Apparently, sitting at home with family being surrounded by loved ones. Traditional marriage. Scripture references. Shiny-teethed, blow-dried heteronormative whiteness, with only a few token movies with characters “of color”. More fascist underpinnings and…Oh. My. God. Pushing the hand of normalcy! As her colleague, Amanda Marcotte says, “it’s like watching the Stepford Wives but scarier.” It’s fascist propaganda!

Because Amanda Marcotte knows lots about family traditions and what Christmas should look like, am I right? Her family is in Texas and she is in Brooklyn. She does not want to see them and they sure as hell do not want to see her. (Do you freaking blame them?) Imagine a conversation around the dinner table with Ms. Marcotte. But she, and the other writers at Salon like McFarland, know what Christmas should look like. And white identity politics ain’t it.

Nevertheless, McFarland persisted in watching the white-nationalist, erstwhile Queen of Christmas who left Hallmark after they became more “diverse” to follow her personal convictions of incorporating traditional, Christian values on television. Now, I’m not a big fan of Hallmark-Christmas-movie-cheesiness. I’d much rather throw on some Christmas tunes and enjoy a meal with my little family. I, for one, have to work during the season, so I do not always have the luxury of sitting around a fire pit with a spiked hot cocoa when the snow is coming down. Usually, I’m the one covering for people who don’t want to come into work. And when I’m not doing that during the holiday season, I am clearing off my kitchen counters and stuffing snack bags for some 60 wrestlers, schlepping to whatever high school is hosting a tourney on a Saturday and sitting in a sweaty gym and yelling my head off with other parents and student athletes. Is the “Christmas” genre a tad unrealistic? Of course it is. But there is a market for this stuff and people do watch it.

Once Hallmark shook off its blanket of pure white heteronormativity and branched out to produce holiday movies featuring LGBTQ+ characters in major roles, Bure obviously did not want her face to continue to represent the network. Receiving a (sic) executive salary bump likely influenced her decision as well.

But her coded language about prioritizing ‘traditional marriage’ in its movies sparked outrage among many noble heathens. Former ‘One Tree Hill’ and current Hallmark Channel star Hilarie Burton Morgan called Bure a bigot, and JoJo Siwa characterized her stance as ‘sh***y.'”-Melanie McFarland, Salon

Whatever on Mrs. Negan from The Walking Dead. Her husband is, indeed, the better actor. Jojo freaking Sewa, though? Are they for real? You know what’s “sh***y”? Entitled, little spoiled brats who wear obnoxious big bows on their heads who use sh***y language whilst knowing little girls look up to them. But go ahead, liberals. Take Jojo Sewa‘s word for it. She’s apparently now a TV critic, too.

Keep in mind, Melanie McFarland of Salon wants you to know she watched this movie with an open mind and heart:

And yet, cosmetically, it is a kind of Christmas movie, one whose target audience seems to be the hypnotized. Nary a scene passes without a sprig of pine or a light. Everybody smiles, and almost constantly.”-Melanie McFarland, Salon

More depth in two hours of white noise. This, from the people who voted for the vegetable currently sitting in The White House. And, you wanna talk hypnotized, Melanie? Step into my parlour, won’t you? I’ll even turn on the fireplace and some Christmas tunes. I personally like Andrea Bocelli’s version ofAdeste Fideles. Chokes me up every time.

Let’s start with this whole hypnotized baloney. Watch me, Melanie. You’re getting very, very, sleepy. Now, repeat after me: In this house, we believe, science is real, Black lives matter, no human is illegal, women’s right are human rights, love is love, water is wet. Oh yeah, and white Christians who celebrate Christmas are homophobic, right-wing bigots who, according to Jojo Sewa, have just a s***ty stance. Repeat this 10 times.

I can imagine it now. A holiday special where no one says Christmas because the name CHRIST is in Christmas. They go around calling the holiday The ‘Mas. The special is centered around a white, Ivy League, educated couple in Portland, Oregon who have two kids-one a trans male to female and the other one a trans female to male who keep changing their names and pronouns every other day. They knew their boy was a “girl” at birth and their girl was a “boy” but did not want to tell the doctor that they knew better than that damn ultrasound. You cannot see anyone’s white teeth because they all wear their masks…like all the time-throughout the whole movie. All their kids want for The ‘Mas is free gender reassignment surgery, hormone treatments and a full ride for a Gender Studies degree at the college of their choosing. They, as a family, have decided to not host anyone this holiday season because, “we’re all in this together” and the plague and all but they are sooooo excited about going to the “diversity talk” on The ‘Mas Eve where they can apologize to their neighbors who they see as “less than” for their white privilege. They are also planning to go to an abortion march on ‘Mas Day but then-BAM-here comes the conflict-the whole family comes down with COVID! To top things off, some homeless drug-addled, Antifa member vandalized their Prius. They all think they’re going to die. But alas, while stuck at home watching Disney Plus, Jolly old St. Anthony Fauci comes to the rescue and down the chimney, he goes-with the latest and greatest vaccine in his sack of surprises. A TRUE ‘MAS MIRACLE!

Of course, I jest. But if something like this comes to a TV station near Conservatives, I would be willing to bet most will not watch it. (I will for the purposes of this blog).

Salon would review this and praise it, I’m sure, but you know what? I’ll take that supersized serving of God stuff 100 times over, all day, every day. Because, in my house, Christmas is, yes, God Stuff. Put that on your stupid lawn sign.