Next post
Round Two: Amy Coney Barrett Vs Feinstein 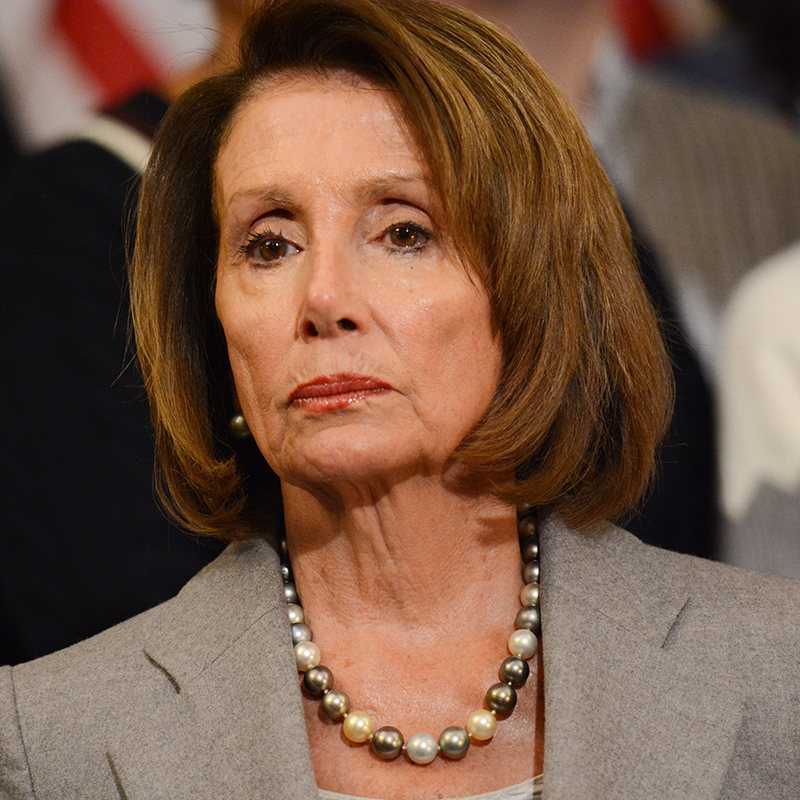 If you’ve watched a Nancy Pelosi presser recently, you’ll know that her behavior is very similar to Joe Biden’s. And by that I mean oft-incoherent rambling indicating her own mental decline (not that the media, or any of her Democratic colleagues—and a lot of squishy Republicans—would dare comment on it). So yesterday, after previous threats to do so, Rep. Doug Collins of Georgia (R) introduced a resolution to remove Pelosi from the speakership. In a nutshell, his reasoning is thus:

Rep. Doug Collins on Monday introduced a resolution to push for the removal of House Speaker Nancy Pelosi, claiming she ‘does not have the mental fitness’ to lead the House of Representatives.”

“‘Speaker Nancy Pelosi’s unwillingness to abide by the Constitution, combined with her recent actions, call into question her own mental fitness, which is why it’s critical that the House of Representatives demand her removal from the line of succession,’ Collins said in a statement to Fox News.”

“The resolution states that Pelosi ‘has spent the majority of the House of Representative’s time pursuing baseless and fruitless investigations’ against President Trump and his administration, including launching an impeachment inquiry against him in the fall of 2019.”

It’s an ironic twist given that Pelosi has been trying to oust President Trump—albeit from office permanently—since he won the 2016 election. So what’s good for the goose, et cetera et cetera.

Now some might say Collins’ move is a political one given 1) he’s trying to win a crowded race for the U.S. Senate where he’s polling (for what it’s worth) behind his competition and 2) it follows Pelosi’s attempt to create an unelected 25th Amendment committee whose job would be removing a mentally incapacitated president, a transparent ploy aimed not at President Trump, but rather a potential President Biden (or senator, depending on the day) who, just yesterday, was once again flipping his lips on the campaign trail…

…which is a clear indication that Pelosi is not only fully aware of Biden’s mental and physical inability to carry out the office he seeks—which is flagrant elder abuse—but that a bait-and-switch scheme to replace Biden with Kamala Harris, and Kamala Harris with an equally-radical VP should their party take the senate and end the filibuster as they’ve promised, is fully in the works.

And that’s about as undemocratic a move as it gets in a constitutional republic, and shows complete disrespect for both our unique and historically-successful system of governance and the American people to whom she serves.

Which brings me to this list of further reasons why Nancy Pelosi does not deserve to remain in the speakership:

Did you notice that during that exchange Biden never denied the accusation?

Now a girl can dream that a person who oversaw all of this destruction and profound corruption, while simultaneously holding the seat that’s two heart attacks away from the presidency, would be removed with bipartisan consensus. If there’s ever been a Speaker worthy of removal, it’s Nancy Pelosi. But the likelihood that the House of Reps will find the cajones to even discuss the resolution, let alone remove a woman who clearly has helped cause untold damage to not only the Trump administration, but the country itself, is next to zero. So the legislation we need is this: an impeachment process for the Speaker of the House him or herself, because if her district clearly won’t act—or has its election process so rigged that even if she lost re-election, she’d still “win”—the country deserves an effective way to remove a Speaker of the House—-again, third in line to the White House—who has clearly, brazenly, and repeatedly abused her power, just as it does for the presidency.

The question is: Will there be bipartisanship on Doug Collins’ resolution to remove the gavel from Pelosi’s grip where she routinely abuses her office, or will it just look like a political counter-punch on the part of Doug Collins, who is mired in a tough race to win a seat in the Senate, and thus die on the vine? I think I know the answer. And it’s not a win for America.

No, Pelosi is dug-in like a blood-sucking tick, and there’s no feasible way to remove her from the speakership. But what we CAN do is remove her from power in November by returning at least 34 seats to GOP hands. It’s a long shot, too, no doubt. But it’s up to We The People to rip that gavel from her cold, corrupt hands.