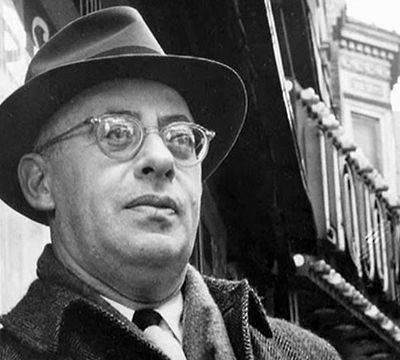 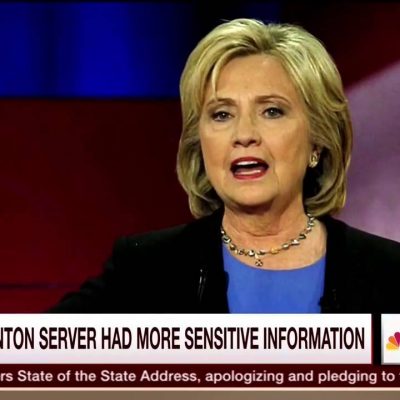 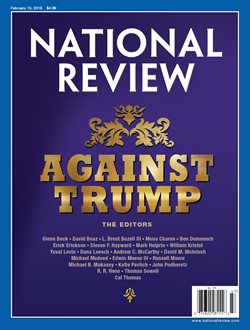 Lets see, one of the many “blizzards of the century” is slated to hit the eastern seaboard and Washington D.C. today. Not only that, but the political rhetoric, usually slow over a weekend has just been jacked up into warp speed. The National Review, headed by Rich Lowry, has published a special edition of the magazine solely dedicated to Donald Trump. 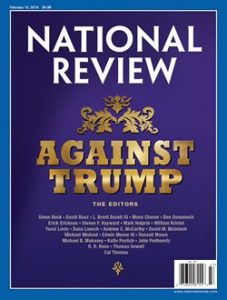 And wouldn’t you know it, before the National Review had a chance to publish, the interwebs exploded into finger pointing, blame, and Twitter tantrums – Donald Trump style.

For months, Republican leaders have worried about how to stop 2016 frontrunner Donald Trump. Now, one of the conservative movement’s most influential publications is taking matters into its own hands.

National Review is dedicating a special issue of its magazine, one week before the Iowa caucuses, to stopping Trump. “Against Trump,” blares the magazine cover. Inside, a blistering editorial questions Trump’s commitment to conservatism, warning voters that backing him is tantamount to allowing the conservative movement to have “fallen in behind a huckster.”

“Trump is a philosophically unmoored political opportunist who would trash the broad conservative ideological consensus within the GOP in favor of a free-floating populism with strong-man overtones,” the editorial reads.

Goodness gracious! Bless their hearts! Opinions are being formed before anyone, including this writer, has read any smidgen of what the National Review published at 10 PM eastern time last night! The Twitter reaction prior to publication is kinda fun to read:

.@NRO Really important to save National Review from going out of business. We need a true conservative voice!

Yo Donald! You meant the New Republic…right?

Here’s the deal folks. The Trump campaign for President has been DRAMA from the beginning. Rambling speeches, interesting and many times incoherent answers, and multiple MULTIPLE Twitter tantrums – many powered by The Donald himself. Many Americans have been worried about his campaign. But more importantly, many have been very worried about his conservative stances, or lack thereof on the issues we face.

Building a fence between Mexico and the U.S.? Great!! Only one question: How are we going to pay for it and how long will it take to build? Ok – that was 2 questions.

Deal or No Deal with Putin and others? You betcha!! Or not. What a way to conduct foreign policy right! As has been asked before, if a foreign leader rubs Trump the wrong way should we expect a world wide Twitter Tantrum? Probably. 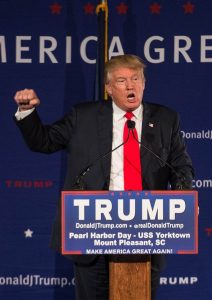 Halting all immigration and sending all those in the United States illegal back to where they came from? GREAT! How will it work? Who pays for the cost of closing our borders and shipping everyone back to their country of origin? Great questions!

The Constitution? Really cool document don’t you know? Oh but when it becomes inconvenient – lets call our own election whenever we want! Seriously folks, saying it once is for a laugh line. Repeating it multiple times… have to believe he’s serious. Yet, given the continued momentum of his campaign, he very well may be. But then again, another worry that we should ALL be aware of is the tactics that he is employing.. those of which Kim articulates so very well here. Can we say Alinsky???!!

Trump has responded. Has he read and will he read, comprehend, and absorb all the articles written at this point? Who knows.

I urge ALL our readers to read, review, and think through every piece that is written. Conservatives yes, but yet they are ALL a diverse group of conservatives who approach their love of this United States from their own perspectives. Thomas Sowell, Cal Thomas, Katie Pavlich, Steven Hayward and others. Thoughtful conservative thinkers who love this Republic. Their reasoning is worth listening to as well:

Do I expect that those who have pledged for Donald Trump will change their minds? No, that would be very naive of me. Given what we face as a country; what I HOPE is that everyone will read this special edition of The National Review in its entirety, ponder the arguments put forth, and then fold that information into their own critical thinking process as we continue through this election cycle. Quite frankly, the responsibilities laid upon us by our Founding Fathers and most specifically by our Constitution demand that we do so.