Next post
Dowd: Biden Should Be Congratulated On Job Well Done In Afghanistan 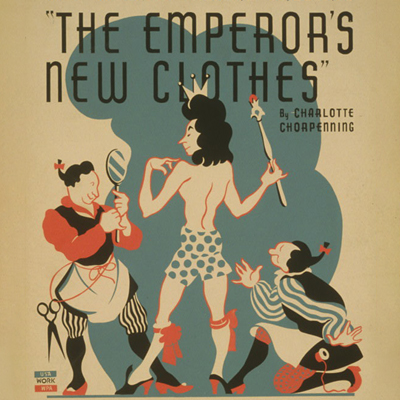 Fox News host Rachel Campos Duffy said the quiet part out loud on Sunday: that Jill Biden should’ve stopped Joe from running for President. She knew that he was dealing with cognitive impairments, but instead she pushed him into the White House. And now we’re dealing with chaos in Afghanistan.

“When you look at what’s hurting America, when you look at this lack of leadership, and you wonder who is responsible for putting someone this incompetent and frankly this mentally frail in this position?”

“As a political spouse, I cant help but look at Jill Biden.”

“No one knew better his state of mind than Jill –  Dr. Jill Biden.”

“And If you ask me, the most patriotic thing Jill Biden could have done was tell her husband – to love her husband – and not let him run in this mental state that he’s in. I think she failed the country as well.”

Well, them’s fightin’ words, according to Michael LaRosa, Jill Biden’s press secretary. He called Campos Duffy’s remarks “disgusting,” and slammed Fox News for even having her on the air. For shame! How dare a network allow a woman to speak her mind!

After all, no one in the media ever attacked Melania Trump, right? Snort. Please show me instances where the mainstream media were kind to the former First Lady — I’ll wait.

LaRosa and the Biden apologists can harrumph about Campos Duffy’s comments all they want, but she exposed Jill Biden as a horrible wife who cares more about reigning as FLOTUS than her husband’s welfare. Or the welfare of her country, for that matter. That’s because Joe Biden has dementia and won’t get better, despite whatever medications they may give him. It’s an insidious, progressive disease.

Furthermore, Biden also has an alarming medical history. In 1988, for example, Biden underwent surgery for two brain aneurysms. That same year he also had a pulmonary embolism (blood clot in the lung), and was diagnosed with atrial fibrillation in 2003. Doctors say that such conditions may lead to cognitive impairments and memory issues.

Yet the Democratic National Committee still saw fit to run Joe Biden for President. And Jill Biden went along with the charade, propping Biden up and pushing back against any reporters who dared to question his fitness for office.

What a despicable person.

Like Joe Biden’s bungling of words and sentences, forgetting names, and mixing up words in sentences. That’s Alzheimer’s. And please don’t tell me that it’s because of Biden’s stutter — he lasted decades in the Senate with the ability to control his disfluencies. His language skills are deteriorating, and he can no longer control it.

And then there’s the recent interview with George Stephanopoulos, parts of which ABC News left on the cutting floor. That’s when Biden forgot specifics about his late son Beau’s military service.

“Look, that’s like askin’ my deceased son Beau, who spent six months in Kosovo and a year in Iraq as a Navy captain and then major – I mean, as an Army major. And, you know, I’m sure he had regrets comin’ out of Afghanistan– I mean, out of Iraq.”

When I first learned of Biden’s confusion about his own son, the first word that popped into my mind was, Mom!

Towards the end of her life, she would confuse the names of her grandchildren. She also forgot the name of our daughter’s husband, whom she had adored. And she forgot what my profession was.

But at least she still knew my brothers and me, as well as our dad. The one blessed part of her experience with this horror show was that she passed away from a stroke, and never got to the stage where she forgot her closest loved ones.

So does Jill Biden know what she’s been foisting on the country she supposedly loves? Does she even care? Or does she trust that someone in the DNC or in Biden’s inner circle will prop up this brittle husk of a man for the next three and a half years (gulp).

Rachel Campos Duffy called out the quiet part: that Emperor Joe Biden has no clothes, and Jill Biden is responsible for promoting the farce that her husband is capable of being President. But now more Americans are coming to the same conclusion, as polls show that Joe Biden’s approval is tanking. His presidency is a sham, and so is his fraudulent, attention-loving wife.