Dowd: Biden Should Be Congratulated On Job Well Done In Afghanistan 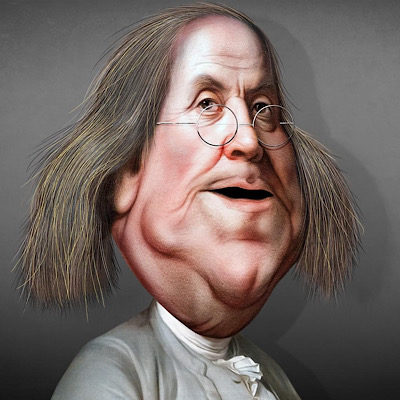 Next post
Guest Opinion: "A Republic if you can keep it."

Dowd: Biden Should Be Congratulated On Job Well Done In Afghanistan

Matthew Dowd, Chief Strategist for the 2004 Bush campaign has said some crazy things of late. Democrats were picking on poor Joe Biden’s approach to Afghanistan (or lack thereof) and Dowd rushed to Biden’s defense.

Then, the Republicans just got brutal on their attack of the Biden Administration’s approach. What did he say? Oh, the response was “way over the top”. Now, what does Dowd say out loud on CNN? That we all should be congratulating Biden.

I actually think the president, from what he was dealt and what he’s done over the course of the last week, should be congratulated on the way this was done.”-Matthew Dowd

It’s bad enough we have “journalists” like Jennifer Rubin standing up to the bullies who are picking on poor, senile, defenseless and weak ol’ President Joe. Bad enough we have Max Boot (up Biden’s a$$) commending Joe Biden’s “more moderate, mainstream and internationalist viewpoint“. Then, there’s Joe Walsh.

I’m really glad Joe Biden is getting us out of Afghanistan.

Along comes Matthew Dowd who says we should congratulate President Joe Biden on his awesome job and stellar display of his internationalist viewpoint and foreign policy. He was not joking. He also wasn’t joking when he called Biden as an empath and relatable.

Compared to that mean-tweeting Trump, Biden is a pussycat. The Taliban knows this.

But still, Joe Biden’s done such a great job, they say. Jen Psaki boasts about the “largest airlift in the history of the United States” in one breath. In another breath, she says “there are NO Americans stranded in Afghanistan” and informs the public, well, of basically nothing while there’s this:

BREAKING: @sethmoulton & @RepMeijer flew to Kabul airport today "to conduct oversight on the mission to evacuate Americans and our allies," Moulton's office says in a new statement. They have now left Kabul after several hours on the ground. 1/?

But Joe Biden is the hero here, moving people out of Kabul as quick as he can. This, according to Matthew Dowd:

We have great compassion for all Afghans who feel like they’re in a country now that they don’t want to belong in anymore, but there’s millions of refugees around the world who feel the exact same way about the countries they’re in, and we as America can’t bring every single person in that wants to come in.”-Matthew Dowd

Oh? We can’t? That was not the song Joe and Kamala were signing in order to get elected in 2020, now was it? Of course, we as America can’t bring every single person that wants to come in, Mr. Dowd. We’ll just let in a few gangsters and criminals at the southern borders. Those Afghan women and children being left behind to live in the country under the Taliban? Well, we have great compassion for them but, they’ll have to stay there for now. Let’s put a pin in that.

Joe Biden is working so very hard, you see. And Matthew Dowd thinks we should congratulate him. We would have to start with congratulating him for winning The White House (cough). We know he worked tirelessly on that campaign trail, toiling from the basement whilst burning the (five hours before) midnight oil. I could see it now- Jill feverishly delivering him his prune juice and pudding cups and planning out her color-coordinated eyesore floral print dress and mask for Inauguration Day. “Now be a good boy, Joe. The Doctor wants to move into The White House.” We need to also congratulate Joe on speeding up the endeavor to get the COVID-19 vaccine out to the masses and single-handedly ending the China Virus (at least until Delta came along). Let’s also not forget to congratulate him on the awesome job he and his cackling Vice President have done at our southern borders. Phenomenal work there, to say the least. And the formidable Democrats working alongside of him in D.C. and in our blue-run states? Yay for racial division, Antifa riots turning our cities into cesspools, Critical Race Theory in our schools and the never-ending lockdowns and mask mandates. And now, this. Afghanistan. We owe Joe Biden a nod of congratulations, according to Dowd. For which part of this cluster do we owe Joe kudos? For initially refusing to answer questions and walking off the podium, perhaps? Or is it for finally agreeing to sit down with George Stephanopoulos after feeling the pressure and answering questions in an interview to be edited pre-public consumption? Or do we congratulate Biden simply for finally pulling out of Afghanistan even though members of our military communities and their families have sacrificed many years only to see the Taliban take over again?

And this is the world we are living in. We’ve gone from giving kids who suck at sports a participation trophy to giving a senile, incompetent fool who sucks at being President words of “congratulations” for botched-up foreign policy? Let’s not forget to pat him on the head and give him an ice cream cone while we’re at it. Who’s a good boy?