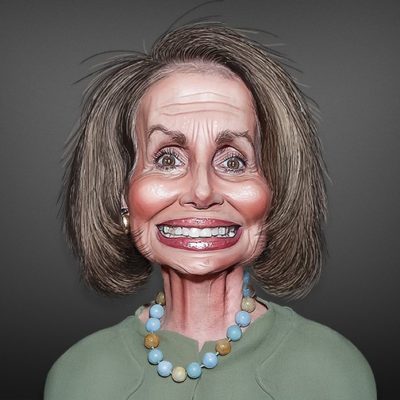 Next post
Delusional Pelosi Loses It In CNN Interview 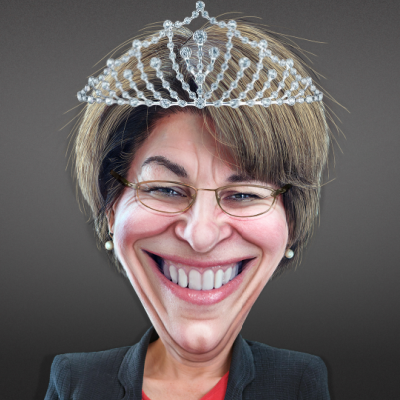 Democrats have no sense of irony. If they did, they would have all laughed when Senator Amy Klobuchar said that she wanted to be queen. Klobuchar made the statement at the beginning of her 30 minute ((questioning)) of Judge Amy Coney Barrett. Democrats have spent four years calling President Donald Trump a dictator and an autocrat. Yet, there was no laughter on their side when Amy K. said she wanted to be a queen.

Earlier in the morning under the inquisition of ACB by Dianne Feinstein, the judge said:

“Judges cannot just wake up one day and say, I have an agenda, like guns, [say] ‘I hate abortion’ and walk in like a royal queen and impose their will on the world,” Barrett said. “You would have to wait for cases and controversy.”

And, Amy K opened up her 30 minutes with this gem:

.@amyklobuchar: "I actually wouldn't mind being a queen around here, truth be known.

I wouldn't mind doing it, in kind of a benevolent queen in making decisions so we could get things done." pic.twitter.com/wuMbVatXgS

In addition to their Trump Derangement Syndrome, the Democrats have a virulent case of Projection. They always accuse others of their own wishes and dreams. Queen Amy Klobuchar would be benevolent. How nice. An autocrat is an autocrat, no matter how benevolent. And, according to her staff, Amy is not such a benevolent dictator:

Her problem is rage, easily uncorked, and directed not at the various forces that might thwart the needs of her constituents, but at the people—many of them young—who work for her. During Klobuchar’s first senatorial campaign, the American Federation of State, County and Municipal Employees decried her “shameful treatment of her employees” in the Hennepin County Attorney’s Office; in March of 2018, Politico reported that she had the highest staff turnover in the Senate. But it has been the recent reporting of BuzzFeed News, HuffPost, The New York Times, and others that has provided the vivid and ugly details of what apparently lies behind those facts. Although many of the staffers and former staffers provided their reports anonymously, the senator has mostly not disputed the specifics, instead seeking to frame the behavior as part of the high expectations she has of herself and her staff.

“High expectations” do not mean you get to be a royal bitch, Queenie.

Queen Amy has decreed that Amy Coney Barrett is no Ruth Bader Ginsberg:

Every Queen needs a fool, and Senator Maizie Hirono was happy to oblige. Maizie the Fool actually asked Judge Amy Coney Barrett if she had made inappropriate sexual suggestions in her career. Put something soft under your chin before you read this:

Senator Mazie Hirono just asked Judge Amy Coney Barrett, a devout practicing Catholic and mother of seven if she has ever sexually assaulted anyone.

You can't make this up. Is this really where we're at?

Hope you didn’t bruise your chin. I warned you.

The Democrats really do have an obsession with pervy behavior. They believed all of the creeptacular things in the Steele Dossier. The Dems believed the accusations against Judge, now Justice, Brett Kavanaugh, even though his accuser could remember where or when her accusations happened. Maisie the Fool told men to “just shut up and step up”?

Now, it’s just not all men in this country who are “perpetrating all” of these pervy things. She asked Amy Coney Barrett whether she had ever perpetrated a sexual crime.

Why are these people in the Senate? They shouldn’t be allowed on a county school board. I have to say that Senator Mike Lee and Ted Cruz were wonderful and taught master classes. Queen Amy and Maizie the Fool did not acquit themselves well.