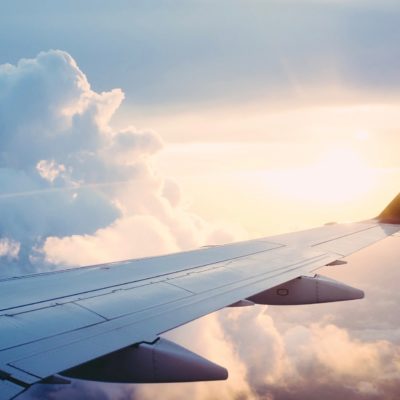 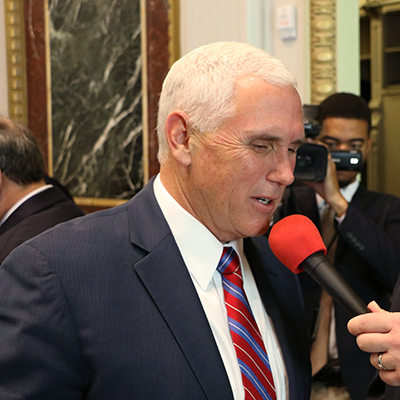 Vice President Mike Pence is in Bogota, Columbia. Why? Because if you paid even a smidgen of attention to the chaos and bloodshed that transpired in Venezuela last weekend, you saw the violence that is always, always the end result of the inevitable failure that is Socialism. A stark reminder:

Illegitimate president, Nicolás Maduro, dances in the streets of Caracas as several innocent Venezuelans, desperate for food and medicine, were murdered by his street gangs, reportedly on his orders.

In response, Pence sat for an in-depth interview on Venezuela with Fox’s Trish Regan last evening. In summary:

1. The Trump administration fully supports interim president Juan Guaidó. Guaidó defied an order by Maduro not to leave the country in order to meet with Pence and members of the LIMA group to formulate plans going forward. Pence expressed confidence that Mr. Guaidó will continue to push for a peaceful transition to his leadership and, eventually, legitimate elections in an effort to foster freedom in the once-thriving country.

2. Sanctions, sanctions, and more sanctions: Maduro “must go.” How, you might ask? Well, more sanctions on oil companies, and encouraging more nations to recognize Mr. Guaidó as Venezuela’s legitimate president, while calling on nations supporting Maduro to rethink their positions (that’d be you, China, Russia, and Cuba). Pence also called on nations like Mexico to stand with “constitutionally-recognized” President Guaidó. He also urged:

“To the people of Venezuela: the American people stand with you, if you will stand for freedom.”

Translation: It’s clear that Pence is encouraging more Venezuelans to rise up against Maduro, who’s shown himself more than willing to turn his firepower against his own, unarmed people. (Note: Socialists like gun control; sound familiar?)

3. Why should Americans be concerned with the situation in Venezuela? Simple, asserted Pence: the threat of “narcoterrorism” spreading into the United States. What Pence didn’t mention: the spread of infectious diseases going untreated in a country where the promised “free” healthcare is virtually nonexistent. Again: Sound familiar?

4. People are starving and causing mass migration out of Venezuela. Pence promised that the Trump Administration will continue pressing to get crucial aid into the country, as well as continued economic pressure. Then, just as Pence was warning that any violence against Americans, interim president Guaidó, and innocent Venezuelans “will not be tolerated,” this news broke:

just talked to my dad. He is safe. He told me that 15 mins into his interview, Maduro stopped him & then forced him & his team into a dark room for 2.5 hours. He was then released without any of his belongings. https://t.co/VoHuESZUK1

This is the video that upset the dictator @NicolasMaduro.@jorgeramosnews recorded it on his cell phone in the streets of Caracas. When he played it for Maduro during the interview the dictator got angry & detained him & his crew in a dark room for over 2 hours. https://t.co/SwM6AKCeX2

Yes, those are Venezuelan citizens rummaging through a garbage truck in search of food.

(The journalist mentioned was Univision’s Jorge Ramos, an American citizen, and his crew. Nothing to see here; move along; it was all just an orchestrated ruse by the evil, American State Department, according to a Maduro yes-man. Wink wink, nod nod.)

When asked to explain what the consequences would be, Pence wouldn’t elaborate, but…

5. Everything is on the table.

All options. Does that include military intervention on behalf of the United States? It certainly sounds like it. That said, President Trump and his cabinet have displayed an unusual knack for diplomacy. They’re in Vietnam this week for a second meeting with North Korean dictator Kim Jong-un, a man who is arguably the Maduro of East Asia. So while Trump won’t take military intervention off the table—why should he? That strategy has proved to do little other than embolden the world’s tyrants—the more likely scenario is that Maduro will be so isolated that his usurped position as “president” will fall on its own. Dozens of his national guard members—along with Cuban-inspired street thugs; these are the goons responsible for the violence thus far—have already defected to Guaidó’s side. Hopefully, it’s just a matter of time before the bulk of Maduro’s military does the same.

Only time will tell if those on the side of freedom can root Maduro from power without a show of force —either overtly or otherwise. He still enjoys the loyalty of the majority of his military, and maintains the backing of the world’s most oppressive countries, including the increasingly-belligerent Vladimir Putin and, of course, the usual suspects in communist Cuba. So whatever’s going to happen will most likely happen sooner rather than later as the walls continue to close in on Maduro. The Venezuelan people have suffered for years, and they deserve both a better life, and the removal of the Socialist shackles that have bound them in misery for far too long.

Meanwhile, though the Democrat Party and its sycophants in academia, entertainment, and the majority of the mainstream media—one of whom gave the murderous Maduro an unchallenged microphone Monday night—continue to deny it…

Please watch this to the end, CNN very quickly cut of this young man when he started warning Liberals not to this…a Venezuela man…
Daniel Di Martino discusses how socialist policies hurt Venezuela https://t.co/DOKuv8svlG via @YouTube

…Americans are getting an extra-large gulp of exactly what Socialism is these past several days, and exactly how much it costs in human lives. Next year, we should stand and shout “No!” to those who would impose it on us here at home, lest we discover Socialism’s inevitable brutality the hard way.