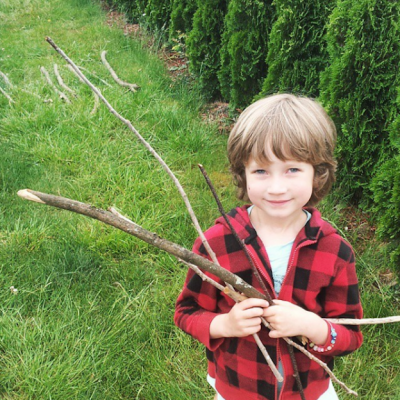 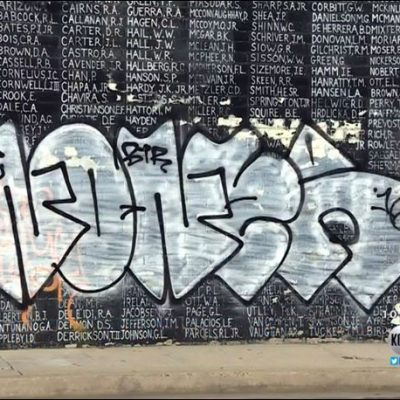 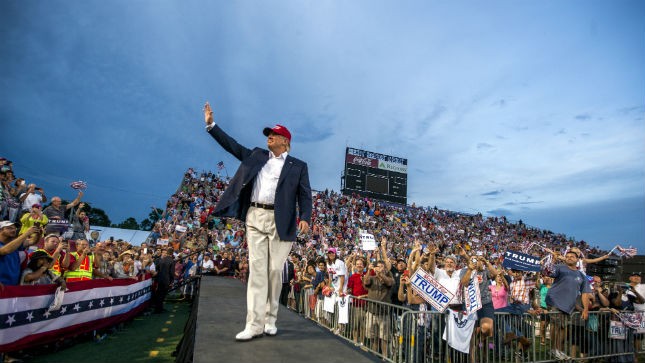 Remember how back in 2008 conservatives sneered at then-Democratic nominee Barack Obama for using Denver’s Mile High stadium for his acceptance speech, complete with styrofoam Grecian columns? 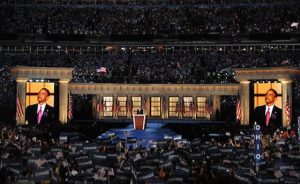 Remember how disgusted they were by the cult-worship exhibited by the throngs gathered in the football stadium as they heralded the ascendancy of their Dear Leader?

Yeah, well, about that.

It looks as if the GOP may be hosting a version of that spectacle, too.

Donald Trump is just not satisfied with accepting the Republican nomination in something as mundane as a convention center. Oh, no, no, no, no! Not to be outdone by Obama, El Trumpo the Peron reincarnation is considering either First Energy Stadium, home to the Cleveland Browns, or Progressive Field, home to the Cleveland Indians, as sites being worthy of his magnificence as he accepts the nomination. 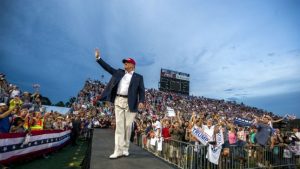 A Trump campaign spokesman told CNN, “It’s going to be a big production. Given Trump’s profile and how he handles things, nothing is off the table.”

Ed Morrissey at Hot Air pondered which would be the more likely venue.

If the choice comes down to the two venues noted, it would almost have to be First Energy. The Indians will be out of town that week so Progressive Field will be technically available, but they have to ensure the field is ready to use for its July 26th matchup against the Nationals five days after the convention closes. Besides, how would it look to have the GOP’s nominee accept the prize at a place called Progressive Field? (Progressive Insurance bought the naming rights for Jacobs Field in 2008.)

That leaves First Energy, a name that would certainly not contrast with Trump’s repeated assertions that he is the high-energy candidate in the race. The Browns won’t use the field until almost a month later in the NFL preseason. The only problem with using the Browns’ venue might be the Browns themselves. The stadium isn’t exactly known as a venue of champions, after all, but maybe (for Hugh Hewitt’s sake) Trump’s association will bring so much winning to First Energy that Clevelanders will get tired from all the winning. They’re certainly rested up now, though.

But there seems to be one teensy little problem that might muck up the works in obtaining either venue.

It’s called money. And Trump appears to be rather low on campaign funds at this point.

Yes, Mr. I’m-Funding-My-Own-Campaign has alerted Senate Republicans that he’ll be short of funds over the next couple of months. After Paul Manafort, Trump’s senior adviser, met with Senators last week, a GOP source familiar with the meeting reported, “They know that they’re not going to have enough money to be on TV in June and probably most of July, until they actually accept the nomination and get RNC funds, so they plan to just use earned media to compete on the airwaves.”

Trump just might be able to coast along without TV ads for a while; with all the free national media he’s been getting he won’t really need to buy much airtime. As Allahpundit pointed out, “If he asked for an hour in primetime on CNN to fart the Star-Spangled Banner, they’d preempt Anderson Cooper without a moment’s hesitation.” Still, enormous venues like sports stadiums aren’t just given away, and the lavish spectacle which Trump undoubtedly envisions will cost the RNC tons of moolah. And if Trump is down in the polls, will the RNC put their money in Senate and House races instead?

Back in 2008, Sarah Palin said of the Obama nomination extravaganza, “When the cloud of rhetoric has passed, when the roar of the crowd fades away, when the stadium lights go out and those styrofoam Greek columns are hauled back to some studio lot, what exactly is our opponent’s plan?” Should Trump manage to pull off such a lavish, spectacular bit of theater, will Trump supporter Palin be critical of such display? Or will she, like other Trump supporters, merrily partake of the hubris-laden cult worship the Trump Train has become?

As my late mother would say, “It all depends on whose ox is being gored.”