Previous post
Democrats Should Be Sorry They Let The Squad Rule 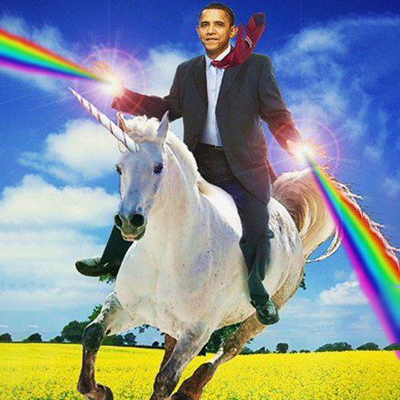 You know Democrats are getting desperate when Barack Obama emerges like a groundhog to save the voting rights bill. Actually, he sees his party circling the toilet bowl thanks to Joe Biden, and he wants to halt the flush. So on Wednesday, he wrote his first opinion piece since leaving the White House in 2017 for USA Today.

Let’s recall here that the former president doesn’t exactly have respect for his veep. After all, during the 2020 primaries, Obama famously told another Democrat, “Don’t underestimate Joe’s ability to f*ck things up.” And Joe Biden has certainly done exactly as he had warned, and during the first year of his presidency, no less.

I don’t know how it happened that Obama decided to write this op-ed, but I can certainly see some bigwig Democrats imploring him for help. Kind of like Princess Leia asking Obi-Wan Kenobi to save her government.

Help us, Obi-Wan Obama! You’re our only hope!

The final straw came on Tuesday when Biden gave a disastrous tirade of a speech in Atlanta to promote his voting rights bill.

When Biden Went Down to Georgia

Speaking in Atlanta, GA, Biden ranted and spewed falsehoods in order to promote his beloved bill. Dems, of course, want the bill to pass — and pass without the 60-vote filibuster rule. Their goal is to achieve total political power into perpetuity with things like permanent mail-in ballots, vote harvesting, and federalized voting.

So Biden went haywire by accusing Republicans of establishing “Jim Crow 2.0” when they changed voting laws in some states — laws which are no more restrictive than those in ultra-blue New York or his own home state of Delaware. And as for Democrat Sens. Joe Manchin and Krysten Sinema — who won’t challenge the 60-vote filibuster rule so the bill might pass — well, they’re Bull Connor or something. Along with all Republicans, of course:

That speech made even Sen. Dick Durbin, the Number 2 Senate Democrat, cringe. “Perhaps the President went a little too far in his rhetoric,” he told CNN’s Jake Tapper.

Biden’s ravings also left the door wide open for Republicans to pile on. Like Senate Minority Leader Mitch McConnell, who took to the floor on Wednesday to torpedo Biden’s speech:

“Twelve months ago, the President said that “politics need not be a raging fire destroying everything in its path.” That was just twelve months ago. Yesterday he poured a giant can of gasoline on that fire.”

No wonder Democrats want Obama to pull them from this inferno.

Obama Is No Voice of Moderation, Either

In his USA Today editorial, Barack Obama also invoked the specter of Jim Crow, claiming that the filibuster was usually used by “Southern senators to block civil rights legislation and prop up Jim Crow.” Citing from leftwing think tanks, he claimed that “state legislators in 49 states have introduced more than 400 bills designed to suppress votes.” He accused Republican state lawmakers of gerrymandering and creating less competitive voting districts. Obama also declared that state legislatures are engaging in voter nullification as they certify election results.

And finally, Obama referenced a certain former president, along with certain media outlets which remained unnamed. And he deftly twisted them all into January 6:

“While the American people turned out to vote at the highest rate in a century in the last presidential election, members of one of our two major political parties – spurred on by the then-sitting president – denied the results of that election and spun conspiracy theories that drove a violent mob to attack our Capitol.”

“Although initially rejected by many Republicans, those claims continued to be amplified by conservative media outlets, and have since been embraced by a sizable portion of Republican voters – not to mention GOP elected officials who do, or at least should, know better.”

Obama is no different than the rest of his party. Donald Trump lives in his head rent-free, too.

And finally, Obama said that we must pass the voting rights bill because. . . John Lewis!

“Now is the time for all of us to follow John Lewis’ example. Now is the time for the U.S. Senate to do the right thing. America’s long-standing grand experiment in democracy is being sorely tested. Future generations are counting on us to meet that test.”

It’s Not Democracy That’s Being Tested

Democrats like Biden and Obama may caterwaul that democracy will be in deep doo-doo if the voting rights bill doesn’t pass. But they’re actually alarmed because their party is in deep doo-doo right now, thanks largely to Joe Biden.

So Congressional Dems are pedaling furiously to cover for Biden’s hapless Covid management. Some House members are introducing bills that would provide universal free testing, as in two tests per week for every American. Others are pushing to provide three N95 masks to every citizen.

Progressive Democrats are angling for Biden to use executive powers for total student loan forgiveness.  And finally, since rapid inflation is affecting everyone, Lael Brainard, Biden’s pick for number 2 at the Federal Reserve, will tell members of the Senate Banking Committee on Thursday that “inflation is too high.” “This is our most important task,” she’ll say.

Meanwhile, the latest Quinnipiac Poll shows Biden with a paltry 35% approval rating, and it’s falling fast. Quinnipiac may be the outlier with numbers in the 30’s, but the eight other recent polls all show Biden’s numbers dropping like a rock.

No wonder the Democrats trotted out Barack Obama to write that op-ed piece. They hope he can throw a Hail Mary pass to save their game, but, as Obama himself said, “Don’t underestimate Joe’s ability to. . .” well, you know the rest.