Previous post
ACB On Her Way to The Thunderdome

Next post
Trump Not That Smart According To Joe Biden 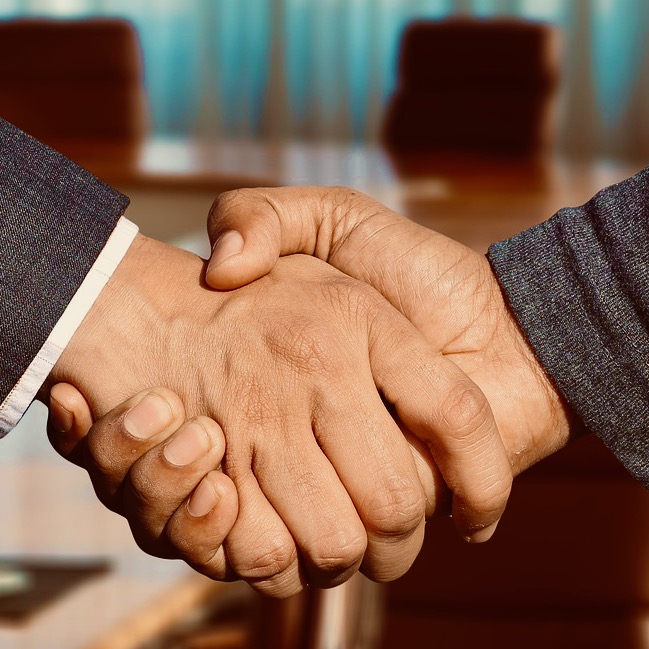 Debate rules are set. Handshakes? Don’t even think about it. Elbow-bumps? AWKWARD! Those are just a few of the rules set for Tuesday night’s debate between President Trump and Joe “Basement Dude!” Biden.

“The two sides have decided to forego the traditional pre-debate handshake in light of the virus, according to a person with direct knowledge of the negotiations. They also won’t do an elbow-bump, a coronavirus-era handshake substitute which both campaigns saw as awkward.

Neither Trump nor Biden nor the debate moderator, Fox News host Chris Wallace, will wear masks.”

I really had to chuckle at the whole elbow-bump and handshakes thing. Yes indeed, that would’ve been awkward as hell. That said, this is shaping up to be one heckuva week leading up to Tuesday night’s debate.

“Debate topics will include: the Trump and Biden Records, The Supreme Court, COVID-19, The Economy, Race and Violence in our Cities and The Integrity of the Election, according to a press release from the commission on presidential debates.”

With Amy Coney Barrett’s official nomination, and the media going full on ugly against her and her family, it will be interesting to find out what questions Chris will ask about the Supreme Court.

Meanwhile, Joe Biden, who didn’t campaign yesterday for the TWELFTH time this month, issued a statement regarding her nomination.

I dare say that is an handshake worthy statement!! Did Joe even write it? At least it hit all the buzz words! Unions, Obamacare, illegal immigration, and abortion. That’ll fix Trump’s wagon! Then again, I guess Joe and the campaign, who had a sit-down event with a grand total of nine people yesterday seem to think they will be on solid ground Tuesday.

“Speaking on MSNBC, Biden laid out his strategy and revealed he’ll be taking the fight to Trump on the debate stage. “I’m prepared to go out and make my case as to why I think he’s failed and why I think the answers I have to proceed will help the American people, the American economy and make us safer internationally,” the former vice president said.”

Here’s the problem with Joe’s interview on MSNBC.

Awkward. MSNBC’s Stephanie Ruhle just had to help Joe Biden remember what he’s talking about after he loses his train of thought pic.twitter.com/5u49j8P9zU

Here’s more of the interview with Joe.

Notice anything? It’s heavily edited. It takes some searching to also find the clip where Biden compared Trump to Goebbles. Oh yes, that happened. I guess it’s totally ok to do that if you are a Democrat. MSNBC’s Stephanie Rule didn’t even blink when Biden tossed that out. Heck, even The Hill wrote about it…with not one peep about how Biden stepped over the line for essentially calling a sitting President a Nazi. Politico went even further by describing Goebbles as an “authoritative figure,” as if Goebbles was just this poor misunderstood dude. Again, it’s ok when a Democrat does it. Understandably the Republican Jewish Coalition is calling out Biden for his remarks.

RJC Calls on @JoeBiden to Apologize for “Goebbels” Comment pic.twitter.com/jNES4CwjkL

Meanwhile, Nancy Pelosi is having botox conniptions about the upcoming debate.

“House speaker Nancy Pelosi stated during an interview with CBS News anchor Gayle King that she does not believe Democratic nominee Joe Biden should debate President Donald Trump, accusing Trump of having “no fidelity” to the U.S constitution, facts or truth.

Pelosi also stated that while she believes Biden will perform well against Trump, despite claims of cognitive decline from numerous outlets, that the president’s comments make him a “danger to our democracy.”

“Trump and his henchman are a danger—with their comments—are a danger to our democracy. So I don’t want to give him—why bother? He doesn’t tell the truth, he isn’t committed to our Constitution,” Pelosi said to King, who pushed back against Pelosi’s statements.”

Gayle King just put Nancy Pelosi in her place for calling Trump supporters henchmen.
Pelosi is projecting. It she & the Democrats have no regard to the constitution. It is them who said Biden should not concede under ANY circumstance. That’s a declaration of war https://t.co/RB2EqQw3WC

Kind of shocked that Gayle pushed back against San Fran Nan for that. I’m sure there were zero handshakes from Nancy in the future!

This debate is shaping up to be either a train wreck of painful embarrassment for the Biden campaign, or Biden will call another lid the day of, and somehow the media will spin it as Trump’s fault.

In NO way, shape, or fashion is Joe Biden running a presidential campaign. He thinks you’re all morons who will vote for him for the very act of existing. https://t.co/LxaEZbOjoV

That’s ok though! The important thing is, there will be zero handshakes given.