Previous post
No Handshakes Or Elbow-Bumps For Trump Biden Debate 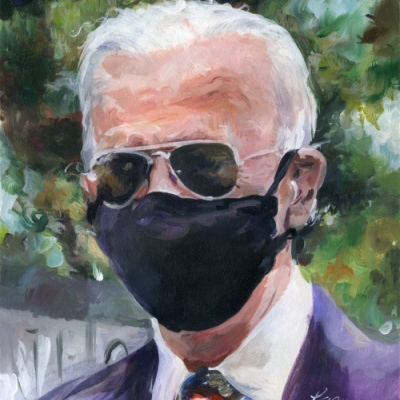 In an interview with Stephanie Ruhle of MSNBC, Joe Biden called Donald Trump a liar, said he is not that smart, doesn’t understand domestic or foreign policy, compared him to Joseph Goebbels, the Minister of Propaganda for Adolf Hitler. Presidential politics ain’t bean bag, thank you to Peter Finley Dunne. We get that. Comparing anyone in the United States to the man who facilitated the murder of millions is a reprehensible low, even for the hairy legged Biden.

In the Presidential election of 1800, Thomas Jefferson was running against his Vice President John Adams. According to Mental Floss, at least the slurs then were more creative:

Jefferson’s camp accused President Adams of having a “hideous hermaphroditical character, which has neither the force and firmness of a man, nor the gentleness and sensibility of a woman.” In return, Adams’ men called Vice President Jefferson “a mean-spirited, low-lived fellow, the son of a half-breed Indian squaw, sired by a Virginia mulatto father.” As the slurs piled on, Adams was labeled a fool, a hypocrite, a criminal, and a tyrant, while Jefferson was branded a weakling, an atheist, a libertine, and a coward. Even Martha Washington succumbed to the propaganda, telling a clergyman that Jefferson was “one of the most detestable of mankind.”

Joe Biden has never been accused of being creative or even smart. In his best days, Joe was cunning. Not now.

Biden is doing a little, very little, friendly media ahead of the Tuesday debate in Cleveland, Ohio. Here is the video from the Ruhle interview:

Okay, Joe. People know that Trump is a liar? I see that all the time. The Washington Post has made much of the claim of 20,000 lies told by Donald Trump. You can read the article here, but most of them are difference of opinion. Trump is a New York builder. For him, everything is best, greatest, most spectacular EVAH. And, he is very generous in his praise of others. Trump does not always claim “I’m the guy” like Biden does. Although, to be fair, Trump does have an ego the size of Manhattan. Trump is smart enough never to have been accused of plagiarism.

Next, Biden claims that Trump is not that smart and doesn’t know the facts. Joe, Donald Trump won the Presidency the first time he ran. Joe, this is your third time. Trump built an amazing economy before the WuFlu hit us. Joe Biden likes to tout rebuilding the economy after the 2008 economic crash. He doesn’t like to talk about the $825 billion spent on Solyndra and shovel ready jobs that weren’t shovel ready. Don’t get me started on how the GM Bondholders got screwed in the bailout. Who’s not smart and doesn’t know domestic policy?

About five years ago, former Defense Secretary Robert Gates reached what was then considered a startling conclusion: Joe Biden, who was at that point the vice president, had been wrong about “nearly every major foreign policy and national security issue over the past four decades.”

On Afghanistan, Iraq, the killing of Osama bin Laden, and more, Biden’s influence proved disastrous, Gates alleged in his tell-all, Duty. This was unsettling, in part because former President Barack Obama had selected Biden as his running mate partially because the longtime senator had what he lacked: foreign policy experience. To then hear from your defense secretary, who had stepped down from the Obama administration in 2011, that Biden’s role in the White House helped create a “category five shitstorm”? That surely struck a nerve.

But the worst was Biden comparing Trump to Joseph Goebbels:

“You’ve said it very clearly, you are not a socialist. And you actually have a record to prove that you’re not,” Ruhle told Biden. “But what the president does, he says you are, he says it twice as often and twice as loud. How do you combat that lie when he keeps pushing it, and some voters start to believe it?”

Within less than a minute, Biden also said that Trump is “more Castro than Churchill.”

Ruhle did not push back against Biden’s claim that Trump was akin to Adolf Hitler‘s propaganda minister.

Politics ain’t beanbag, but when you compare your opponent to a mass murderer, you have gone to far.