Dems Forget Our History With Iran–Again

Dems Forget Our History With Iran–Again 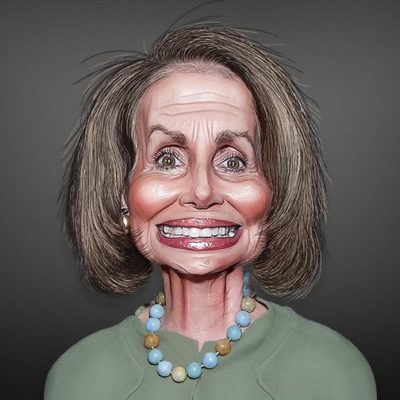 We shouldn’t be surprised. After all, Trump Derangement Syndrome is alive and thriving in the mind of most Democrats on Capitol Hill. We’ve seen it throughout the impeachment farce. Now we’re getting a new angle of it in the ongoing hostilities with Iran. To hear the Dems tell it, all problems with Iran begin and end with Donald Trump. How easily they forget the decades of problems we’ve had over there. How quickly they forget the role Jimmy Carter played and how relations between our nations have never been easy since then. Of course, to remember would be to deviate from the narrative of “Orange Man bad”and the liberal leadership is more than willing to continue marching in lockstep with the narrative.

At approximately 5:30 Eastern yesterday afternoon, Iran launched the first of two attacks against airbases in Iraq where American forces are stationed. Initial reports say there were no American casualties. However, contrary to earlier reports, new reports are now claiming there were casualties among Iraqi forces stationed at the bases. The 15 or so ballistic missiles fired at the locations in Iraq originated in Iran–no surprise there. According to reports, the attacks were in response to the strike that killed Iranian Quds Force Gen. Qassem Soleimani. Again, no real surprise.

Nor is it any surprise that the Dems are losing their collective minds over the latest turn of events. Speaker of the House Nancy Pelosi was in a meeting with other “lawmakers” (and I use that term loosely where most of them are concerned) about the situation with Iran when she received word of the first attack. Her response is bad even for her.

Closely monitoring the situation following bombings targeting U.S. troops in Iraq. We must ensure the safety of our servicemembers, including ending needless provocations from the Administration and demanding that Iran cease its violence. America & world cannot afford war.

Hmmm, perhaps she should have stopped with the first sentence. After all, much as I wish there was some magic spell we could cast to keep our service members safe, there isn’t. Not in this world and certainly not where Iran is concerned. The Marines assigned to our embassy in Tehran weren’t safe when the “revolutionaries” took it over and our people held hostage for months and months. Or how about the 1983 Beirut barracks bombing? Those are just two of many incidents where Iranian forces have targeted our military. Just like they did yesterday.

“Needless provocations from the Administration”. Say what? What the hell has Nancy been smoking or drinking or both?

But here’s the kicker. When someone is targeting your nation, when you know (or at least should if you have two working brain cells) a nation wants nothing more than to bring your country to its knees, you sure as hell don’t say you can’t afford war. What does that say to our military? What does it say to our enemies? Very simply put, it tells them she thinks we are too weak to take care of our own interests and we might as well hold our hands and surrender.

Not only no, but hell no. Here is one of the best responses to Pelosi’s tweet I’ve seen:

Unfortunately, Pelosi (spit) isn’t the only one displaying their lack of faith in our nation or, frankly, their disloyalty.

Former Sec. of State @JohnKerry – who negotiated the Iran nuclear deal – on confirmed attacks on Iraqi military bases following the killing of General Soleimani: "I think it's a tragedy for the world that instead of diplomacy, this administration has rushed to confrontation." pic.twitter.com/TVX1ChG8mW

He wants diplomacy. Rolls eyes. After all, going “tit for tat” isn’t going to do anyone any good. Maybe instead of telling us that, he should be telling that to his good friends over there. They could have hit only one base, said this is what will happen if you keep at us, and left it at that. But no, they hit two bases. Then they threatened to strike in the US. But Lurch wants “diplomacy”. Maybe he thinks we should just send more money Iran’s way. After all, it worked so well for Obama and it certainly had nothing to do with the situation we now find ourselves in. Yes, my tongue is firmly planted in my cheek.

There are others, but I can only stomach so much Twitter insanity before I want to throw my laptop against the wall.

The media is helping fan the TDS response to what happened as well. Reuters and CNN both posted video that supposedly shows part of one of the attacks. I say supposedly because the video was supplied by Iran state media. CNN did admit the video was “unverified”.

Twitchy has it right when it says this about such video:

Unverified” video from an Iran state media that routinely passes along bogus or misrepresented pics and video?

The New York Times, acting as a true part of the Democratic Party propaganda arm, gave plenty of space to Iran to justify its attacks.

Iran took & concluded proportionate measures in self-defense under Article 51 of UN Charter targeting base from which cowardly armed attack against our citizens & senior officials were launched,” Mr. Zarif said.

We do not seek escalation or war, but will defend ourselves against any aggression,” he added.

Where is the condemnation for the attacks? It’s not there. But the Times and other media outlets, not to mention Democratic pols in DC, were quick to condemn Trump taking action after our embassy–OUR embassy–was attacked. I guess they’d have been happier with another Benghazi. Like it or not, Iran is engaging in war against us.

I’m old enough to remember the Iranian Crisis in 1979/1980. I remember watching friends and family members ready to answer the call of our government to not only free our hostages but make sure such actions were never again taken against our country. As the mother of a member of our military, I know my son stands ready to serve and protect our country and to insure the foundations upon which it was built are defended. It’s too bad so many politicians, those people supposedly in the nation’s capitol to safeguard our country’s best interests, don’t share those sentiments.

Has Iran crossed a “red line”? In my mind, they have. I don’t want war. But I also don’t want to sit here, waiting like a lamb to the slaughter.

It is time to finally remind the world just what the United States stands for. It is time to stand up for ourselves and quit bowing to interests that would rather see us fall than see us succeed.