Next post
Teen Vogue: Mobilize Towards A Socialist Future 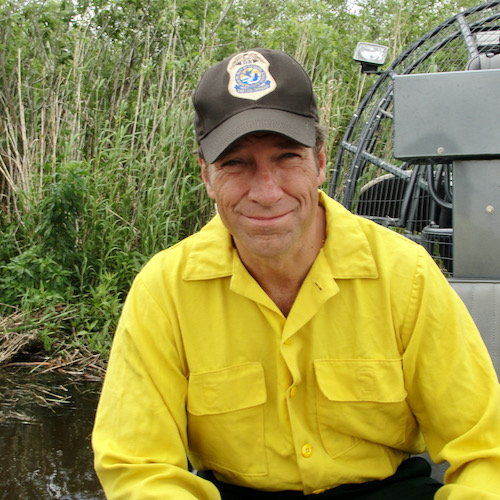 Mike Rowe offered up his take on vaccines and the politics surrounding the virus in a thoughtful Facebook post two days ago.

In his opening he makes it clear that, while he himself did his own research and made his own personal choice to get vaccinated, he has refused multiple requests to do public service announcements pushing for folks to get vaccinated. Why?

Let’s look at what he had to say in regards to the whole ‘2 weeks to flatten the curve’ mess, and his own commentary about all of us being in the same boat.

Well, I was wrong about that, too. We were not in the same boat, not then or now. We were in the same storm, but our boats were very different. Some prospered during the lockdowns and rode out the gale in yachts and pleasure crafts. Others floundered and weathered the storm in rowboats and dinghies. Some had no boat at all and hung on for dear life to whatever flotsam and jetsam they could find. Point is, I said some things I regret back then, and spoke too broadly to too many. Thus, the only thing I’ll say now regarding the vaccine, is that there is risk in everything we do, and there is risk in everything we don’t do. Thus, there is risk in getting vaccinated, and there is risk in not getting vaccinated.

All you have to do is look around you to see who did and who didn’t benefit from the two weeks of lockdowns that were extended for over 18 months. The big box stores and big groceries were deemed essential. Small businesses were shut down. Our children were kept out of school, out of sports, playgrounds were shut down, and the hysteria of fear-mongering by politicians and the media ramped up to a billion.

Mike Rowe goes on to point out the issues of mixed messaging that we’ve received from our betters in the media and politics.

If this were a Peanuts cartoon, those people would be Lucy, pulling away the football at the last moment while a nation full of Charlie Browns land flat on their collective back, over and over and over again. Those people you refer to – elected officials, journalists, and most disturbingly, more than a few medical experts – have moved the goalposts time and time again, while ignoring the same rules and restrictions they demand we all live by. They’re always certain, usually wrong, incapable of shame, and utterly void of humility. Is it any wonder millions find them unpersuasive?

I give you two very recent cases in point.

The media is rushing full speed ahead in shaming any and all who dare ride those redneck motorcycles to Sturgis, SD. ‘It will be a super spreader!’ ‘The Delta variant cases will explode during and after Sturgis!’ ‘Hospitals will be overrun!’

Meanwhile, Lollapalooza received no such fear-mongering from the media. Where did Lollapalooza take place? Chicago. If there were any concerns about the Delta variant raised by the media, it was relegated to the 44th page of the Chicago Tribune or mentioned as an afterthought during the evening news.

Obama’s birthday party. Friends, family, and celebrities were going to gather to celebrate, all four hundred and seventy five of them.

Uh oh, oops! He got caught, so decided it was only close friends and family.

Now, I don’t know about you, but it sure does look like that’s a tent large enough for the entire ORIGINAL invite list!

Mike Rowe is correct that the mixed messaging has and is causing issues.

He's not talking about medicine. He's talking about the repeated inconsistent messaging from government health experts and the damage it's done to their credibility. It's understandable for people to be skeptical. He's not making any medical judgment or providing medical advice.

Don’t get us started on that troll under the bridge named Fauci. Also don’t get us started on the harm it has caused our kids over the last eighteen months, the harm it has caused those with special needs, nor the medical harm caused too many. Meanwhile the CDC, is recommending that new mandates should be put in place. Yet when even CNN questions the science behind those recommendations, CRICKETS.

The CDC in action, via CNN’s @oliverdarcy pic.twitter.com/skK38HxhnY

The Bulwark, which morphed from conservative to democrat b/c they’ve allowed President Trump to live rent free in their heads, has an issue with Mike Rowe, saying his post is full of dirty lies.

Rowe’s response is worth reading in full, because it is either an example of despicable dishonesty or breathtaking stupidity.

And you know what? That’s fair enough. If Rowe doesn’t feel comfortable telling others what to do when it comes to public health, that’s reasonable. Except that two paragraphs later he starts just asking questions about public health.

According to the Bulwark’s Jonathan Last, Mike Rowe nor anyone else is allowed to question the EXPERTS. Which experts? Everyone in the Biden Administration, at the CDC, and Fauci are the experts it seems.

Mike Rowe is correct, whether you are vaccinated or not, the mixed messaging we’ve received on the virus and the vaccines is a very big problem.