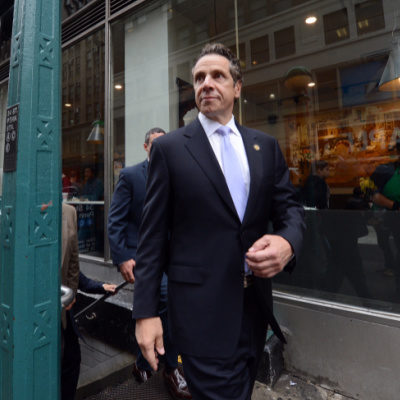 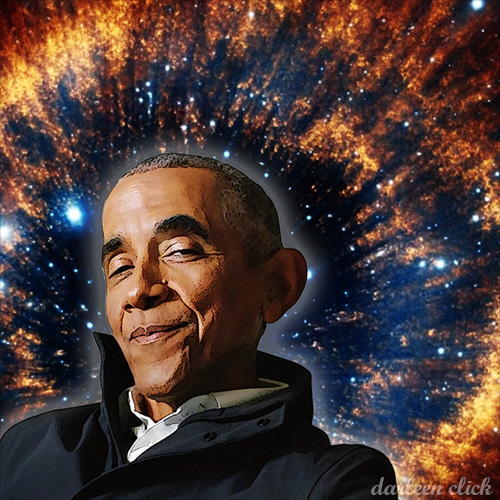 by Deanna Fisher in People 12 Comments

It turns out that there are some things that even Barack Obama, the Chosen One of the media, cannot do.

After it was announced that Obama was moving forward with a 60th birthday party for the ages with a guest list of over 400, the pushback began. The hypocrisy was obvious, given the CDC’s freakout over the delta variant. And yet, Jen Psaki tried her very best to spin away any questions, asked by – you guessed it – Peter Doocy.

Oh dear, Psaki really tried her best there. She tried. She even speaks fondly of Obama as “my former boss,” as if we didn’t know who to blame for giving her an initial taste of power to begin with.

But that was Monday. And then the wheels began to come off the party bus. Pearl Jam, who was supposed to be performing at the party according to the Axios report (which they then went back and helpfully edited out of their article, but the original can be seen here), announced that noooooo, they weren’t, who said that they were?

The Obamas are hosting a star-studded event to ring in the 44th president’s birthday. This weekend, the vent will take place in Martha’s Vineyard in Massachusetts. As part of the festivities, many thought Pearl Jam would perform at the event. But on Monday, a spokesperson for the band announced that isn’t the case.”

The spokesperson didn’t expand on why the band wouldn’t be attending or playing this weekend. While the group is based in Seattle, Washington, lead singer Eddie Vedder grew up in the suburbs of Chicago. He and President Obama have been friendly throughout the years because of their connection to the Windy City. However, Pearl Jam will not be helping Obama ring in his 60th birthday this time around.”

Did Axios get this wrong to begin with? It’s possible. Is it also possible that the band saw the bad optics and pulled out of the party? Yes. And the party provided plenty of opportunity for criticsm and snark from elected Republicans.

“Democrats are imposing unscientific mask mandates while contemplating more lockdowns. Meanwhile, President Obama is hosting over 500 elites at his Marthas Vineyard mansion. If you or I did that it would be called a super-spreader event by the Democrats,” said Rep. Elise Stefanik, chair of the House Republican Conference.”

“Typical liberal ‘do as I say, not as I do’. This is what socialism looks like.”

Rep. Nicole Malliotakis (R-Staten Island) told The Post there’s a double standard for Democrats like Obama and that high-profile Republicans would be shamed for throwing the same kind of event.”

“Just like President Obama, every American should have the right to celebrate their milestones without arbitrary government mandates and interference. We all know if this was President Trump the left would be screaming,” Malliotakis said.”

Just imagine if this party was for Trump. https://t.co/gg4wrGI4Ua

Well, apparently the optics and blowback was finally enough to even prick the ego of Barack Obama. The huge party is officially canceled as of this morning, a spokeswoman says.

Hundreds of people were expected to attend Obama’s 60th birthday bash at the 44th president’s Martha’s Vineyard home scheduled for Saturday, and some prospective attendees were already en route to the party, The New York Times reported. Others were in the process of mandatory coronavirus testing before the Obamas decided to limit attendance to family and friends.”

“Due to the new spread of the Delta variant over the past week, the President and Mrs. Obama have decided to significantly scale back the event to include only family and close friends,” Hannah Hankins, a spokeswoman for the former president, told The New York Times. “He’s appreciative of others sending their birthday wishes from afar and looks forward to seeing people soon.”

Cue David Axelrod, who never passes up a chance to show Obama some love, defending the birthday boy.

Former top Obama adviser David Axelrod told the Times: “They’ve been concerned about the virus from the beginning, asking invited guests if they had been vaccinated, requesting that they get a test proximate to the event.”

He added: “But when this was planned, the situation was quite different. So they responded to the changing circumstances.”

And yet it still took until the morning of the planned party to announce that it was being scaled back to ONLY “family and friends.” No word on which “friends” will still be coming to the party. Steven Spielberg? George Clooney? Oprah Winfrey? Please define the word “friend,” there. And what does “limit attendance” mean when the guest list was numbered at 475 people? This could still be a large party, much larger than we are being led to think. Even shaving a couple of hundred people off the list still makes this party bigger than most of the weddings that have been held during the pandemic.

But still, the fact that Obama is being made to back off the blowout because not even he can control the public perception of partying is absolutely fitting. I am sure that details will leak out post-party about who was there and what was done, and Barack Obama will still have a 60th birthday party on Martha’s Vineyard among the rich and famous. He just won’t get everything he wanted. Welcome to being a 60 year old adult.