Media Want A Falling Out Between Trump and Fauci 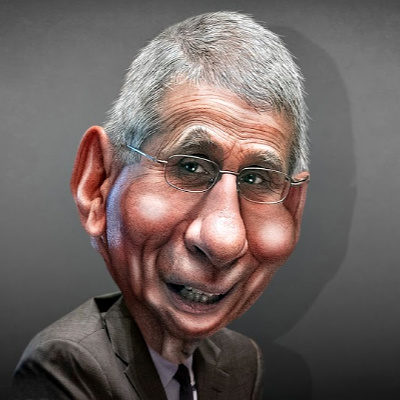 Next post
Anthony Fauci Wrong About A Whole Lot

Media Want A Falling Out Between Trump and Fauci 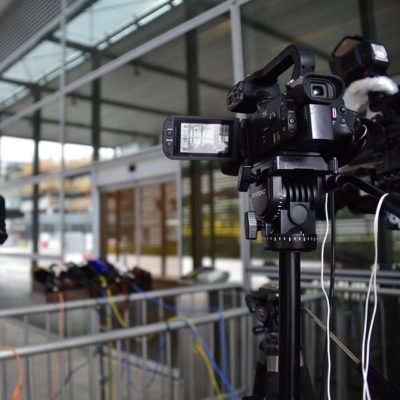 Two things can be true at the same time. The mainstream media has absolutely failed to provide honest reporting during this pandemic because they loathe President Trump. President Trump rage-tweeting at the media doesn’t help anyone.

The media’s failures in this period of time has been well-documented. Between complaining about the travel ban from China as “xenophobic” to whining about the lack of “diversity” on the coronavirus task force, to dissuading people from wearing face masks while privately making sure they had some of their own, to asking inanely stupid questions because they loathe the daily pressers, the media has just sucked. Now, President Trump has dealt fairly well with the media when he stands in front of them, often dressing them down on camera. And oh my, some of them absolutely deserve having their noses rubbed in their own crap.

Right now, the country is at a crossroads. It’s fair to say that the American public is beginning to chafe under a myriad of issues, including governors who think they are petty dictators, trying to work within social distancing guidelines and STILL being targeted for it, the loss of jobs, and the loss of lives – and there is no set of guidelines or benchmarks that the average American can measure with their own eyes to actually see any light at the end of the tunnel. The model projections, to a public that is used to instant “CSI” science solving everything within less than 60 minutes, is being shown the raw reality of science. These models only work with the data that they are given (and they MUST be transparent when the data they are using changes). Definitive answers about medications like hydroxychloroquine and others, or how quickly a vaccine would be ready, are part of long and boring clinical studies that consist of a LOT of trial and error. Obviously, some of that has been speeded up due to the gravity of the moment, but the medical community is focused on one thing only – the one thing they are always focused on – saving lives. The problem is that people aren’t going to live their lives isolated in their own homes. The real question is, has the “curve” been “flattened” enough so that hospitals will not be overwhelmed? According to the IHME model that has been such a large part of the federal government’s response, the “peak date” for hospital resource use has now passed in certain areas of the United States. We need to know hard facts, so that the American people can have a goal to look toward.

The media, who despises President Trump, is more than happy to prop up Joe Biden and his “plan” to reopen the economy (while they gloss over the sexual assault allegations at the same time). Spoiler alert: the Biden “plan” offers no hard guidelines either. Biden’s plan is centered around more testing and more social distancing while waiting for the numbers to drop (to where, he can’t say), while beating his favorite drum of the Defense Production Act to make all the things… that are already being made, and even sent around from state to state. So no, there is no “Biden plan” that has hard numbers. President Trump now wants to create a new task force to figure out a plan. But as of this moment, we have no end goal that would signal the end to the government shutdown of the economy to aim for.

The media knows that Trump is frustrated with the state of the economy, and is anxious to see the country restarted. And here’s where the president is busy committing own-goals. His Twitter feed is one of the only unfiltered ways that he reaches out to the public. But it is unfiltered. And when Trump has had enough, he goes on a Tweeting rampage – which makes the media absolutely salivate. Hours after retweeting an interview that Dr. Fauci gave to Fox News…

… the president, in the middle of yelling at the media on Twitter, retweeted this. That hashtag in the original tweet was a red flag.

Sorry Fake News, it’s all on tape. I banned China long before people spoke up. Thank you @OANN https://t.co/d40JQkUZg5

And the media pounced. They could not WAIT to run with this one!

Now, the media isn’t particularly fond of Dr. Fauci because they don’t truly like anyone who they know is smarter than themselves, and he refuses to be openly critical of President Trump. They would love to see a wedge driven between Trump and Fauci, because then they could yell about how “Trump doesn’t believe the scientists!” which fits neatly into their narrative. It’s not a coordinated goal of the media to provoke Trump into doing this kind of stuff; it’s a result of their sterotypical groupthink. Trump pushes their buttons by dressing them down to their faces, and they push his buttons in return by promoting their “Orange Man Bad” narrative.

And in the meantime, the American people sit in their homes, hoping someday they can leave.

The president needs to put down his phone and focus on figuring out the benchmarks to open the economy back up – with actual numbers, not just “when the curve is flat enough.” And the media, if it can’t pull its act together and do some honest reporting, deserves every single negative poll number they get.