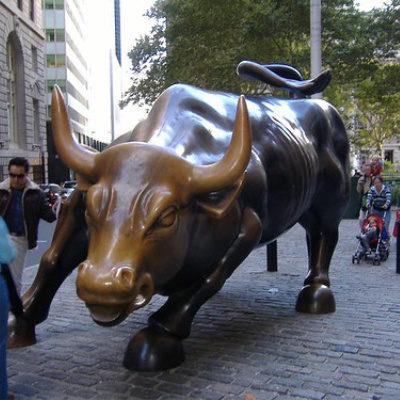 Nancy Pelosi must have looked at the poll numbers and realized that she was in trouble. After completely derailing the proposed bipartisan Senate relief legislation, the Speaker is now saying, “meh, I guess we can do this.”

Pelosi said Democrats remain insistent that a $500 billion allotment to help major industries must include greater oversight and transparency, and she hammered GOP leaders for their resistance to including billions of dollars for food stamps.”

If Senate and White House negotiators are able to iron out those differences, she said, the House could accept the Senate bill and likely pass it quickly by unanimous consent, allowing the House to remain in recess.”

But she warned that she’s ready to call the House back to Washington to move the Democrats’ alternative proposal, unveiled Monday night, if her caucus deems the upper chamber bill too favorable toward corporations while neglecting workers and lower-income families.”

“The easiest way to do it is for us to put aside some of our concerns for another day, and get this done,” she said in an interview with CNBC. “If it has poison pills in it — and they know certain things are poison pills — then they don’t want unanimous consent, they just want an ideological statement.”

So her delay, just like her last impeachment delay, was pointless, except this delay actually hurt people. https://t.co/IzhIBZNyce

Oh yes, those “concerns” that Pelosi so generously decided to “put aside” for later? Those have been so totally and completely ripped apart that it isn’t worth rehashing here, but Senator John Barrasso – an orthopedic surgeon – let the Democrats have it yesterday on the Senate floor.

However, it wasn’t the angry speeches from the Senate floor that likely got Pelosi moving. It was likely the fact that her Democrat allies in the Senate were getting an earful, and realized the blowback potential. Pelosi will continue to be reelected from her San Francisco district from now until she is a Botox-embalmed corpse. But she wants to be Speaker of the House, and that means she must keep the House in Democrat hands.

Looks like Schumer is recognizing Pelosi's partisan ploy is indefensible in the long run.

And the media was actually being forced to report on what was in the bill. That is kryptonite to Pelosi – never look at the bill BEFORE you pass it! That’s always going to lead to problems!

Pelosi counted on the corporate media to spin her 1400 page wishlist bill as a genius move but there are limits for even the most dedicated sycophants.

So now, Pelosi will intone all her platitudes about “helping the American worker” while sadly setting aside HER “poison pills” because she’s been had. And she would have gotten away with it, if it hadn’t been for you kids on Twitter and your dog!

Right now, the president is talking about re-opening the economy by Easter. Even though we don’t have a full game plan of what that might look like on the health front, President Trump has the unenviable task of walking the tightrope between public health and safety, and making sure we have a functioning economy after this. With the current set of statewide lockdowns in place, or about to be in place, the American people must have an end goal in sight. We have to know that there is help on the way, and that there is a targeted end date. We cannot stay indefinitely at home with no hope of ever being able to live again. The medical professionals would love to shut everything down until there is a vaccine, but that just isn’t feasible. Right now, there are thousands of small businesses who are just clinging to the hope that they will be able to open up again, rehire their employees, and start again. Even now, it’s easy to predict that permanent damage has been done to the small businesses of America. Between the president’s target of Easter (April 12th this year), and the hope that this relief bill finally makes its way through Congress without Pelosi throwing more wrenches at it, the mood of the American public might reflect the mood of the stock market.

The American people need help, and Nancy Pelosi did her best to deny them that. Everyone needs to remember how Speaker Denture-Sucker tried to screw us all over come November, and remove her from the office of Speaker by denying her a House majority.