Next post
Will John Bolton Enter The 2024 Presidential Race 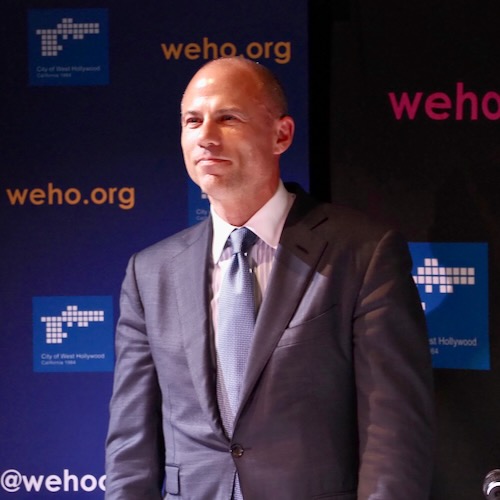 Brian ‘Tater Stelter hardest hit. Amazingly, CNN reported this afternoon that their once favorite media darling, Michael Avenatti was handed a 14 year prison sentence after embezzling from several of his clients.

Disgraced attorney Michael Avenatti was sentenced Monday to 14 years in prison and ordered to pay nearly $11 million in restitution for embezzling millions of dollars from four of his clients and obstruction.

Avenatti pleaded guilty earlier this year to four counts of wire fraud for each client he stole from and one count of endeavoring to obstruct the administration of the Internal Revenue Code. Prosecutors said he obstructed the IRS’ effort to collect $5 million in unpaid payroll taxes for Tully’s Coffee.

The sentence handed down by federal district Judge James Selna will begin after Avenatti completes a five-year prison term he’s currently serving after being convicted in two separate trials in New York.

Selna also ordered Avenatti to pay over $10 million in restitution to four clients and to the IRS.

There’s oh so much to unpack here! First, one of the clients Avenatti embezzled from is a paraplegic.

The charge involving the paraplegic man says Avenatti drained a $4 million settlement paid out to the client by Los Angeles County, using “portions of the settlement to finance his coffee business or pay personal expenses,” the U.S. attorney’s office statement said.

“Avenatti concealed the receipt of the settlement from Client 1 and instead gave him periodic “advances” of no more than $1,900 and paid the rent for his assisted living facility,” the statement said.

Avenatti lied by telling that client as he was trying to buy a house that his settlement money was not available, causing him to fail to meet escrow, according to the indictment. Avenatti is also accused of failing to fulfill a promise to respond to that client’s Social Security Administration inquiry, leading to a loss of benefits.

I’d say this verdict is well-deserved in this particular case. However, it’s the rest of it that we unpack, that makes this just mock-worthy.

Don’t get me wrong, Avenatti brought this upon himself. He’s already serving a sentence after attempting to extort money from Nike. Now he’ll be serving an additional fourteen years, after the Nike sentence is finished. I’m sure Avenatti is longing for the good ole days when he was the media darling of CNN!

For a time, the brash lawyer was a fixture on cable news shows and the topic of flattering magazine pieces. Reporters asked him about his skin-care routine and Tom Ford suits while he and Daniels posed for photographer Annie Leibovitz.

Oh boy, do we remember how much of a CNN media darling he was!

OMG it just doesn't get any better…https://t.co/cSqPei09si

And then, suddenly, the real con man that Avenatti is was finally exposed. And, the media RAN for cover. Yet many, including Glenn Greenwald had the receipts.

2019: "Avenatti had 254 cable appearances last year, including 147 on MSNBC and CNN alone in a 10-week period. Bookers fell so madly in love they nearly propelled him into the presidential race, during a time when he was allegedly bilking $1.6 million from a paraplegic." pic.twitter.com/4b2SNLRmtq

Lessons in putting a bunch of unwarranted trust in someone just bc he’s an antagonist to another person you don’t like. These lessons probably won’t be learned.

Given how the media, what is left of them after multiple layoffs in recent weeks, is reacting to Elon Musk, Twitter, and the Hunter Biden story, I’d say there have been ZERO lessons learned from the Avenatti fan-girling.

Given this recent sentencing of Michael Avenatti, how many journalists such as Brian Stelter, who gave him massive quantities of air time are now crying in their diaries because they got owned by a con man? I’d say more than a few.