Next post
Media Darling Michael Avenatti Gets 14 Years In Prison 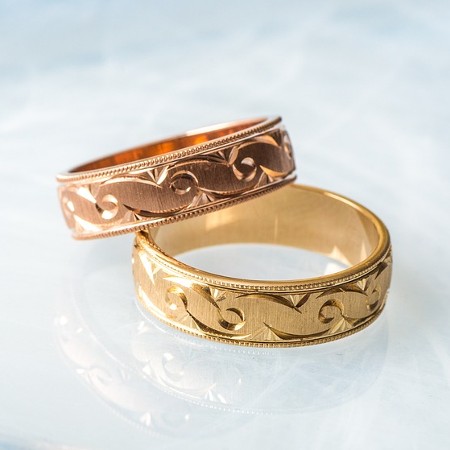 While the Democrats are busy running around proclaiming that the “Respect for Marriage” Act will be the best thing EVER, progressives are beginning to grumble about it. Just add in those grumbles to the ones from the conservative side of the aisle, headed up by Senator Mike Lee of Utah.

Why are progressives upset with this bill? It doesn’t go far enough for them. The language of the bill requires that states recognize same-sex marriage licenses from other states, but it doesn’t require that all the states issue those licenses.

Washington Post columnist Jonathan Capehart, who is gay, said in a column that he supports the bill but admitted that the more closely he looks at it, “the more my joy diminishes.”

“What the act does not do is require states to issue marriage licenses in contravention of state law,” he wrote.”

Charlotte Clymer, former press secretary for the Human Rights Campaign and LGBTQ activist, put it more sharply in a blog post. “I hate the Senate bill and we need it to pass it,” she said, adding that “it sucks” and “it’s our only real option.”

The progressive left will finally get what it wants – gay marraige codified into federal law – and they are still whining that it’s not enough for them. The left simply will not be happy until they can override anyone and everyone’s personal, moral, or religious objections into bending to their will. Which leads us to Senator Mike Lee. The senator tried to get an amendement to the “Respect for Marriage” Act added to the bill, that would have given strong First Amendment protections to individuals and religious organizations.

Lee also explained his amendment in an op-ed that was later republished on his Senate website.

My simple, common-sense amendment would prohibit the federal government from retaliating against any person or group for adhering to sincerely held religious beliefs and moral convictions about marriage.”

In no way would my amendment impair the RFMA’s ability to perform its simple, stated purpose: to protect same-sex marriage against an extremely unlikely scenario in which the Supreme Court one day decides to overturn Obergefell. My amendment adds protections without creating the type of zero-sum dynamic—a virtual tug-of-war between same-sex marriage and religious freedom—that would surely follow from the bill’s passage in its current form.”

Under the RFMA’s current language, many religious schools, faith-based organizations, and other non-profit entities adhering to traditional views of marriage would be at risk of losing tax-exempt status and access to a wide range of federal programs. Many small businesses would also be affected. For example, wedding vendors (including kosher caterers) would be subjected to endless lawsuits and harassment based solely on their beliefs.”

Without my amendment, the RFMA would only exacerbate and nationalize the discriminatory policies already in place in Illinois, Massachusetts, California, and the District of Columbia, where religious adoption agencies are essentially shut down unless they recognize same-sex marriage. It would threaten the work of the U.S. Conference of Catholic Bishops to provide foster care to unaccompanied alien children and place religious adoption agencies at risk of shutting down.”

Consequently, my amendment should be a no-brainer.”

Well, who said the Senate had enough brainpower to keep the lights on? Sadly, the Lee amendment did not pass.

And the reason why the Lee amendment is necessary is illustrated rather sharply in the Supreme Court today. We all remember the Masterpiece Cakeshop v. Colorado case from 2018, where the Court narrowly carved out an exception for Jack Phillips, the owner of the shop, instead of going for a more full-throated defense of the First Amendment. Well, that led to Phillips being sued AGAIN, this time for not making a gender transition cake. Is he the only baker in Colorado, or the only one with a target painted on his back? We all know the answer to that. Well, Jack Phillips isn’t the only businessperson being sued for not participating in a same-sex wedding. Oral arguments are currently being heard at SCOTUS today in 303 Creative LLC v. Elenis, asking if a business can be compelled to provide their services even if they choose not to. And surprise, surprise – it’s Colorado again.

Enter Lorie Smith, the owner of 303 Creative LLC, a designer of websites and graphics based in Littleton, Colorado. Smith is a devout Christian who believes that marriage “is only between one man and one woman.” So although Smith wants to expand her business to include wedding websites, she does not want to design websites for same-sex weddings, and she wants to post a message on her own website to make that clear.

In 2016, Smith went to federal court in Colorado, seeking a ruling that Colorado could not enforce its public-accommodations law, known as the Colorado Anti-Discrimination Act, against her because it would violate her First Amendment rights to free speech and free exercise of religion. When the U.S. Court of Appeals for the 10th Circuit rejected her arguments, Smith came to the Supreme Court. The justices agreed in February to take up her case – but only on the free speech question, not on the free exercise issue.

This case obviously echoes the Masterpiece Cakeshop case, and Justice Neil Gorsuch had no problem pointing that out during oral arguments.

GORSUCH: "Mr. Phillips did go through a reeducation training program…did he not?

Attorney: "It was not a reeducation program…it was a process to make sure he was familiar with Colorado law."

GORSUCH: "Someone might be excused for calling that a reeducation program." pic.twitter.com/kGrbZobyVU

The bottom line is that until something explicit like the Lee amendment is codified into law, the left is going to try and exploit every loophole in order to “punish” those who bring their faith outside of their churches, synagogues, temples, or mosques. The implicit message in the “Respect for Marriage” Act is that being a religious person with morals is ONLY okay within a religious building, but don’t you DARE try to bring it outside and live like you believe it! While tax-exempt status was preserved for churches within the act, individuals are on their own, and you can already see how the progressive left is unhappy with the bill. They might not openly admit it (some might, though), but they would love to punish those who disagree with them because of their faith or morality. After all, these are the same people who believe that Jesus would have been the grand marshal of a pride parade. They are busy remaking marriage in their own image, and they wish to do the same thing with religious beliefs. Will SCOTUS defend free speech this time with a broader brush in 303 Creative LLC v. Elenis? We will have to check back in on our rights this summer.