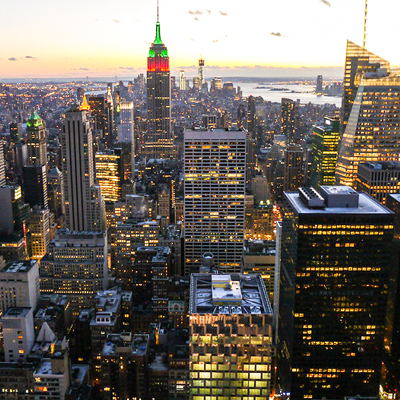 Maya Wiley, a former aide to Mayor Bill de Blasio, is one of eight candidates running for mayor of the Big Apple. But if you think NYC is in the toilet now, guess what would happen if Wiley took the reins. In short, she would be a disaster beyond the level of de Blasio.

One clue for you should be that Alexandria Ocasio-Cortez has endorsed her. So if you live in NYC, this should tell you whom not to vote for in the June 22 primary.

So what happened during Giuliani’s tenure as mayor? Crime went down. Yet what does Maya Wiley want to do if elected NYC mayor? She wants to strip the police budget by another $1 billion, and spend that money on . . . wait for it. . . arts and culture. Plus, she wants to spend another $3 billion on climate projects.

Meanwhile, Wiley uses a private patrol to keep her $2.7 million dollar home safe. But that’s none of anyone’s business, is it?

Maya Wiley also thinks the city needs bail reform so that there are as few criminals as possible in prison. As she said in a 2019 C-SPAN video:

“It’s really important for people not to spend any time in jail.”

But what if people do some really bad, bad things? Recalling her time as head of the NYPD Complaint Review Board (for only one year), Wiley boasted of her accomplishments:

“We also included creating a social worker who was actually attached to the case. People were not only spending less time in jail, we were up to 11,000 people who avoided jail as a result of the reforms, and 87% returned to court. There are ways to work the system to ensure that people come back.”

But Bernard Kerik, former police commissioner under Giuliani, predicts even more mayhem if Maya Wiley were to become mayor.

“These things embolden the bad guys. The real criminals come out because they know they aren’t going to be held accountable. Nothing is going to happen to them.”

Kerik is correct. In fact, major crime in NYC has risen 22% from June, 2020, to May, 2021. We’ve all seen those viral videos, too, of pedestrians in the Big Apple being assaulted.

This was just sent to me from my constituent. This just happened in my district in Chinatown. He has been arrested and our precinct is investigating. pic.twitter.com/sxNfCbrlza

In addition, Michelle Esquenazi, National Association of Bail Agents President, predicted that parole reform would be next:

“The next thing they want to do is parole reform. If you remove consequences from everything, people are going to do the crime.”

Esquenazi has another warning for New Yorkers regarding Maya Wiley. She cautions that if Wiley becomes mayor, “New York City has no chance of coming back.”

Meanwhile, New Yorkers can look to Chicago to see what bail reform has done to that city. In 2017, Cook County Circuit Court Chief Judge Timothy Evans ordered judges to not mandate cash bail except under extreme circumstances. His cohort, Cook County state’s attorney Kim Foxx, also dropped more felony cases than her predecessor. The result? Crime has gone up, with homicides spiking in 2020, and on track to exceed last year’s numbers.

Now cops also have to deal with Mayor Lori Lightfoot’s new policy which limits foot chases by police. What could possibly go wrong? Maybe even less respect for police.

Looks like the Chicago Police Department's emphasis on "positive community interactions" is taking off! Great to see! pic.twitter.com/xuHMWsuYci

But there’s even more at stake than mere numbers. What happens to police morale when the bad guys rule and the cops have their hands tied? Or their arrests are pointless? And then they figure that nothing they do will help save the city? After all, they’re human, and they’ll just stop caring.

“We’re seeing it every single day. The police have been reduced — if not outright stopped — from making that extra effort in all the places that need it the most. Shootings and homicides reflect this along with the manpower shortages coming to the fore. The political structure has successfully made this “just a job” with all of the downsides that come with no one caring about the little things. And when no one cares….well, don’t say you weren’t warned.”

So New Yorkers — is this what you want for NYC? That’s what you’ll get if Maya Wiley becomes mayor. You’re already on the road there with Bill de Blasio at the helm, and Wiley would be the one to hasten its demise.