Next post
Mexican Government Pays U.S. To Keep Illegal Immigrants In The U.S. 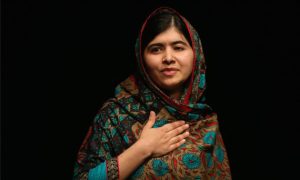 “They thought that the bullets would silence us. But they failed,” she said. “And then, out of that silence came thousands of voices. … Weakness, fear and hopelessness died. Strength, power and courage was born.”

Just a few short years ago, Malala Yousefzai was a 15 year old girl blogging about her own life, her experiences as a young girl in the Swat Valley of  Pakistan with the threat of the Taliban all around her, and her determination to have all girls receive the same education as boys. That life took an abruptly horrific turn one day when Taliban terrorists boarded the school bus she was on, asked for her by name, and shot her in the head.

Fast forward to today. The Nobel Peace Prize committee announced that Malala Yousefzai and Kailash Satyarth, an Indian children’s activist who has worked for decades to end child slavery will share this prestigious award. Fittingly, Malala was in school when the news broke. Committee Chairman Thorbjoern Jagland stated:

“It is a prerequisite for peaceful global development that the rights of children and young people be respected,” the committee said. “In conflict-ridden areas in particular, the violation of children leads to the continuation of violence from generation to generation.”

Malala has made quite an impact around the world in very short period of time. Her father, a teacher himself, encouraged her education and supported her work against the Taliban to champion the education of girls. Her father’s support led to TV news interviews, and writing a blog under a pseudonym for the BBC. Her first major speech, in 2009, was at a press club in Peshewar, Pakistan. In that speech the 11 year old asked:

“How dare the Taliban take away my basic right to education?”

For the next three years, Malala and her family endured the Battle of Swat (twice), her father’s school shut down and then reopened, her family separated for a time due to the Taliban violence in the region, and growing recognition of Malala’s work and specifically who she is. In November 2011, she was awarded Pakistan’s National Youth Peace Prize. She was no longer anonymous.

On October 9, 2012, the Taliban boarded her school bus, asked for her by name, and shot her in the head. It is only due to the quick medical intervention by the British doctors who were visiting the country. She was flown to England and underwent numerous surgeries to help her recover.

Today, she lives with her family in Birmingham, England. She is the author of the best-selling book “I Am Malala,” has spoken before the United Nations, spoken out against Boko Haram, lectured the President about drone strikes, assisted Syrian refugee children, and watches the cooking show “MasterChef.”

Malala is a young teenage girl who has seen and endured what many of us just cannot fathom.  So it would be understandable that she would decide to fade from the public eye correct?  Not this young lady. She continues her education and her work. At a speech in August before the Hudson Union Society, Malala stated:

“The best way to empower girls is through education, so we should all speak up for girls’ education — for both girls’ and boys’ education, because sometimes it is boys and it is men who stop girls from speaking…so we need to also tell men and boys in society to give space to women…just to let them come forward. And boys and men should also know about equality and justice, and know that women have equal rights, and should be treated equally.”

In July 2013, Malala spoke to the United Nations Youth Assembly.  The composure and especially her speech are worth watching:

This afternoon, after she finished school, Malala spoke with the press about this prestigious honor:

In that same August 2014 speech to the Hudson Union Society, Malala said:

“Even if I am a girl, even if people think I can’t do it, I should not lose hope.”

That quote, right there, is something we can all aspire to.  No matter what people say, no matter what we are told we cannot do, we should not lose hope.  Malala didn’t let threats and attacks stop her.  She continues her efforts to bring hope, determination, courage, and education to girls the world over.  This writer believes it is highly appropriate that, two years to the day a Taliban bullet tried to stop her voice forever, this young lady is awarded the Nobel Peace Prize. 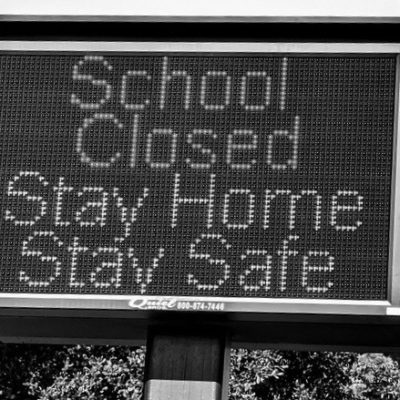 Teacher Of The Forest Cancels Class