by Dejah Thoris in military 3 Comments

Leave it to the United States Marines to do the heavy lifting of testing whether or not the ladies who decide they want to be “the Few. The Proud” and then after that choice, participate in testing to see whether they are fit to fight in direct ground combat.

The Center for Military Readiness has published some of their findings in an interim report that seems to have many inconvenient facts.  It is a 65 page report that is worth your time, however, the CMR could have just titled it “No Duh!” and it would have been a more correct way of phrasing their findings.  There were a number of tests performed, and in all cases except one, women failed from 4 to 29 times more often than men did.

These are things that many, including me, have pointed out long ago, but hopefully, these numbers will help after the next election to put this issue to bed.

Among the facts they gleaned:

It is not an acceptance of my nature that bothers me, it is that the feminists demand that instead of acceptance in the differences we have, that we should accept the lie that women and men are all the same, except for the parts that make babies.

“In the male, testosterone has a profound effect on protein formation and increased muscular development that begins after the start of puberty during which there is a doubling of the muscle mass of all muscle groups. While men and women have an equal number of muscles and muscle fibers, the strength difference relates exclusively to muscle size that is determined by testosterone levels. Because women have less testosterone than men, they have smaller muscle fibers that result in the development of small-size muscles; in effect, women have less muscle to activate. That also is the reason why women develop less muscle when training with weights and exercising.”

Facts, as pointed out by John Adams, are stubborn things, that despite the wishes of the feminists to the contrary, shall not be moved. William J. Gregor, PhD, Professor of Social Sciences at the School of Advanced Military Studies, Fort Leavenworth, KS explains why these military studies regarding gender remain useful and relevant today:

“There is no study that indicates that training can overcome the large physical differences between men and women. Additionally, training women to perform heavy work jobs increases dramatically the skeletal-muscular injury rate among women which is already far greater than men. Attempting to train women with men will require either training men less well or accepting a high attrition rate among the very few women who will meet the nominal qualifications for heavy work jobs.”

So please, read the study, and have a solid look at the numbers.  Understand what they mean (110 pound 5’1″ girls can’t do as much as 175 pound 5’10” boys).  Then at your next get together, and if the subject comes up, ask your feminist friends (we all have at least one in our circle right?) if the life of their son is worth the perceived increase in “equality” that front line military service will get for their daughter.

Ask her how “equal” she wants her daughter to be. 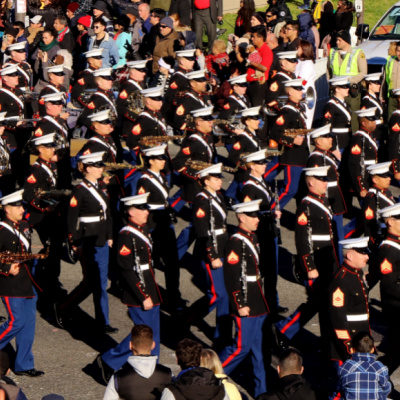