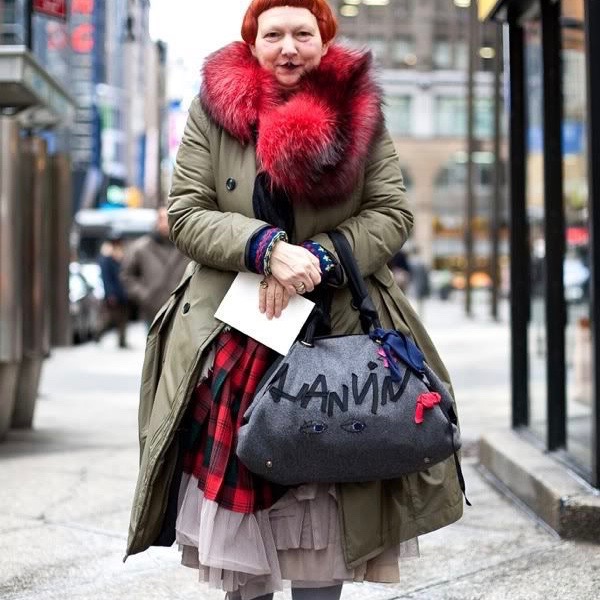 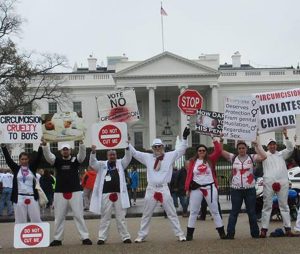 A band of peaceniks have been operating a hobo shelter on the north side of the White House, and it’s been around since 1981 as a nuclear war protest. It was briefly taken down in 2013 after it was left untended against National Park Service rules, but it was quickly resurrected, and is considered the longest-running protest in Washington.

Today’s protests are no less weird. A bunch of humans are gathering all over town dressed in inflatable dinosaur suits – yes, you read that correctly – INFLATABLE. DINOSAUR. SUITS. What are they protesting? What they call the “extinction” of AmeriCorps. Because evil, bad Trump and evil, bad Republicans are trying to eliminate funding for the Corporation for National and Community Service (CNCS), which funds thousands of AmeriCorps positions each year.

Service Year Alliance has been running the “Stop National Service Extinction” campaign since President Donald Trump proposed eliminating funding for the CNCS, which supports more than 80,000 volunteers through AmeriCorps programs, which provide a wide range of services.

“Funding community service and subsidizing the operation of nonprofit organizations is outside the role of the Federal Government,” reads Trump’s budget, which proposes carving up domestic research, social welfare, and arts programs while boosting military funding. “To the extent these activities have value, they should be supported by the nonprofit and private sectors and not with Federal subsidies provided through the complex Federal grant structure run by CNCS.”

Trump is absolutely correct here. There is no reason for the taxpayers to be footing the bill for “national service,” which sounds a bit Russian nationalist, albeit without the compulsion, and has over the years proven – just like anything else that sucks up taxpayer dollars – to be a black hole of corruption and mismanagement.

Let’s put aside the fact that nothing in the Constitution says the federal government needs to be funding arts, charities, and social welfare. (Please, don’t even get me started on the constant abusive flogging of the “general welfare” clause!)

Let’s look at what AmeriCorps and CNCS have done with the millions in taxpayer dollars they have received.

An inspector general report last year revealed one of the recipients of AmeriCorp grants — the National Association of Community Health Centers — allowed a few of its members to provide assistance and emotional support, to women getting abortions at three New York City clinics. While technically not illegal, because the federal money didn’t fund the procedure itself, using taxpayer dollars to help women who have just murdered their kids doesn’t strike me as an appropriate use of public resources.

In 2015, an investigation uncovered that the Executive Director of the Tennessee based non-profit agency that received AmeriCorps funds misused agency funds for personal use with the knowledge of some board members, and “knowingly directed two AmeriCorps members to falsify Certifications of Completion and Final Inspection documents, which were fraudulently used to secure the release of construction funds from a Federal Home Loan Bank, prior to the completion of the project(s).”

AmeriCorps has also apparently sent its volunteers into courtrooms to help illegal aliens avoid deportation and continues to promote welfare dependency, despite Congressional prohibition against such activities.

Congress recently enacted a law prohibiting federally-funded food stamp recruiting but AmeriCorps continues paying scores of members to entice people onto the dole. AmeriCorps, along with USDA, is bankrolling the National Anti-Hunger and Opportunity Corps whose primary goal is “increasing participation” in food stamps. Joel Berg, the director of that program, pockets a six-figure salary while issuing apocalyptic statements about America’s injustice to the poor. USDA denies bankrolling recruitment campaigns — but also insists that it is only recruitment if someone seeks “to persuade an individual who has made an informed choice not to apply for food stamps to change his or her decision and apply.”

If you want to read a revealing report on CNCS that shows “shocking” abuse of taxpayer dollars, read here. I warn you, however, you will have to resist the urge to find one of these inflatable dinosaurs and administer a throat punch.

Republicans in 2009 demanded an investigation into AmeriCorps, and if you remember, an Inspector General was fired after raising concerns about a $850,000 AmeriCorps grant allegedly misused by its recipient Sacramento mayor and Obama buddy Kevin Johnson. IG Gerald Walpin was fired when he objected to Justice Department actions that let Johnson off the hook.

The libertarian CATO Institute has taken AmeriCorps to task, detailing instances of abuse and mismanagement – all at taxpayer expense.

As the lead investigator for the Congressional Committee with oversight of AmeriCorps for three of the five years of this program, I was repeatedly astounded by the gross mismanagement uncovered in this ill-designed, if well-intentioned, program. Our investigation of AmeriCorps uncovered high costs ($26,000 per AmeriCorps participant), high dropout rates (almost 30 percent), questionable training (sex education, video presentation skills, diversity), poor accounting and management oversight (unauditable accounts), wasteful spending ($400,000 to the AFL-CIO for “training and technical assistance”), and questionable partisan political activities (raising money, handing out fliers, voter registration, etc.). Unfortunately, on the eve of its fifth anniversary, after spending over $3 billion in taxpayer money, matters at the President’s pet program appear to have only gotten worse.

In June of this year, the Corporation for National Service sent 115 of its highest-paid employees and 27 consultants to a four day “community service conference” at Caesar’s Palace in Las Vegas. The corporation employees were joined by more than 760 employees of various grantees of the corporation. It is important to note that these grantees receive substantial taxpayer funds from the Corporation for National Service. In all, this “conference” is estimated to have cost taxpayers several million dollars. 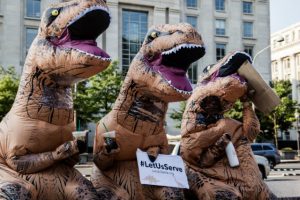 And rarely are CNCS or AmeriCorps held accountable, because FEELZ! Because these are feel-good programs the politicians can advance to show how much they “care” for the little man! (You want to show you care? Stop digging in my pockets for scarce funds to fund the delusion of your own grandeur and munificence, you jerks!)

Look, I have no issue with charity and volunteerism, but not at the point of a government gun. And make no mistake, when the government funds these activities, your tax dollars are used precisely in this manner. If you doubt me, try not paying your taxes.

Helping others is a benevolence. Volunteering your time to teach children to read or help the elderly by bringing meals is beautiful and should be done out of the goodness of one’s heart, not for bennies at taxpayer expense.

Yes, volunteering your time provides leadership and job skills that will help you get a leg up, but getting paid for said “volunteerism” to work in government-approved programs fundamentally negates the concept of charity and volunteerism, and more often than not promotes big-government programs that shouldn’t be funded by taxpayer dollars in the first place.

Volunteering is noble. Charity is honorable and virtuous. Forcing taxpayers to subsidize your good works is the very antithesis of virtue.

So despite the amusing gimmick of the dinosaur campaign, we should let “national service” initiatives become extinct and be relegated to the garbage can along with other neo-Soviet ideas.