Previous post
No, Japan Is Not Reverting to Fascism 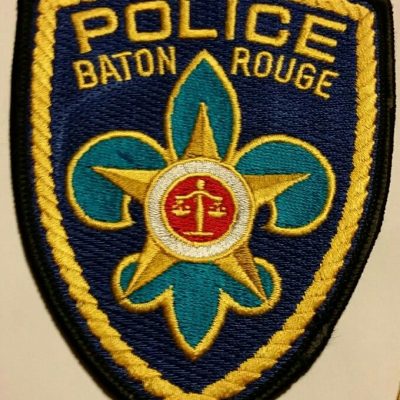 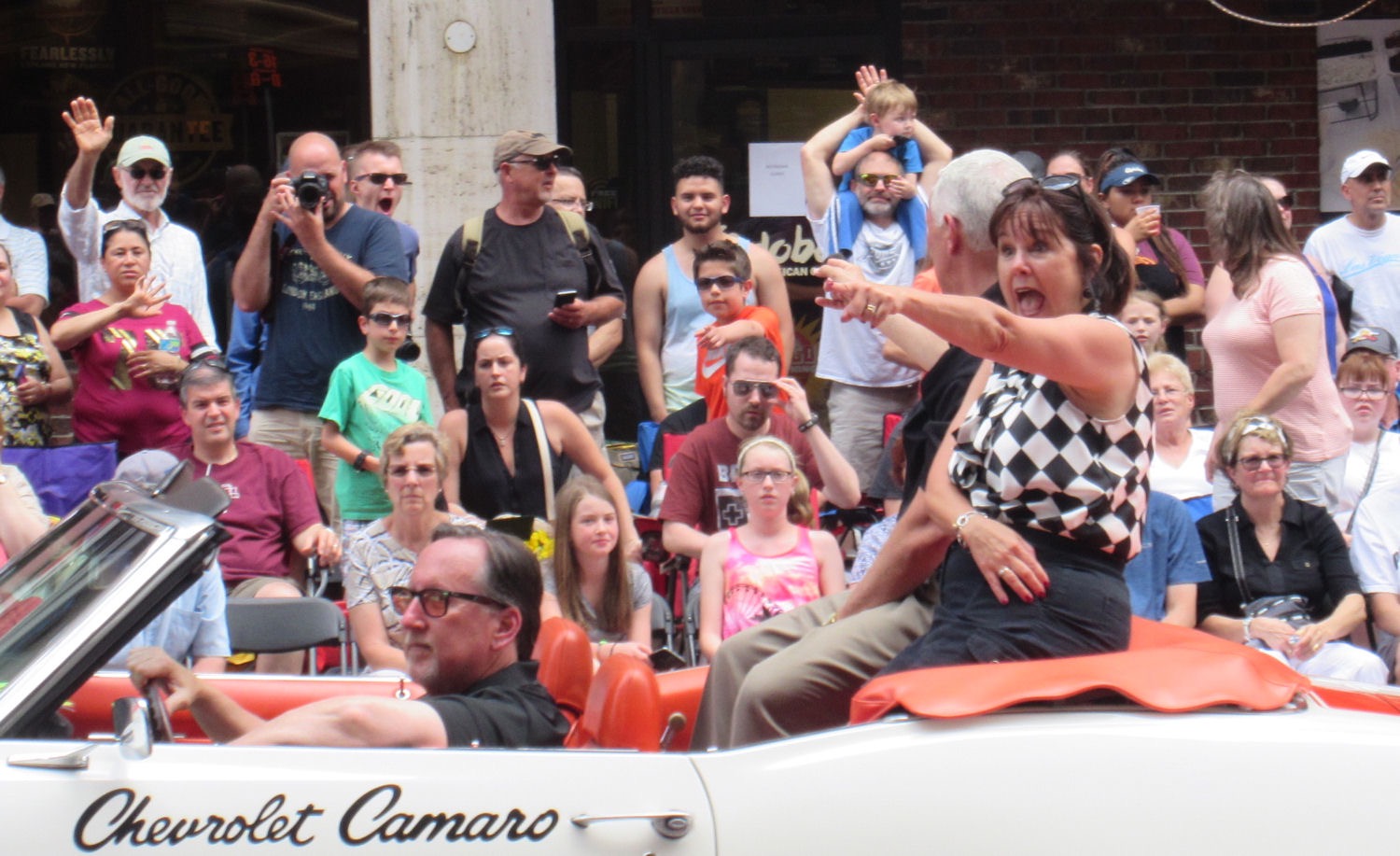 Karen Pence, the wife of Donald Trump’s running mate IN Governor Mike Pence, does not possess the stunning glamour of Trump’s model wife Melania. She is, instead, your wife, mother, aunt, sister — in short, she is Everywoman.

Karen and Mike Pence met in church, have been married since 1985, and together have three adult children. A graduate of Butler University in Indiana, the native Hoosier is a teacher, and her passion is art.

Here is Indiana’s First Lady at an art exchange at Miyashigaoka Elementary School in Miyoshi City, Japan, which is the sister city of Columbus, Indiana.

Karen Pence has experienced her parents’ divorce, and her own first marriage ending in divorce. Her subsequent marriage to Mike Pence was marked by painful years of fertility problems, as she related at this seminar.

But leave it to the shrews at feminist blog Jezebel to find a part of Pence’s life to ridicule.

Karen Pence makes and sells little charms for towels, similar to the charms people attach to wine glasses in order to tell them apart. She sells them online through her little company “That’s My Towel” Charm, Inc. The idea behind the charms is to attach them to individual towels so that kids at the beach or in the bathroom can tell whose towel is whose.

Not according to Jezebel feminists. Calling the towel charms “the Least Useful Item in Existence,” Jezebel mocked the product:

“Most of us have matching bath and beach towels, so it is easy to get them confused,” Karen Pence claims on towelcharm.com. I don’t know who “us” is, but it certainly does not include me, my parents, or anyone I know.

Of course it doesn’t include the writers at Jezebel. Those crones prefer to abort their children, so they have no idea of how kids roll.

Jezebel wasn’t the only website to mock Pence’s product. Mashable sneered, “Potential Second Lady Karen Pence Wants You to Buy Charms for Your Beach Towels.” Of course Mashable wants you to buy advertising at their website, but that’s different, naturally.

Since Karen Pence’s towel charms are lampooned as being the Least Useful Thing in Existence, let’s see what leftists think must be useful, shall we?

Every well-dressed feminista needs to step out in Donald Trump Hair Shoes. 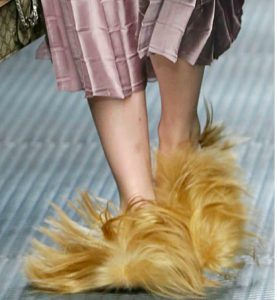 For their more intimate needs, these are a must-have: Donald Trump Sanitary Pads. Reusable, of course. Have to be environmentally conscious. 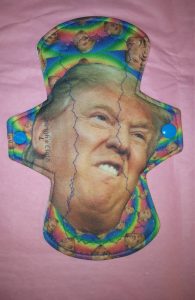 Men must have Donald Trump condoms — extra yuuuuge, of course. 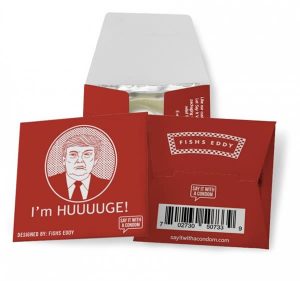 But nothing, nothing says Gotta Have It for a lefty like the Hillary Clinton Action Figure. 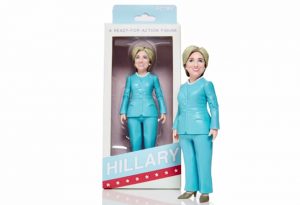 Unlike Karen Pence and her little towel charms, the creators of the Hillary Clinton Action Figure had to ask Hillary’s minions to fund the project. Yes, they wrangled money out of liberal rubes through Kickstarter.

In Leftist World, Karen Pence and her towel charms deserve to be a source of derision, not because her little business is truly worthless, but because she is married to a social conservative who just might become the Vice President.

But maybe Karen Pence should’ve developed a charm set for Hillary Clinton: server charms, one attached to the server designated for classified State Department information, and another to the server intended for personal emails. Maybe that would’ve kept her from getting those emails confused. Kinda like kids in a bathroom with their towels.