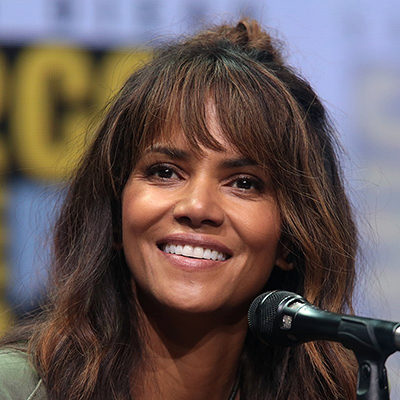 Previous post
Halle Berry Apologizes for Being An Actress 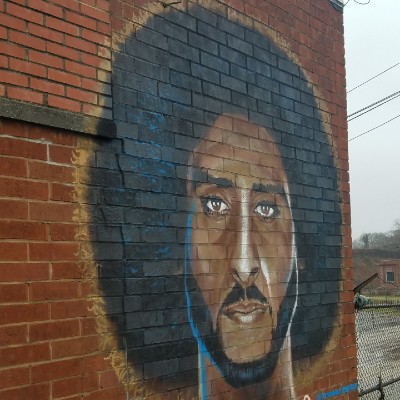 Dislike him or loathe him, you have to give credit to Colin Kaepernick for being able to turn a dead NFL career into a profitable social justice gig.

Kaepernick won’t admit it, but this could only happen in America! A guy with enough talent but not enough range gets to play in the NFL as a starting quarterback, gets figured out by the rest of the league, gets benched, rebrands himself as a social justice warrior by wearing intentionally offensive socks and kneeling during the National Anthem, who opts out of the final year of his contract and then sues because no one wants to hire a crappy backup quarterback, takes an “undisclosed amount” of money from the NFL who just want him to go away, is now getting paid huge amounts of money from big corporations like Nike and Disney to be a social justice mouthpiece and narcissist.

After his self-sabotaged staged workout last year, it’s clear that Kaepernick doesn’t have what it takes to be an elite quarterback – or even a decent backup. Despite what Al Sharpton said – in the middle of George Floyd’s funeral, a completely appropriate time to bring it up – Colin Kaepernick does not want to play in the NFL again.

Why not? Because making demands of Nike to pull shoes, posting videos about how badly oppressed he – a guy worth around $20 million – is in this country on Independence Day, and signing production deals with Disney to produce a documentary about HIMSELF AND HIS STRUGGLE is so, so, so much easier than actually having to prove himself on the gridiron.

I am excited for this partnership with Disney across all of its platforms to elevate Black and Brown directors, creators, storytellers & producers. I look forward to sharing culturally impactful and inspiring projects. https://t.co/MXidGoWXNZ

ESPN Films will produce an exclusive docuseries chronicling @Kaepernick7's last five years as part of a deal with The Walt Disney Company. https://t.co/SdfOVPCDPU

This is what the world was missing, because clearly, no one knows the true struggles of Colin Kaepernick and his millions of dollars.

I mean, some Americans can only DREAM of these levels of oppression. Some have been waiting on unemployment paychecks for months on end. Clearly, these people are privileged, while the true suffering of a former NFL player has been carefully concealed from the public by the curtain of hundreds of Benjamins. Oh dear, I think I blew out my sarcasm meter again.

But hear this now – I take back everything I have said about Colin Kaepernick staying out of the NFL. I am now actively rooting for him to be offered a healthy free agent contract by any team legitimately in need of a starting quarterback – emphasis on “starting,” not “backup.” I want Kaepernick to be offered a contract so that the whining and the grift can be exposed, once and for all. Al Sharpton says that all Kaepernick wants is his job back? Fine. A team needs to offer him a contract and see what happens. After all, what does an NFL team have to lose at this point? The ratings would be tremendous once Kaepernick actually steps onto the field to put his reputation where his mouth is. Either he’s a gifted quarterback who has been unfairly denied, or he’s a moderately okay backup with a pathetic passing game.

A team offering Kaepernick a contract would put him in quite the corner. After all, his entire reputation is built on how he was kept out by the NFL. Watching the logistical pretzels that Kaepernick and his supporters would tie themselves into in order to keep the guy off the football field would be legitimately hilarious. After all, the narrative must be preserved, so Kaepernick can never actually play again and prove all the things his critics have said about his football skills are true. And yet, he could not ignore a contract out of hand, if it were offered to him. He would probably announce that he is no longer in fit shape to play, because the NFL has denied him his prime playing years. Never mind that Kaepernick is ten years younger than Tom Brady.

Regardless of his excuses to not play, a team offering Kaepernick a contract would be high entertainment. His upcoming docuseries about himself and his struggles, not so much. But hey, Disney gets the social justice credibility, Kaepernick gets paid, and that’s the way the media game gets played. It’s not football, but it pays well.