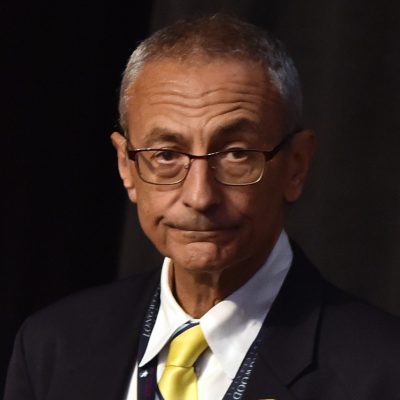 Colin Kaepernick’s protest continues onward! On Sunday, though, he was finally allowed off the bench and started the game for the San Francisco 49ers.

The 49ers were playing the Buffalo Bills. Let’s just say that the Buffalo fans are not fond of Colin Kaepernick.

And while Kaepernick took his usual knee during the National Anthem (while the Buffalo crowd chanted “USA! USA!” just before the anthem started), the picture of him doing so spoke a thousand words.


I’m sure Kaepernick had no idea that the police officer was saluting behind him. Twitter got awfully whiny about it, too – mostly because someone was stepping on Kaepernick’s moment. And then the Buffalo Bills stepped all over Kaepernick, beating the 49ers fairly soundly, 45-16.

And in the post-game press conference, all anyone wants to talk about is Kaepernick’s protest. Because the NFL is all about virtue signalling – and not caring about their ratings.


“I don’t understand what’s un-American about fighting for liberty and justice for everybody, for the equality this country says it stands for,” Kaepernick said. “To me, I see it as very patriotic and American to uphold the United States to the standards that it says it lives by.”

Reading the transcript of his post-game comments, more than 50 percent of it is all about him. Behold Colin Kaepernick, in his brave struggle for racial justice from a football field that he gets paid millions of dollars to be standing on. Never mind that your team lost another game! Please tell me about your feelings!

There are two big takeaways from the Bills-49ers game.
1) The 49ers are a really lousy football team this season. Both quarterbacks have underperformed. The team only has one win right now. And yet, the questions being asked of the starting quarterback are not all about getting the team back to winning. Which is all that a quarterback SHOULD care about. Which leads to…

2) Colin Kaepernick is not invested in his football team, only himself. He started his career as someone to watch. His fire died out quickly, with very little of his former promise showing in the last couple of seasons. So, what does he do, when relegated to the bench? Does he work to improve himself, in hopes that one day, he gets a chance to prove that he belongs in the starting quarterback position again? Nope. He starts his own little social justice revolution from his spot on the bench. Which might not have been all talk, if, you know, he’d gotten off of that bench and into the community to actually DO SOMETHING.

So far, all Kaepernick has done is pledge money. He’s done nothing else but work on his own personal brand. He has no end goal stated and no specific plan for his continued fight “for liberty and justice for everybody.” He just kneels and expects that his personal awesomeness will just make magic happen. Or it at least makes him look good. Meanwhile, his team continues to lose, and he’s sucked all the oxygen out of the locker room. Even fans of his protest can’t be happy that the team is 1-5 this season.

Or that a police officer just did the biggest photobomb of all time, and made Colin Kaepernick look like a spoiled pretender without saying a word.