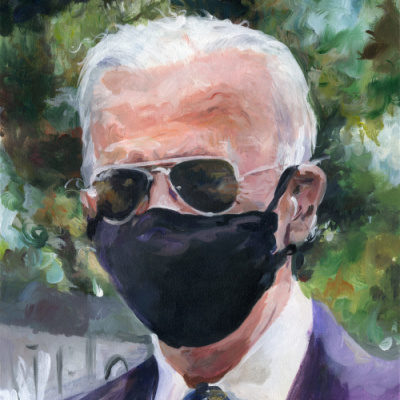 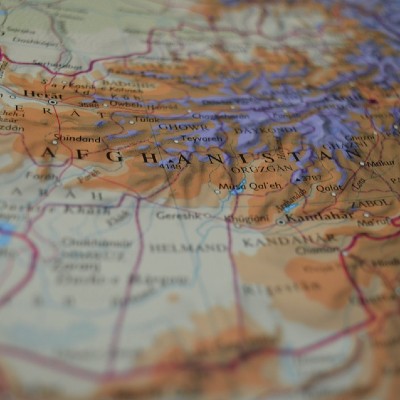 This weekend will mark ten years since Osama bin Laden assumed room temperature and stopped being a threat to the United States and the West.

However, that doesn’t mean that al Qaeda died with him. We all know of Joe Biden’s repeated commitment to leaving Afghanistan, which he mentioned again during his joint address on Wednesday.

There are two perfectly understandable schools of thought when it comes to Afghanistan. One is the view echoed by Biden: “it’s time to leave, we can’t do nation building, it’s been 20 years and we’re still sending people.” The other view is the one that worries about what happens when the United States withdraws and leaves a power vacuum. The reality is that the Afghan government, such as it is, cannot stand up for itself against the Taliban. The question is not whether the Taliban can be trusted (spoiler alert: they can’t be trusted), but whether the Taliban will ally themselves with al Qaeda if the United States doesn’t have any kind of presence in Afghanistan.

Well, al Qaeda might be only a shadow of its former self, but that shadow still hates the United States.

In an exclusive interview with CNN conducted through intermediaries, two al Qaeda operatives tell CNN that “war against the US will be continuing on all other fronts unless they are expelled from the rest of the Islamic world.”

Yes, this is CNN, and yes, they could have been fed a lot of lies in order to make al Qaeda seem bigger and badder than it is. I prefer to assume nothing when it comes to al Qaeda.

Today, the terror group that once roared to world attention is reduced to a whimper, but it is far from dead. And now says it’s planning a comeback after US forces leave Afghanistan, by partnering once again with the Taliban.”

In its response to CNN, two members of al Qaeda’s subcontinent broadcast branch heap praise on the Taliban for keeping the fight against America alive. “Thanks to Afghans for the protection of comrades-in-arms, many such jihadi fronts have been successfully operating in different parts of the Islamic world for a long time,” the spokesperson says.”

Well, I for one feel SUPER confident about what will happen once we leave Afghanistan and the Taliban come roaring back into power. (This is sarcasm.)

What made the exit possible is America’s February 2020 deal with the Afghan Taliban in which the group promised to cut the ties with al Qaeda that caused the US to invade Afghanistan following the 9/11 attacks.”

Through journalistic intermediaries, CNN stringer Saleem Mehsud reached out to al Qaeda for its reaction to Biden’s move to pull out troops from Afghanistan, and rather than ignore him as it has done so many times in the past, representatives answered.”

Their reply suggests the Taliban is being less than honest with Biden’s administration, and that the US troop drawdown could be based on a sham.”

The Taliban? Not being honest? I am shocked, SHOCKED, I tell you.

Somewhat ambiguously, al Qaeda also claims no interest in using Afghanistan itself as a launch pad for future attacks because it no longer needs it. “It did not need Afghanistan and there is no such intention in the future,” the group says. However, as (terrorism analyst and editor-in-chief of West Point’s CTC Sentinel, Paul) Cruickshank points out, “a statement of intent from an anonymous operative is hardly binding on the group.”

In its reply to CNN al Qaeda declares Afghanistan its victory. “The Americans are now defeated,” and draw a parallel to the Soviet Union’s withdrawal three decades ago from the country and its subsequent collapse: “The US war in Afghanistan played key role in hitting US economy.”

That line echoes the rhetoric of bin Laden himself, who promoted the oversimplified idea that the Soviets bankrupted themselves in Afghanistan. The cost of the US wars on terror has reached into the trillions, but the 9/11 attacks did not bring on US economic collapse. Al Qaeda admits the toll the war has taken on them, saying it sent “most” al Qaeda central fighters to Syria where “some of them have been martyred in recent years.”

It also admits that bin Laden’s death at the hands of Seal Team 6 did weaken al Qaeda, allowing the more nihilistic Islamists, ISIS (Daesh), to become established. “They benefited from the martyrdom of Sheikh Osama, Sheikh Atiyahullah, Sheikh Abu Yahya Al-Libi (may God have mercy on them) and many others.”

Biden claims that he wants to end the “forever war” in Afghanistan, but terrorism is a forever problem. No one should trust the Taliban, which is why this “peace deal” last year was so problematic. If al Qaeda comes rushing back in to their Taliban buddies, what will we do at that point? Al Qaeda might not have a bin Laden in charge, but that hardly means that they are neutered.

It has been over a year since there was a combat death in Afghanistan. Would we be better served with a permanent base there, along the lines of what we have in Germany or Japan? Who knows. I’ve had family go into combat during the War on Terror, and I well remember the ongoing knot in my stomach during that period of time. Would it be any better with a permanent location in Afghanistan? I don’t have that answer. I only know that when we leave, the Taliban can’t be trusted to hold up their end of the deal. I also know that no one wants a revived al Qaeda attempting another 9/11 attack.