Next post
Half of Americans Won't Let Their Sons Play Football: Why Are We Turning Our Boys Into Cupcakes?

This has to rank up there with one of the more grotesque news items I’ve read recently.

As readers will remember, James Foley, American journalist, was beheaded last August by ISIS – the first in a series of grisly beheadings of Western citizens that were videotaped and shown all over the world. President Obama’s reaction when the news broke was markedly weak (probably because it was interrupting his planned tee time) and the Foley family later expressed their disappointment with the administration in their handling of James Foley’s kidnapping and the attempt to get him released – and that the family was specifically told not to raise or pay any ransom for him.

But ISIS is still looking to profit from Foley, one way or another. As reported by Mike Giglio of Buzzfeed, who is in Turkey, middlemen for ISIS are trying to sell Foley’s body back to his family for $1 million.

Three sources in contact with ISIS or its associates told BuzzFeed News that it wants to sell the remains of James Foley, the U.S. journalist whose August death was the first in a series of high-profile executions of Western hostages by ISIS hands.

They said ISIS wants $1 million for Foley’s body, which it would deliver across the border to Turkey, and that the group was willing to provide a DNA sample to facilitate a deal.

This is just sick.

This former rebel said he was approached by an ISIS leader who asked him to find a channel to either the U.S. government or Foley’s family. Like the other sources, he noted a price of $1 million and the promise of DNA. “They ask for $1 million, and they will send DNA to Turkey, but they want the money first,” he said. “They will not give the DNA without the money.”
He claimed his motivation was to help the grieving family find closure, calling his work “a humanity case.”
Another intermediary, a businessman who has sought to use his own ISIS connections to facilitate hostage deals in the past, was candid about his goals: “This is business.”

Dealing in corpses is “a business” now. What a charming line of work.

The Foley family had no comment for this article.
An official with the U.S. State Department said “we are seeking more information” on whether ISIS is trying to sell the remains of U.S. hostages. A senior U.S. diplomat called the idea “disgusting.”

This is such a cruelty to the family, that I can barely express it. To first know that your loved one was executed in such a brutal way, and to know it was videotaped, then to have his remains offered to you for a price – it beggars my imagination at their grief.

But why wouldn’t ISIS try it? We all know they want money in order to wage their jihad. They tried ransoming live captives and it didn’t work. Selling dead bodies is the next step for them.

I hope James Foley rests in peace, no matter where his body is. I pray his family can be spared more pain. But I do think we could spare $1 million for ISIS – a million dollars’ worth of bombs dropped on them. That would be money well spent. 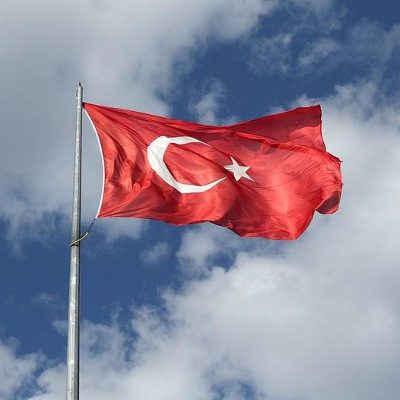