James Foley Mom Shocker: We Were an Annoyance To US Officials 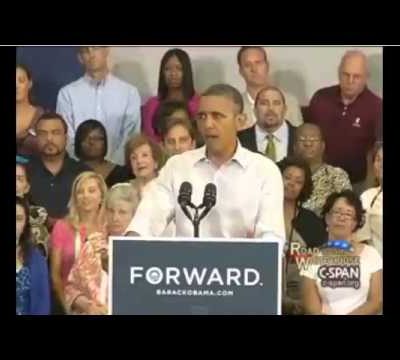 James Foley Mom Shocker: We Were an Annoyance To US Officials

Diane Foley, the mother of beheaded photojournalist James Foley, roundly criticized the Obama administration for their clumsy handling of their son’s kidnapping, as revealed in an interview with CNN’s Anderson Cooper.

“I think our efforts to get Jim freed were an annoyance” to the U.S. government, Diane Foley told CNN’s Anderson Cooper in an interview that aired Thursday. “It didn’t seem to be in (U.S.) strategic interest, if you will.”

“Jim was killed in the most horrific way. He was sacrificed because of just a lack of coordination, lack of communication, lack of prioritization. As a family, we had to find our way through this on our own.”

She was critical of the FBI, and added that she had traveled to Europe on her own to gain information from ex-hostages.

“We tended to know everything before the FBI or anyone else. …. Everyone was kind and supportive, but the FBI used us for information,”

The Foley family also received threats from government officials if they tried to raise money for ransom.

“We were, you know asked to not go to the media – to just trust that it would be taken care of,” she said. “We were told that we could not raise ransom, that it was illegal, we might be prosecuted.”

I watched the interview with Mrs. Foley and Anderson Cooper. Cooper seemed surprised that such a threat could be made. She replied:

“Yes that that was a real possibility, told that many times. We were told that our government would not exchange prisoners, would not do a military action. So we were just told to trust that he would be freed somehow miraculously and he wasn’t was he?”

Our government would not exchange prisoners? Really? Then what was this lovey-dovey image all about, when American army deserter Bowe Bergdahl was exchanged for five Taliban fighters, and Obama made a Big Deal about announcing it to his parents in the Rose Garden?

Now I have to say, watching that interview, that Diane Foley appears to a very lovely, thoughtful, and articulate woman. Devoutly Catholic,  she would be the type of lady who would organize a parish fundraiser for a family on their last dollar. She and her husband John would make wonderful neighbors. But she showed herself to be naive about dealing with ISIS and about the culpability of the Obama administration in the neglect of her son. She believes that it may be possible to negotiate with terrorists. She also claims that her son’s death was “nobody’s fault.”

“It’s nobody’s fault. It’s just the fault of a lack of discussion around it and understanding of the problem.”

Michael Foley, the brother of James Foley, is more direct and open in his censure of the Obama administration’s handling of his brother’s kidnaping. Appearing on The Kelly File, with Megyn Kelly, he spoke of his family’s frustration:

There’s also the pit bull determination of Pat Smith, mother of Sean Smith, the information management officer at the doomed American consulate in Benghazi, who was killed in its raid. She has been relentless in her blasting of the Obama administration, and especially former Secretary of State Hillary Clinton, for his death, particularly in wake of the new information from the three CIA operators who attempted to save the lives of those at the consulate.  She is not alone in her efforts; Sean Smith’s uncle, Michael Ingmire, has voiced his own criticisms, including railing at the American electorate for twice electing an “incompetent president.”

In the end, two families of two American sons were cast off by a president who found them to be hampering his image as the Al-Qaeda slayer. Yet he chose to exchange a deserter for five Taliban killers.  Why? We can only imagine.

Update:  4:30 pm CDT. It appears that the White House has gone into damage control on the Foley story — sort of. White House spokesman Josh Earnest and national security adviser Susan “Video” Rice both extolled the “high risk mission” ordered by the President to rescue James Foley (even though Pentagon sources indicate he dithered 30 days before authorizing the mission). However, the threats the Foley family claimed were made towards them had they tried to raise ransom money for their son were left without response.