Next post
Biden Secrecy: Fly Illegal Immigrant Kids To US Cities In Middle Of Night 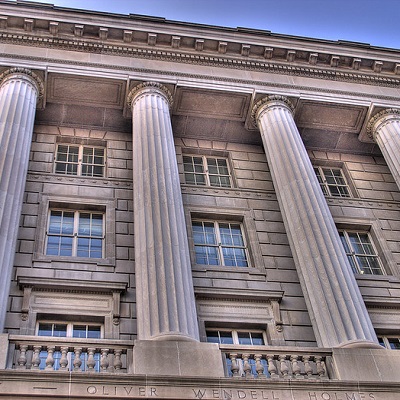 by Shelby Gallagher in Headlines 7 Comments

Tuesday Senate Democrats are set to raise the transactional amount they want banks to report to the IRS for snooping purposes. It’s now $10,000 annually instead of $600. Don’t be fooled, snooping is still snooping.

Initially, the Biden administration pitched the stupid idea requiring banks report annual withdrawals or deposits of more than $600 to the IRS. In other words, snoop on everyone.

Probably while Democrats were trying to figure out their messaging on their new way to snoop on the entire American public, someone forgot to tell Jen Psaki. To will save you from watching Monday’s entire press conference, Jen was was exceptionally cranky and whiny, take a gander over at the 41:10 mark.

Yes, she said it. The banks are being lazy, and she used that buzzword that will make her little quote reach a Google algorithm—one percent.

The Democrats’ new strategy doesn’t change one thing. Anyone who pays a mortgage or rent will qualify for $10,000 worth of IRS scrutiny. Sources leaking the new proposal late Monday mentioned “provisions”.

“After a backlash, the new proposal will instead require the provision of additional information for accounts with more than $10,000 in annual deposits or withdrawals, a measure Democrats have been considering for weeks but have not formally endorsed…The revised version of the bank reporting proposal will also weaken its scope by exempting all wage income from counting toward the $10,000 threshold withdrawal, intending to ensure it applies to only larger account holders… The Biden administration has signed off on the changes and is expected to support the new plan, a potentially key source of new revenue to pay for Democrats’ multi-trillion-dollar economic package.”

Don’t feel good that “provisions” have been made. Snooping is still snooping. Funding the black hole known as Biden’s multi-trillions dollar economic package is the end game. You know…that package he and his minions say won’t cost anyone a dime?

Remembering the now-famous quote from Senator Cynthis Lummis (R-WY), where she ranted the IRS doesn’t need to know if her constituents are buying a couch, it might also be said, the IRS doesn’t need to know if someone is buying a car. Raising the dollar threshold to a higher amount doesn’t change another fact Ms. Lummis said earlier in her screed directed at Treasury Secretary Janet L. Yellen.

Wyoming bank customers are NOT subjects of the federal government.

Wyoming Banks do NOT work for the IRS. pic.twitter.com/648Zit7cXL

If the Biden administration wanted to burden the IRS with snooping in bank accounts for a million dollars, snooping is snooping. Let’s not forget since inflation is hitting record highs, no one will escape the $10,000 IRS bank account snooping threshold.

The cycle is dizzying. The Biden administration needs to rake over everyone’s bank account to pay for a multi-trillion dollar “social welfare and climate change spending package” that will ultimately result in skyrocketing inflation. Constitutional rights be damned. Keep paying for packages!

In true Democrat form, the idea it pitched and passed…enforcement is iffy. After Monday’s crazy press conference followed by the adjusted amount banks be subject to the IRS to report on, Nancy Pelosi conceded the obvious.

Yeah, Nance…getting every single bank in the U.S. to hire, train, and implement this crazy idea is going to be tricky. In more typical Democrat form, Republicans warned her foisting this on banks would be a tremendous burden.

But hey, Jen Psaki says the banks are being lazy. The Democrats are a hot mess, as always. Let that be entertaining. They are not going to convince anyone that weaponizing banks to be minions for the IRS to snoop on Americans is a good idea. After all, the IRS itself has codified the sanctity of privacy.

“IRS Publication 1, Your Rights as a Taxpayer, includes a full list of taxpayers’ rights. It includes The Right to Privacy. Taxpayers have the right to expect that any IRS inquiry, examination, or enforcement action will comply with the law and be no more intrusive than necessary, and will respect all due process rights, including search and seizure protections and will provide, where applicable, a collection due process hearing…”

It isn’t the amount of money being snooped that matters, it’s the tromping of God-given Constitutional rights that’s at issue. Snooping is snooping.