Previous post
Once A Traitor, Always A Traitor: John Kerry 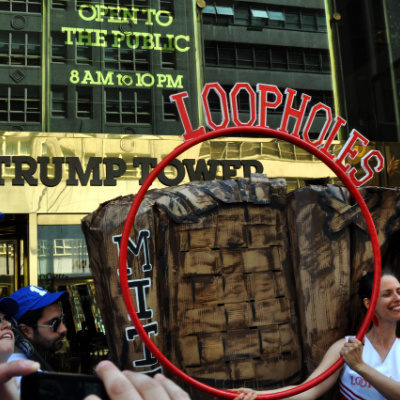 Next post
Biden Blames Corporations For Not Paying Taxes 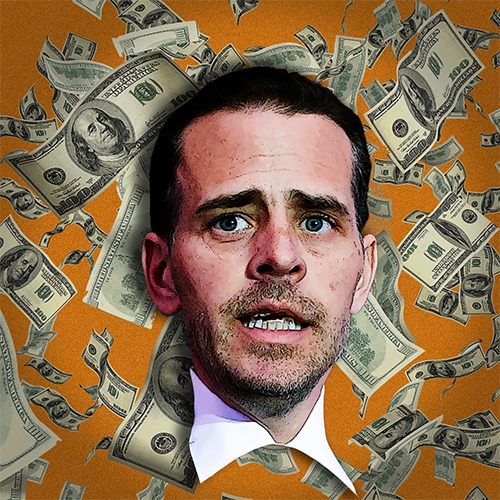 Students who are selecting their classes from Tulane University’s catalog will be graced with the presence of Hunter Biden should they choose a class on…wait for it…Media Polarization!

We know, aspiring “journalists” everywhere want to learn from the absolute best on how to best report the fake news they hear and Tulane University in New Orleans knows this. That’s why they’re only bringing in the best to guest host in their lecture halls! Enter, son of President Joe Biden, Hunter Biden, to discuss media polarization and public policy impacts. From the course description:

(Cough.) You think polarization is increasingly evident? Say it isn’t so! Go on…

This course will explore the current media landscape in the United States and how media polarization, fake news, and the economics of the news business impact public policy making in Washington D.C.

This course will be co-taught by Mitchell Sellers in POLS and Andrew Schwartz, chief communications officer of CSIS, the second largest think tank in the U.S.”-POLA 3010-02, Media Polarization and Public Policy Impacts, Tulane University

An individual from the Washington D.C. think tank known as the Center for Strategic and International Studies is spearheading the conversation on fake news? This is the same think tank that also squawked Russia, Russia, Russia loudly in 2019.

So, what, pray tell, will Hunter Biden be discussing? Perhaps he will roll in after going on a Bourbon Street cocaine bender the night before to talk about his memoir that we’re sure (snicker) he wrote all by his lonesome. Perhaps he will discuss this:

It could have been his laptop. It could have been a Hunter doppelgänger who dropped off said laptop to be fixed, right? And Fox News just ran with it. See? There it is. Fake News. This is what this Tulane course will discuss in detail. How all of the scandal focused around (Hunter’s) laptop was “fake news”. And good, little wanna-be lawyers who become journalists or vice-versa, will take Hunter Biden’s tale as a tale of caution about how the media almost ruined the Presidency for the “Big Guy“.

But Hunter Biden will not be the only guest host during this 10-week course. Other names on the roster? Dr. Deborah Birx, Susan Glasser from The New Yorker, Margaret Sullivan from The Washington Post, Kylie Atwood, CNN, Bret Stephens of The New York Times. Are we sensing a theme here? Oh, silly me. They did include a guest speaker from a right-leaning media outlet. Juan Williams of Fox News!

I know, I’m laughing along with you, believe me.

If Hunter Biden could give a lecture on “media polarization” and “fake news”, he could certainly give more lectures at Tulane or other universities across the country. Perhaps a symposium on Successful Marriages or even a discussion on caring for an elderly parent with dementia is in order? It got me thinking how progressive think tanks could really take over and indoctrinate our college students even more so than they are already. The opportunities are endless. “Dr. Jill” could give a lecture on Immunology. Eric Swalwell could do a little ditty on Operational Security. That would be fun, wouldn’t it? Nancy Pelosi can give students tutorials on Beauty Tips, Botox and Empathy while Andrew Cuomo could give a lecture on Sexual Equality in The Workplace. Gavin Newsom can talk about Walking The Walk During Pandemic in his home state of California. Hey, they can even throw in a bonus session with Maxine Waters on Eye Shields and Activism because, why not? And all of them, collectively, could tell you how the “fake news” portrays them as villains when, in reality, they are all wanting the best for all of us, oh warriors of Democracy!

According to the brains behind pulling together this class and its roster of speakers, Hunter Biden, a Yale-educated lawyer who has never, in any capacity, worked as a journalist, reporter or in the media world is slated to be an authority on fake news and media polarization. Actually, let’s get another thing straight. Hunter Biden has never been qualified for any job that was handed to him on a silver platter. The man has never worked for anything. Basically, Hunter Biden is an overgrown, spoiled rich kid getting set to lecture some more overgrown, spoiled rich kids. I’m holding out hope for at least one student in this class to grill him with some hard-hitting questions. They all can’t be brainwashed yet. Or can they?

It’s not to say that Hunter Biden can’t distinguish real from fake. For instance, after his many jaunts to the strip clubs, we’re sure Hunter Biden could tell which boobs are real and which are fake. But news? C’mon man!