Next post
Hunter Biden Teaches At Tulane In The Fall 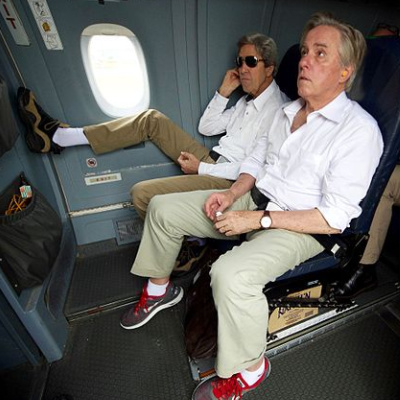 The Victory Girls Blog has a long memory. We may not have been around for certain events in history, but we have read history. John Kerry is in the news for potentially having given information about Israel to Iran. One thing is true about Kerry, once a traitor, always a traitor.

The photo featured at the top of this post if from when John Kerry took a trip back to Vietnam, where he once served with the Navy. The caption from Wikimedia reads:

U.S. Secretary of State John Kerry sits with State Department Senior Adviser David Thorne – a college classmate and fellow veteran – on January 14, 2017, as the prepare to fly from Ho Chi Minh City, Vietnam, to Ca Mau, Vietnam, to take a boat up the Bay Hap River to return to some of the scenes where the Secretary served as a Navy officer during the Vietnam War, and to learn about environmental and reconciliation efforts during his final trip abroad as a Cabinet officer.

The aftermath of Vietnam was when the traitor John Kerry first came to national attention. Full of ambitions, Kerry stuck his finger in the wind and thought that denouncing his fellow Vietnam veterans would aid in his ambitions. He testified, in 1971, before a Senate Committee, the following words:

They told the stories at times they had personally raped, cut off ears, cut off heads, tape wires from portable telephones to human genitals and turned up the power, cut off limbs, blown up bodies, randomly shot at civilians, razed villages in fashion reminiscent of Genghis Khan, shot cattle and dogs for fun, poisoned food stocks, and generally ravaged the country side of South Vietnam in addition to the normal ravage of war, and the normal and very particular ravaging which is done by the applied bombing power of this country.

Traitor Kerry torqued off a bunch of legitimate Vietnam Veterans who protested during his 2004 Presidential Campaign:

Thirty years later, it still makes their blood boil. When, in April 1971, John Kerry testified to a Senate committee that “…war crimes committed in Southeast Asia [were] not isolated incidents but crimes committed on a day-to-day basis with the full awareness of officers at all levels of command,” he said that the average American soldier who fought in Vietnam was a war criminal. Kerry’s statement was false, a blood libel that hangs in the air to this day. If John Kerry had apologized, maybe he’d never have had to deal with the little group that calls itself “Vietnam Veterans for Truth.”

The featured photo above makes my blood boil. Taken on his last foreign trip as Barack Obama’s Secretary of State, the photo of Kerry shows his casual arrogance and ego. All while Vietnam veterans without his, erm, stature were suffering from Agent Orange and the decades of denunciations from politicians like Kerry.

Mr. Kerry also negotiated the execrable Iran Deal. You know, the one that Trump dumped, thankfully. Kerry’s relationship with Mohammad Javad Zarif, Iran’s Prime Minister, didn’t end with the Inauguration of President Donald Trump. Kerry has nothing inside him. No honor and no allegiance to anything other than John Kerry.

During the Trump Administration, Kerry joined World War Zero to fight climate change. This gave him the stage and reason to fly around the world talking to world leaders. He spent a great deal of time criticizing President Trump, for everything. Too bad, so sad, John. Donald Trump won the Presidency in 2016 and you lost in 2004.

Now, criticizing the President is an important National pastime. What makes John Kerry a traitor is how he sold his personal opinions to foreign leaders. While not in office and with no portfolio, John Kerry tried to salvage the Iran deal and hung out with Zarif. Victory Girls’ Nina wrote about this nearly three years ago. You can read her full post here. Here is a snippet:

First of all, as we’ve noted multiple times, the Iranian people are NOT happy with their government. They want the terrorists OUT. Women are going to jail and DYING for daring to throw off their hijabs. Does Kerry realize that? I’d say he likely does. Does he care? Given that he’s conducting “rogue diplomacy” with the world’s largest supporter of terrorism, I’d say the answer is a resounding NO.

Iranian Prime Minister Zarif now says that Kerry was spilling the tea and telling him about Israeli incursions in Iran. Israel, as in “Death to Israel”. Kerry was giving Zarif secrets about Israel? The New York Times had the story this morning:

The recording in question captures Mr. Zarif speaking for hours to an interviewer producing an oral history of the current Iranian administration.

“Kerry has to tell me that Israel has attacked you 200 times in Syria?” says Mr. Zarif, who complains in the recording that Iran’s military has long kept him in the dark on crucial matters. “You did not know?” the interviewer asks twice. Both times, Mr. Zarif replies, “No, no.”

In the recording, Mr. Zarif does not specify when Mr. Kerry was supposed to have made the comment.

A State Department official noted on Monday that Mr. Kerry had a record of supporting Israel’s security and that many of the Republicans outraged by Mr. Zarif’s remarks had said previously that his words could not be trusted.

Of course Zarif is a liar. That doesn’t mean that this is a lie. General Jack Keane talked with Maria Bartiromo:

No, we are not surprised that John Kerry, now Special Climate Envoy for Obama 2.0, would conspire behind the scenes with our enemies during the Trump Administration. Remember how the FBI tried to get General Flynn for the Logan Act for talking to foreign government representatives? Why hasn’t Kerry been charged with violating the Logan Act? And, then charged with treason?

John Kerry has been a traitor since 1971. Why on Earth would he change now? 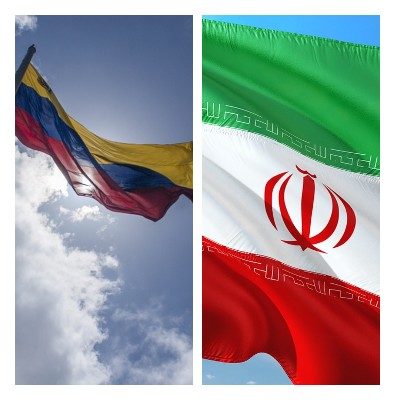 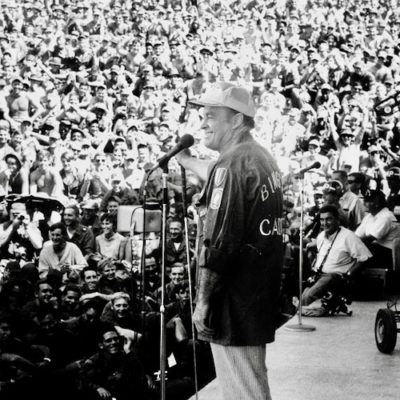