Previous post
Hunter Biden Teaches At Tulane In The Fall 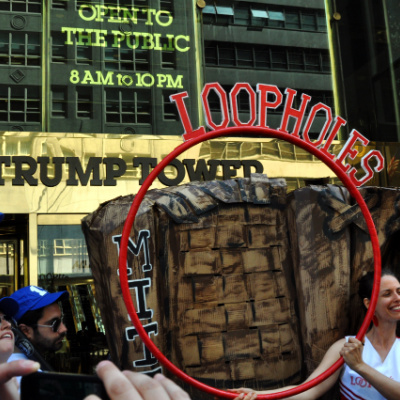 Tonight, Dementia Joe Biden is going to get through his well-rehearsed Address to the Joint Session of Congress. During his speech, the current occupant of the Oval Office will push his $1.8 trillion American Families Plan and all of the beautiful ornaments that hang off of the plan. Ornaments like free preschool and 2 years of free college. Stipends for everyone. Free, Free, Free! Expect to hear the word Free! a lot. Don’t worry about the costs, silly sheeple. Joe is gonna make sure those wily corporations pay their “fair share” of taxes.

Those of you, sitting up front, stop rolling your eyes. You know that “there ain’t no such thing as a free lunch” or Tanstaafl for short. You know somebody always pays. A great number of the American people may recognize that someone else pays, they just don’t think they will be the payer. They think, falsely, that they are the payee. Economic illiterates.

Joe Biden is expected to complain, again, that corporations don’t pay taxes or don’t pay their fair share. Biden was a Senator from Delaware since before Jesus was in Synagogue School. Delaware is where the most corporations are incorporated:

Unlike elsewhere in the U.S., a company incorporated in Delaware can pay a corporate tax rate of 0 percent, while company reports aren’t required to be publicly available, creating a high level of privacy. Essentially, Delaware’s rules make it very easy for companies to benefit from tax havens abroad.

As a consequence, two-thirds of the Fortune 500 are legally headquartered in Delaware. There are more businesses registered in Delaware than there are people by a ratio of 3 to 2. Major companies, like Google and Amazon, are incorporated there despite generally having no real connection to or operations in the state. Biden has specifically called out Amazon for not paying taxes, but while his plan would close some loopholes, it wouldn’t touch the massive one in Delaware that the internet behemoth can take advantage of — even though he could include federal restrictions on Delaware’s behavior in it.

What’s more tax bills are written in Congress. All 10,000 sections are written there. Who was in the Senate for 36 years? Everybody say it together: Joe Biden. Biden whinges about corporations using tax loopholes to avoid paying higher taxes than they need to pay. At some point, before the lights started to grow dim, he knew that it was all a wink and a nod. The rules of the Swamp. Those big corporations with their in-house tax attorneys and accounts and big accounting firms were going to have ways to avoid paying the top rate.

Tonight, Joe will read the script and brag how he will make corporations pay their fair share. He will call out Google and Amazon and maybe President Donald Trump for making use of the loopholes that he helped create to avoid paying more taxes than absolutely necessary to stay within the letter of the law.

By “legal fictions”, Professor Williams means that corporations only exist within the four corners of the legal document of their incorporation. You and I pay taxes. Your car does not pay taxes, your home and land does not pay taxes. You pay the taxes. Corporations have a duty to their shareholders and stakeholders to pass through all taxes. Even CNBC, has a stupid article titled: “Biden’s infrastructure plan won’t raise individual taxes, for now. What you need to know”. There are smart people at CNBC, they know better. As a matter of fact, in order to protect themselves, corporations must anticipate tax increases and raise their prices now. Think of how fast gas prices went up when it was announced Biden would be inaugurated.

If you choose to listen to Biden tonight, make sure that you immediately begin figuring out what all these ornaments are going to cost you. You will pay. Next, take a refresher on the government hog post I wrote three years ago. Finally, have a Scotch. I know I will.