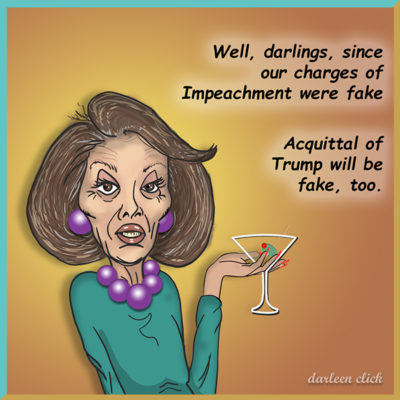 Next post
Rand Paul Versus John Roberts And The Deep State 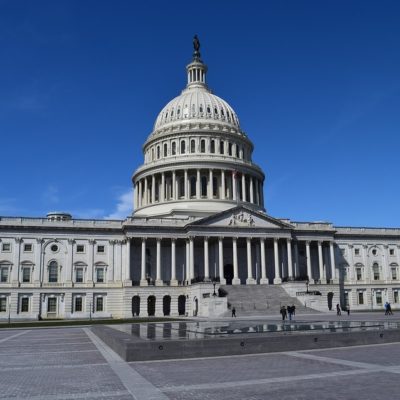 It’s not like everything was going swimmingly for the House impeachment managers up to this point, but the close of the question and answer portion of the impeachment trial provided for some of the more truly spectacular screw-ups from this supposedly capable team.

You can really tell that Adam Schiff just wanted to control this show from start to finish, but he had to let the other House impeachment managers talk. This became a problem when Representative Hakeem Jeffries tried to answer a very good question regarding the use of the Steele Dossier as “foriegn interference” used by Democrats in the 2016 election. Jeffries tried an explanation of “LOL, it’s all good because they BOUGHT it” and then accused the Trump defense team of spreading “conspiracy theories.” The president’s counsel was not amused.

And neither, it seems, were the Republican senators.

And as Jeffries railed on conspiracy theories, including the “Adam Schiff is the root of all evil conspiracy theory,” Graham smiled and nodded. Other Republicans laughed too.

After Sekulow responded, Graham approached Burr on the floor and patted him on the shoulder

This was probably the worst answer possible to this question, and Adam Schiff can smell the blood in the water. While he knows that a conviction isn’t happening, the hope was to at least convince four Republican senators to agree to witnesses. While both Susan Collins and Mitt Romney have said they would vote to hear witnesses, Lamar Alexander of Tennessee – long thought to be on the fence, along with Lisa Murkowski – has said publicly that he will not ask for witnesses because the Democrats have failed to prove their case. Even if Murkowski joins Collins and Romney, that still leaves Democrats one vote short of being able to call for witnesses. Senator Ted Cruz said on his podcast that while Democrats are going to be vocally upset about this, they are secretly rejoicing, because Mitch McConnell deliberately set up this impeachment trial to “make it as painful as possible” for the senators in order to motivate them to want to draw this to a close.

Schiff knows the senators just want to get this three-ring-circus over with. So this is where he brought in the “c’mon, guys, just one more week!” plea.

Schiff said that he wants one week devoted to closed-door depositions from witnesses in the trial as senators prepare to vote on the matter Friday.”

“I will make an offer to opposing counsel, who says this will stretch on indefinitely if you decide to have a single witness,” Schiff, the lead House impeachment manager, told senators.”

Now, the reason Schiff tried for the “only one more week” bargain is because he knows that the senators are itching to get back to their “normal” schedule (not to mention that the Iowa caucuses are next week and if they weren’t such party loyalists, the remaining presidential candidates would be voting to just to get the hell out of there as well). But this is the same ploy that the Democrats used on the Kavanaugh hearings (remember those?), where they pleaded for just enough time in order to get Dr. Ford to testify. We all know how that went. Now, the reason that Schiff only wants a week is because John Bolton – whose testimony he wants and should have pursued while he held all the cards in the House, but chickened out when push came to shove – has said he is willing to testify. Schiff only wants Bolton as a witness. But there is no way in hell that is Bolton gets called, the Republican majority in the Senate will let him be the ONLY witness. If Bolton testifies, Hunter Biden will be called to testify. It’s not likely that he will come willingly, and that DOES mean an extended visit to the courts to get that to happen. Schiff thinks he is being clever by only asking for a week, just to accommodate Bolton’s testimony, and then if the GOP wants Hunter Biden, then Schiff can complain that “he only wanted a week, and this is taking too long.” But as it stands right now, Schiff isn’t going to get the votes he wants to force the issue.

Which makes this last clip all the more hysterical, as Schiff was standing up to answer the last question of the night – only to get nearly run over by Jerry Nadler, who wasn’t going to let anything stand between him and that microphone. Schiff vainly tried to stop Nadler, which made this video an instant classic.

Rep. Jerry Nadler got up to get the last word in for the night. Rep. Adam Schiff, the lead impeachment manager, got up and tried to get Nadler's attention: "Jerry. Jerry. Jerry." pic.twitter.com/M5K2OBXoK1

Nadler then went on to play the role of “old man yelling at cloud,” which I’m sure was exactly what Schiff was trying to avoid. But Nadler was not going to be denied his last chance in the spotlight, optics be damned. I’m sure that made for a fun meeting between the House impeachment managers when the day concluded. Oh, to be a fly on that wall…

I’m decidedly agnostic on the subject of witnesses. I think Bolton’s testimony would be damaging in the sense that it would embarrass Trump, but it wouldn’t prove a crime. I would love to see Hunter Biden twist in the wind on the witness stand. I do think having witnesses would take one argument away from Democrats about the impeachment trial, but I realize they are going to complain no matter what happens. I would also relish the delicious irony of watching Sanders, Warren, Klobuchar, and Bennet having to sit in Washington D.C., waiting for witnesses, while voters are caucusing in Iowa. But we all know the end to this story. President Trump is not going to be convicted, and may even win a Democrat or two to the “acquit” side (though if they don’t, they will probably cite lack of witnesses as the reason why they didn’t vote to acquit). This entire process has been made into a political farce, and the Democrats could have made this easier on themselves by trying to censure Trump. But the House went for the whole hog. They went for impeachment without proving a crime. The crime was beating Hillary Clinton in 2016 and being a Bad Orange Man. And the House impeachment managers have failed to sell their case to the Senate.

So let’s just get this over with. 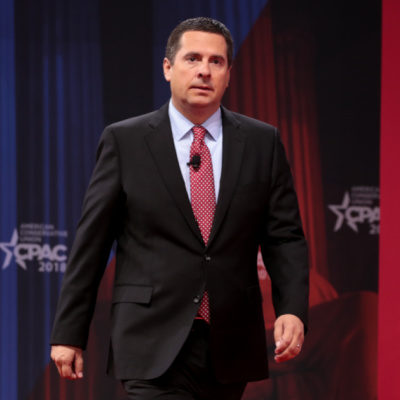