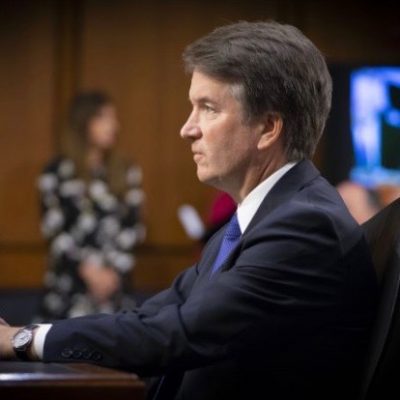 Next post
Biden On Kimmel: It's Obvious Why He Went There 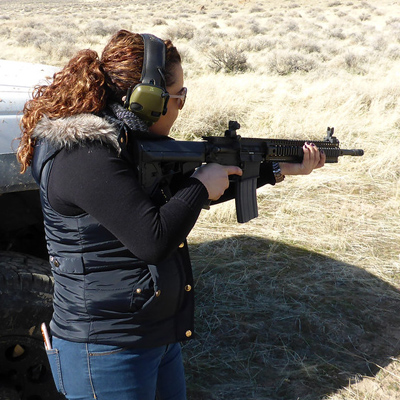 House Dems passed a bill on Wednesday in response to cries to “do something” about mass shootings. What they’ve done instead is to pass a bill which has no chance in the Senate, but made for good theater.

Emotional Testimony in the House

After praising actor Matthew McConaughey’s pleas to stop the political gamesmanship, the Dems did just that anyway. They trotted out survivors of the Uvalde school massacre, goading Republicans with emotional testimony. And you can’t get more heart-rending than the account of a ten-year-old Uvalde survivor who lived through the ordeal. The fourth grader, testifying on pre-recorded video, told how she covered herself with blood and pretended to be dead:

“He shot my friend that was next to me. And I thought he would come back to the room.”

The parents of a girl killed in Uvalde made demands, and accused “some people” of caring more about guns than children:

“We seek a ban on assault rifles and high-capacity magazines.”

“We understand for some reason, to some people — to people with money, to people who fund political campaigns — that guns are more important than children. So at this moment, we ask for progress.”

Dems also brought out a mother whose son was wounded in the Buffalo massacre ten days before Uvalde:

“Let me paint a picture for you: My son Zaire has a hole in the right side of his neck, two on his back and another on his left leg, caused by an exploding bullet from an AR-15. I want you to picture that exact scenario for one of your children. This should not be your story or mine.”

The testimony in the House chambers was raw, just as Democrats hoped it would be. Some voices defending gun rights were also heard, but they paled in comparison with wrenching tales of carnage.

What’s In the House Bill?

The bill would raise the minimum age for buying a semi-automatic gun from 18 to 21; prevent sales of magazines over 15 rounds; and force serial numbers and background checks on “ghost guns.” The package would also ban bump stocks and demand better gun storage in homes with minors.

Oh, and the House Dems would also make it a felony to clean your gun without a firearms manufacturers’ license. Believe it or not, eight Republicans agreed.

This is the kind of thing that passes as "doing something." Making it a felony to clean your gun knowing that the law is completely unenforcable. But the feels. THE FEELS. https://t.co/XxJbyxEw89

The things that make you go, What?

Ridiculous proposals or not, the “Protecting Our Kids Act” has no chance of passing in the Senate. That’s because the Senate is evenly divided between the two parties, and the the bill would need 60 votes to pass due to the filibuster. Democrats know this, so they’re using this ill-fated bill to get some traction as they face disastrous midterm elections. In short, it’s pure political theater.

So much for Matthew McConaughey’s speech.

Other than convincing the gullible that this bill “does something,” in truth, it doesn’t. Reality doesn’t line up with the narrative pushed by progressives and the liberal media.

Facts are, indeed, stubborn things, and here are a few about “gun violence” and mass shootings:

Plus, where you live makes a difference. According to the Crime Prevention Research Center, over half of murders occur in just two percent of the nation’s counties. They’re also concentrated in certain neighborhoods within those counties as well; look at a crime map in Chicago, for example, and you can see the concentration of murders in the city.

Moreover, James Alan Fox, a criminologist at Northeastern University who has studied mass shootings for decades, finds that there isn’t an “epidemic” of these events. And as far as school shootings go, the odds that a child will perish in one are 10 million to 1. That’s about the same odds as being struck by lightning or dying in an earthquake. When Fox sorts out the number of students killed in school shootings over the past decade, it works out to 10 per year — over a population of over 50 million students.

What is increasing, says Fox, is an epidemic of fear. House Democrats, however, along with their allies in the media, push the terror in order to gain political headway. Nor is it above them to shamelessly trot out terrified children and grieving parents in order to hype their anti-gun agenda.

But if this gun control package were to pass, it would not change crime one bit. Instead, it would just open the door for progressives to add increasingly onerous measures upon lawful gun owners until they get what they want: a total ban on all firearms, and the dismantling of the Second Amendment.