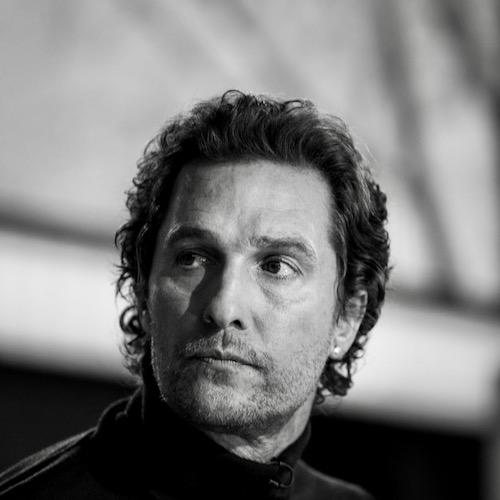 Actor and Uvalde, Texas native Matthew McConaughey was on Capital Hill for the last two days. Today he gave a speech during the White House Press briefing.

During that speech McConaughey discussed the fact that RESPONSIBLE gun owners are not and should not be blamed for the actions of the Ulvade shooter. As he noted millions of responsible gun owners follow the rules correctly all the time.

Furthermore, he pointed out that there are solutions and ideas out there to help stop these attacks from happening…if only politicians will quit grandstanding.

“Responsible gun owners are fed up with the Second Amendment being abused and hijacked by some deranged individuals,” the “Dallas Buyers Club” star exclaimed.

“As divided as our country is, this gun responsibility issue is one we agree on more than we don’t. It really is. But this should be a nonpartisan issue,” the 52-year-old performer, who last year publicly weighed a Texas gubernatorial run said, before turning his focus to Congress.

“There is not a Democratic or Republican value in one single act of these shooters. None. But people in power have failed to act.”

Republicans and Democrats, McConaughey said, need to see “beyond the political problem at hand and admit that we have a life preservation problem on our hands.”

Lawmakers can’t “truly be leaders” if they’re “only living for reelection,” he said.

“I promise you, America: You and me, we are not as divided as we are being told we are,” he said.

He is absolutely correct here. I don’t give a rats ass if one is Republican or Democrat, tragedies like this are a PEOPLE issue, not a political issue. Yet, this is where we are these days. Victims or families of victims are being used as political props and then discarded when the issue is deemed no longer relevant. The gun is the bad thing, not the shooter. Except that it was the SHOOTER who pulled the trigger. Which far too many politicians and the media refuse to acknowledge.

Matthew McCaughey, a native of Ulvade, Texas, penned this op-ed for the Austin American-Statesman proposing his solutions.

1) All gun purchases should require a background check. Eighty-eight percent of Americans support this, including a lot of responsible gun owning Texans. … I’ve met them. Dylann Roof, who killed nine people in a black church in South Carolina in 2015, got his pistol without a completed background check due to a legal technicality. The system failed. Gun control activists call this a loophole. I call it incompetence.

2) Unless you are in the military, you should be 21 years old to purchase an assault rifle. I’m not talking about 12-gauge shotguns or lever-action hunting rifles. I’m talking about the weapon of choice for mass murderers, AR-15s. The killer in my hometown of Uvalde purchased two AR-15s for his eighteenth birthday, just days before he killed 19 students and two teachers. He obeyed the law. Had the law been different, perhaps I wouldn’t be writing this today.

3) Red Flag Laws should be the law of the land. These measures, which are already in effect in 19 states and Washington, D.C., empower loved ones or law enforcement to petition courts to temporarily prevent individuals who may be a threat to themselves or others from purchasing or accessing firearms. These laws must respect due process, judicial review, and hold account individuals who may abuse such laws.

He also pushed for a waiting period before a rifle purchase is completed. Then McConaughey brought up other key points during yesterday’s speech in the White House briefing room.

The media absolutely sensationalizes these tragedies. They can’t help themselves.

MSNBC’s @JoyAnnReid: “Only in America are you literally rolling the dice every time you leave your house, or drop off your kids at school, and you have to pray that today is not your day, or their day, to meet that angry alienated American man with an AR-15." pic.twitter.com/NqLT69WaW5

So no, the media will not learn a lesson from this.

Investing in mental health, and examining the mental illnesses of the shooters, plus hardening schools are both issues that I strongly agree with. They should be priorities for everyone, except the Biden Administration has already informed us that hardening schools is not on the agenda, and as I noted here, are outright ignoring the recommendations from Sandy Hook and Parkland commissions. Which also tells me that mental health isn’t a priority for this Administration either.

Red flag laws are problematic as those laws have been abused multiple times. Furthermore, a red flag law was in effect in New York, and no one used it regarding the Buffalo shooter, EVEN THOUGH people KNEW well ahead of time he was a danger to himself and others. Would a Texas red flag law have stopped the Uvalde shooter as Matthew McConaughey believes? Considering people knew a month, weeks, and days ahead of time that he was planning something and no one said a word… There’s another reason why Red Flag laws are a problem. The person flagged is assumed guilty until proven innocent, which is contrary to everything our Republic stands for.

In many instances these are ex parte orders, meaning respondents don’t even know until cops show up demanding their property. One man was killed by police who surprised the respondent by showing up at 5am to enforce the order https://t.co/zzghfGlCop

Background checks, done properly DO work. Also, the Uvalde shooter had nothing in his background to alert the system.

Matthew McConaughey’s heart is in the right place. Reasonable discussions should be held, with caveats.

There’s something else that Matthew McConaughey hasn’t addressed here. The police response, the shooter’s background and fractured family life, and the money trail. All of these questions and more SHOULD be at the forefront of this conversation. Yet they aren’t.

We should be doing a deep dive into the shooter’s background before focusing on the guns themselves. The shooter is the problem, not the weapon the shooter chose to use. We shouldn’t forget that.