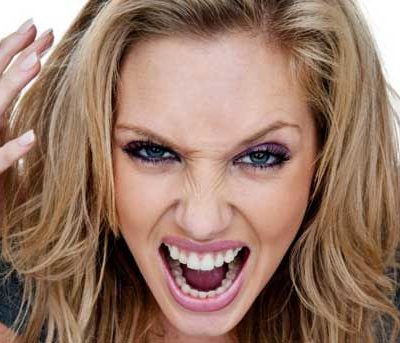 Next post
The Mainstream Media Does it Again: White (Republican) Women Are Soooooo Angry! 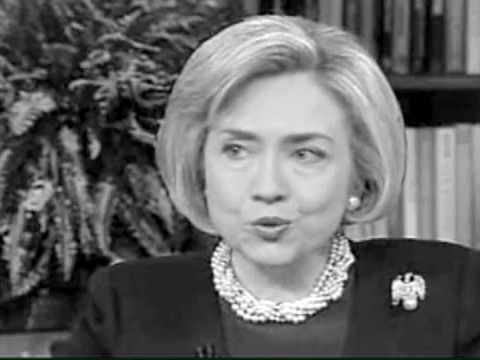 We already know that Hillary Clinton is not going to handle questions about her husband’s extramarital escapades very well during this campaign. She’s already given a completely weak and pathetic answer once during a Q&A session, and at a New Hampshire rally yesterday, she outright dismissed an attendee who was trying to confront her.


Except that this wasn’t just an attendee – or a “heckler,” as the mainstream media was trying to label her. This was New Hampshire state representative Katherine Prudhomme O’Brien, a former Democrat turned Republican, victim advocate, and rape survivor. You know, the kind of woman that Hillary says deserves to be listened to and believed. Remember that?

Well, Prudhomme O’Brien wanted to ask Hillary about that, and why Juanita Broaddrick wasn’t listened to and believed. And this is what she got instead:

WATCH: @HillaryClinton shuts down heckler: "You are very rude, and I am not going to ever call on you."https://t.co/fJns50eKv6

When other media outlets managed to catch up to her, this is what she had to say about it (note the “heckler” label again):

Heckler at Clinton event is a GOP state rep who was asking about Bill Clinton rape allegations. pic.twitter.com/rcE0mOeLtI

Later, on Facebook, Prudhomme O’Brien was able to explain why she tried to confront Hillary.

It all started when I saw Juanita Broaddrick give an hour long interview on Dateline NBC to Lisa Myers in 1999 where she said she was raped by Bill Clinton in 1978. You can find a video of it on Youtube. I believed her so when Al Gore was running for president, I asked him if he believed her too because I was shocked that women’s groups like NOW were not demanding answers. Gore told me that he doesn’t know the story but that I should forgive Clinton anyway as if I was asking about an affair, not a crime. After Broaddrick saw that question on TV, she called me and I asked her all the questions people were throwing at me about why she may not be telling the truth. I was in a support group at the time for rape and sexual assault survivors and I know this subject better than I want to. (…) During the call Broaddrick made to me back then, she told me that she felt that Hillary personally threatened her soon after the attack, threatened to keep quiet about it. I specifically asked if she could have thought it was consensual. Hillary had spoken of the incident on a car ride to the event, Broaddrick told me, unaware that the driver was someone Broaddrick knew through a friend, things were said that made her believe that Hillary knew about it and did not think it was consensual. At any rate, it is very weird that Hillary now says on the campaign trail that women should be believed when they say they have been raped(she is correct about that, false reports are rare, it happens but it is not the norm) but told a questioner on the trail last month that she does not believe Broaddrick and Kathleen Willey(who has said that Bill Clinton sexually assaulted her by grabbing her breast when they were in the Oval Office together). Clinton told the questioner that she does not believe them because of evidence against them. I would like to know what that is. It is true that Broaddrick told her story very reluctantly and first said nothing happened in an effort to make it all go away but when the FBI started asking her about it, she was advised that she cannot lie to them. even if she wants to.That is when she told the whole story to them. I have met Hillary 3 times before today and twice I have asked her if she believes Broaddrick. She told me she does not know who she is in 07 in Nashua and in July of this past summer in Gorham, she told me that again and that she doesn’t care about this. How then can she evaluate evidence of some kind about a woman she does not know or care to find out about? I am sick of playing the game, I get it, Hillary believes Broaddrick was raped and that is why she will not discuss it in any sincere way. That is what drove me to do what I did today, my concern for sexual assault survivors. If I could have brought this issue up in any polite way or if people in her campaign really did follow up with me by calling me, I would never have been so impolite. I know I was impolite but in this whole scenario, you are angry at the wrong person, save that anger for Bill Clinton for being a sexual predator or for the woman who enables him-not me.

And Prudhomme O’Brien is absolutely, totally correct. Hillary has enabled Bill’s behavior. She might have been furious with him, she might not want to spend time with him, but she enabled it by staying silent about it. And then she went along for the ride all the way to the White House, where we know it happened again. And did she say anything then to Monica Lewinsky? Not. A. Word. Just her claim that it was all a “vast right-wing conspiracy” to take down Bill.

Katherine Timpf made this point last month in National Review: Hillary Clinton is no feminist, she is “someone who not only remains married to an alleged serial rapist but also reportedly worked to ruin his accusers for the sake of his career.” (emphasis in the original article)

Katherine Prudhomme O’Brien just illustrated this same point at the New Hampshire rally again, for all to see. And for telling the truth, the press derides her – a state representative, a victim advocate, a rape survivor – as a “heckler.” After all, their queen must be protected, no matter how badly the stench rising from the truth smells.