Previous post
Some Oregon Protestors Occupy Federal Land, But Are They Justified?

Mark Kelly Gives Opinions On Who Owns Guns, Ignores Who Shot His Wife 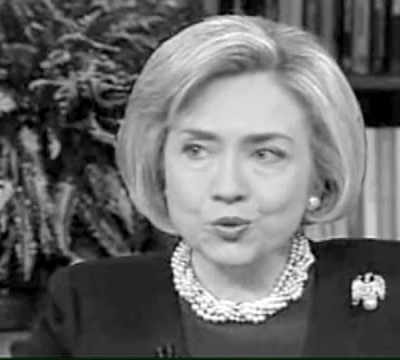 Mark Kelly Gives Opinions On Who Owns Guns, Ignores Who Shot His Wife

Mark Kelly is considered a “gun control expert” for only one reason – his wife was shot through the head. We all agree that it was a terrible, horrible, awful event that forever altered her life and his. But now Kelly has been granted “expert” status by the mainstream media, and Meet The Press brought him out to discuss what might be in President Obama’s purported “executive action” on guns.


Kelly is all about closing that gun show loophole, and he just knows who is buying guns these days.

Well, I mean, the president and I have talked about this. I mean, when you look at places in middle America, people who make less money than they used to. I mean, I just saw this blog entry by Fareed Zakaria the other day, that the one area is middle aged white men, where life expectancy is going down. So you have this segment of society that just feels like they’re losing things.

Kelly gives no citation for his facts. (He also goes on in his next breath to say that over 100,000 people are shot every year in the United States, which is a talking point from the Brady Campaign, which deliberately lumps together all gun deaths, including suicides and suicide attempts, into their statistics.) He just tosses out that “middle aged white men” are arming themselves.

You know who wasn’t middle aged? Jared Lee Loughner. You know, the 22 year old who shot Mark Kelly’s wife at point-blank range. Who legally purchased his 9 millimeter Glock handgun which he used to shoot innocent people at a store, not a gun show. If Mark Kelly truly wished to decrease gun violence, then you’d think that he’d be invested in preventing other Jared Lee Loughners, who might have a history of run-ins with campus police and a college suspension that asked him to get a mental health evaluation before it was lifted, from purchasing weapons. But no. Kelly is into posturing, not providing solutions. So he’ll go along with the long-discredited canard of the mythical gun show loophole being the root of all gun crime, because it makes him feel like he’s importantly doing something. And because he has “expert” status, Chuck Todd says absolutely nothing about Kelly’s wild assertions.

But Chuck Todd promises that “We’ll be, I’m sure, hearing from you later in the week when we hear more from the president.” Spare us. We don’t need any more self-proclaimed celebrity gun control “experts” to side with the president. We have the entire mainstream media for that.