Next post
Respect For Marriage Act Has Leftist Detractors 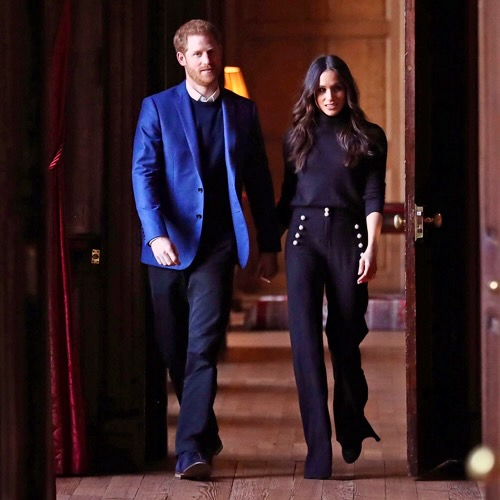 UPDATED: Harry and Meghan are public whiners. They have a very privileged life, yet all they do is whine about how the public and media are oh so intrusive! One would think that, if they didn’t want to deal with the media, paparazzi, and the public at large, they would’ve quietly faded from the scene.

But NOOOO, now there’s the Netflix documentary that will get at the “truth,” whatever the hell that is.

Harry and Meghan’s incendiary Netflix series is ‘an amazing act of revenge’ that will ‘widen the rift’ with Prince William and weaken the very institution he will inherit when he becomes King, royal experts told MailOnline today after the US streaming giant released a second trailer for the Sussexes’ documentary.

In a new-one minute preview, the Duke and Duchess of Sussex lash out at the ‘hierarchy of the family’, claim insiders ‘leaked and planted’ stories about them, describe royal life as a ‘dirty game’, then – after footage of Princess Diana and Kate being hounded by photographers – talk about ‘the pain and suffering of women marrying into this institution’.

Instead of working WITH the Royal Family to solve their perceived issues, they publicly threw a tantrum in 2020 and ‘left’ the family. They continued the tantrum with various statements, tried to continue to be Royals with all the perks, and then, when the Queen rightly said NO, Harry and Meghan did that horrendous interview with Oprah.

It was during that interview that the allegations, with zero evidence provided, of race came up. Said allegations of racism have continued from those two, with the Royal Family caught between a rock and a hard place. Needless to say, if one searches, is there REAL evidence of racism towards Meghan? No one seems to know. Therefore, is this a Jussie Smollet on the royal stage? It could be.

Supposedly this documentary is about Harry and Meghan’s REAL story.

“In an unprecedented and in-depth documentary series, The Duke and Duchess of Sussex share the other side of their high-profile love story,” a description for the series reads. “Across six episodes, the series explores the clandestine days of their early courtship and the challenges that led to them feeling forced to step back from their full-time roles in the institution. With commentary from friends and family, most of whom have never spoken publicly before about what they witnessed, and historians who discuss the state of the British Commonwealth today and the royal family’s relationship with the press, the series does more than illuminate one couple’s love story, it paints a picture of our world and how we treat each other. From the critically-acclaimed, two-time Academy Award-nominated and Emmy-winning director Liz Garbus, ‘Harry & Meghan’ is a never-before-seen look at one of the most-discussed couples in history.”

It’s about challenges folks. It’s about race and racism that Meghan and Harry have experienced as a couple.

NEW – Harry & Meghan's Netflix: "It's about hatred, it's about race."pic.twitter.com/YwOS8pUJR0

Do we have evidence of actual instances of racism? Nope, none are forthcoming. We are just to believe all the things they say without question.

In the midst of their claims that all they desire is privacy, Harry and Meghan continue to publicly whine about how mistreated they’ve been, or lecture us peons while living large.

Amazingly, Meghan says this in her carefully chosen interview with The Cut :

“What’s so funny is I’m not trying to be cagey,” she said at the time, proceeding to praise Garbus’ acclaim. “I don’t read any press. So I don’t know what’s confirmed. I will tell you Liz Garbus is incredible.”

I can guarantee you 100% that Meghan DOES read what is said about her. I can also guarantee that the Oprah, Cut, and Variety interviews were very carefully scripted. So carefully scripted, that already there are problematic photos and videos used in both trailers. None of which correspond to actual events that Harry and Meghan themselves were involved in.

They already tell yet another lie in the first trailer with the Harry Potter paparazzi shot. These two wouldn’t know the truth if it slapped them round their latte-encrusted tiaras. https://t.co/ljK9B9d5Hh

Was it a huge tragedy that the relentless paparazzi were involved in Diana’s death? Absolutely. Did it impact her sons and also bring changes as to how the media and Royal Family deal with each other? Yes.

Yet now we have Harry and Meghan throwing tantrums and unfounded allegations around like confetti while whining about how invasive the media is. They just want privacy!

Harry has estranged himself from his family and burned all or nearly all the bridges in doing so. For all their whining about the publicity and lack of privacy, the hypocrisy of them GOING public with a documentary about their life of privilege is quite the hypocritical move. Then again, did you expect anything different from the the two non-Royal whiners?

UPDATE: Needless to say, Harry and Meghan’s creative editing along with the Netflix team isn’t going over well. It isn’t just 2 or 3 scenes that were photoshopped in and/or convey the impression that they were hounded, it is that media who WAS at key events are beyond PISSED that those two have left out key information such as THIS.

This photograph used by @Netflix and Harry and Meghan to suggest intrusion by the press is a complete travesty. It was taken from a accredited pool at Archbishop Tutu’s residence in Cape Town. Only 3 people were in the accredited position. H & M agreed the position. I was there. pic.twitter.com/nvjznlloLF

Somehow I’ve a feeling that the full documentary is going to make Harry and Meghan look even worse than they do now if this is how things have already started.

Feature Photo: Harry and Meghan via Bruce DeTorres on Flickr, cropped and modified