Next post
Mayorkas Admits Releasing Haitians Into US Interior 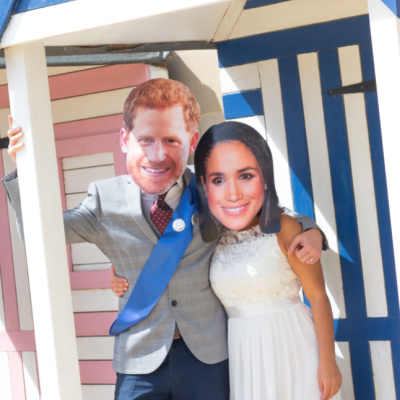 by Toni Williams in People 11 Comments

Meghan and Harry, that is the former Meghan Markle and Prince Harry, attended the Global Citizen Live concert in New York City. The Duke and Duchess of Cluelessness proceeded to lecture us on solving Covid-19 and vaccine equity.

Before you say “not another post about Meghan and Harry”, bear with me. Those two are part of the elite. They are petted and admired by the same folks who brought you AOC at the Met Gala in the “Tax the Rich” dress. They get the ink and clicks and pat themselves on the back while doing absolutely nothing useful.

While I had heard the term “global citizen”, you know, someone who is aware of the issues of the wider world and tries to live a sustainable life, or whatevs. I had never heard of Global Citizen as an organization. The goal of Global Citizen, according to co-founder Wei Soo, is the end of extreme poverty by 2030.

Global Citizen Live is a 24-hour global event starting on September 25 to unite the world to defend the planet and defeat poverty. Hailing from 6 continents, the broadcast will feature artists, celebrities and world leaders coming together to create change and impact climate and poverty.

The event will feature performances from all over the world, including: Lagos, London, Los Angeles, New York City, Paris, Rio de Janeiro, Seoul, and Sydney. Additional locations and event-specific details will be announced in the weeks ahead, in accordance with local health and safety restrictions.

Most of the locations listed are pretty well off and pretty Western (colonialists?). I thought that “global” meant something different. Only Lagos, Nigeria (50% poverty rate) and Rio de Janeiro, Brazil (22%) are “global” in the common definition.

So, exactly what did Meghan and Harry have to contribute to the Global Citizen Live event? Absolutely nothing. But, you judge for yourself:

I know I just want to be lectured about “equity” by a woman wearing a Valentino shift dress that retails for $5400.00. A true message would be just as true in a $26.00 clearance dress from Target. I won’t even mention that she is wearing white after Labor Day, oops.

“Every single person on this planet has a fundamental right to get this vaccine. That’s the point. But that’s not happening. And while in this country and many others you can go almost anywhere and get vaccinated, billions of people around the world cannot,” Duchess Meghan said.

Prince Harry also shared a summary of the Duke and Duchess’ discussions regarding vaccine distribution with world health experts over the past year. The couple also met with world leaders during several meetings in NYC these past few days.

“They said many countries are ready to produce vaccines at home, yet they aren’t allowed to, because ultra wealthy pharmaceutical companies are not sharing the recipes to make them. These countries have the means the ability and the workers to start manufacturing. All they are waiting for is the vaccine intellectual property to be waived and for the vaccine technology to be transferred over,” he said.

Meghan and Harry live in California. They could have filmed their lecture from L.A.. But, free trip to NYC? Why not? And, they are living large in NYC. They are spewing CO2 fumes in their convoy of three black SUV’s and:

From there, they pit-stopped at the luxurious Carlyle Hotel on Manhattan’s Upper East Side. First-class suites cost an astonishing $ 8,800 per night. The couple stayed there for a four-day trip and were seen eating at a fashionable hotel restaurant after arriving at Big Apple from home on Wednesday night. California.

Don’t get me wrong. The Carlyle is great. When we lived up that way, as a surprise for his birthday, I took my husband to the Cafe Carlyle to see the late Bobby Short play. We stopped in Bemelman’s Bar for a drink. It was an outrageous expense, but I have never lectured anyone on how to live her life or spend her money. These two, Meghan and Harry, never stop.

Equity as performance art. We are not all in the same boat. We are being lectured by people in a yacht about people who are drowning. The rest of us are paddling as fast as we can in our rowboat.