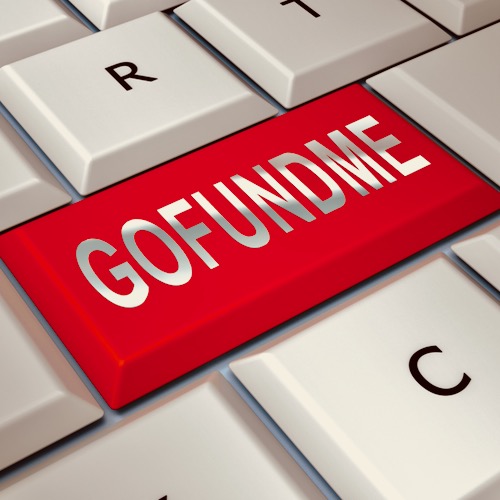 GoFundMe not only caved to the Canadian government, they are now going to send those donations to charities that THEY choose.

GoFundMe said it cut off funding for the organizers, because it had determined the effort violated the site’s terms of service due to unlawful activity. It had already suspended the fundraising effort, which had raised about 10 million Canadian (US$7.8 million).

“We now have evidence from law enforcement that the previously peaceful demonstration has become an occupation, with police reports of violence and other unlawful activity,” GoFundMe said in a statement.

“No further funds will be directly distributed.”

Ok. Let’s take a look here. Canadian truckers who were ordered to get vaccinated or else, decided to protest in person at their national capital. These are the SAME truckers that have been providing fuel, food, goods, and services to the country during the entire damned Covid lockdown. But NOW, because they are sick and tired of the mandates, they have had enough and so they drive to Ottawa for a peaceful protest.

To ensure GoFundMe remains a trusted platform, we work with local authorities to ensure we have a detailed, factual understanding of events taking place on the ground. Following a review of relevant facts and multiple discussions with local law enforcement and city officials, this fundraiser is now in violation of our Terms of Service (Term 8, which prohibits the promotion of violence and harassment) and has been removed from the platform.

Organizers provided a clear distribution plan for the initial $1M that was released earlier this week and confirmed funds would be used only for participants who traveled to Ottawa to participate in a peaceful protest. Given how this situation has evolved, no further funds will be directly distributed to the Freedom Convoy organizers — we will work with organizers to send all remaining funds to credible and established charities chosen by the Freedom Convoy 2022 organizers and verified by GoFundMe.

Let’s just stop right there. What events taking place on the ground? Do you meant to tell me that the Canadian truckers are setting fire to Ottawa? Are entire car lots being torched? What about businesses being attacked or police precincts being set on fire?

Oh my goodness! NONE of that is happening!! Dear Ottawa chicken shits and the liberals at GoFundMe, show us where on the hurt feelings report that you were most affected.

The vaccine mandates have caused multiple problems. Most specifically when governments designated truckers, grocery store workers, nurses, doctors, and home improvement employees as ESSENTIAL, but now are demonizing them for being hesitant about the vaccines. Is it any wonder that they’ve had enough?

But what you DO NOT SEE is the truckers destroying anything around them.

Hey folks, what is missing from the above video? You guessed it. No fires, no looting, no burning vehicles… Nope. Not one bit.

As an Ottawa resident, it’s so bizarre watching this thing unfold. Local news, city council are all “end of days, chaos and call in the army” but my Mom’s groups on Facebook are baking muffins, making sandwiches, sharing videos of singing protestors and doing trucker crafts 🇨🇦

GoFundMe is supremely two-faced. Why? Because, as they trash the Canadian campaign, they allow others to continue. Remember the lunatic jackass who drove through the Christmas parade? GoFundMe let that campaign run until the public became aware of it.

Just last week, GoFundMe went public to explain why they banned fundraisers for Kyle Rittenhouse from their platform:

“GoFundMe’s Terms of Service prohibit raising money for the legal defense of an alleged violent crime. In light of the Kyle Rittenhouse trial, we want to clarify when and why we removed certain fundraisers in the past.”

So why is it that as of Tuesday night, a fundraiser is being allowed for the suspect in the Christmas parade massacre?

That’s an exceptional question! GoFundMe has allowed LOTS of questionable fundraisers to continue. But evidently, when a government tells you that the fundraiser is wrong, GoFundMe caves and asks how high they need to jump.

This is a PERFECT encapsulation of the hypocrisy.

It’s not my money pic.twitter.com/IKRxhGo8wS

Recall: @TheRickWilson bilked gullible liberals out of $65k using @GoFundMe for a film that never came. He kept promising to get more money, yet: nothing. Despite this being reported and denounced, @GoFundMe did nothing because "the film was anti-Trump:https://t.co/dVlAd7rVqg

Oh indeed! A GoFundMe for the CHAZ/CHOP crap was awesome! And let the Lincoln Project continue with their grift?? Totally fine! Why? Because liberal narrative was the absolute best! But a GoFundMe for Canadian truckers who’ve been keeping the country together and have had ENOUGH of the government overreach? Confiscate the donors money and send it elsewhere, whether the donors want it or not.

Jordan Peterson is absolutely correct. This is government funded theft. The donors have two choices. Ask for a full refund or have their donation sent to a charity that is not of their choosing.

New game plan. Use any other platform other than GoFundMe to help those in need.

UPDATE: GoFundMe realized, somewhat, the hole they dug for themselves.

If you are not prepared to release the funds to the group they were donated to – the truckers – of course you should refund them.

The audacity to think you had any right to redistribute the money elsewhere. 🤯

I hope this political decision affects your business.