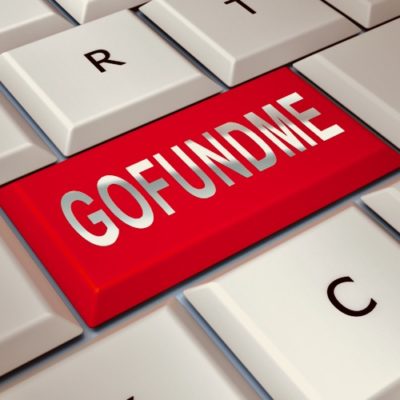 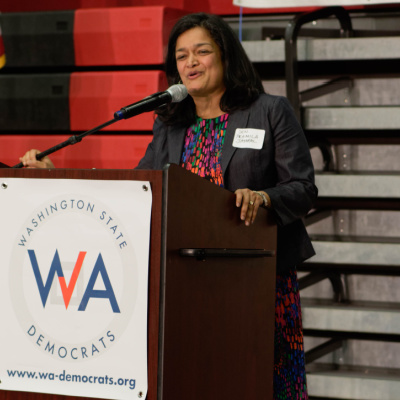 David Friedman, the Ambassador to Israel under President Donald Trump, has a new book “Sledgehammer” coming out on February 8, 2022. In the book, the Ambassador states that Representative Pramila Jayapal accused Israel of war crimes just after visiting an Israeli Holocaust Museum. It’s difficult to overstate the pure evil that is in that woman’s soul.

Pramila Jayapal was first sworn in as the Representative for Washington States’ 7th District in 2017 and is a member of “The Squad”. The Squad, which includes Alexandria Ocasio-Cortez, Ayanna Pressley, Ilhan Omar, Rashida Tlaib and Cori Bush, is know for their blatant anti-Semitism and their support of the Boycott, Divestment and Sanctions (BDS) Movement against Israel. It should come as no surprise that Jayapal would slander Israel, but on Israel’s own soil?

Per Friedman’s book, Jayapal was visiting Israel on a tour sponsored by a George Soros backed group called “J Street”. The group that included other Democrats, except Tlaib and Omar who were barred entry, visited Vad Yashem, a Holocaust Museum to “learn” about the murder of six million Jews.

After the visit to Vad Yashem, the group visited Ambassador Friedman. From his book “Sledgehammer”:

I was paid a visit by a group sponsored by J Street. Many were surprised that I met with them given the outrageous conduct they displayed in opposition to my Senate confirmation as well as their anti-Israel advocacy. But I decided, nonetheless, to give them an audience. I was optimistic that there might be some common ground with an organization that claims to be pro-Israel. There turned out to be no basis for my optimism.

J Street brought to the meeting Congresswoman Pramila Jayapal, a progressive Democrat from the state of Washington who was making her first visit to Israel. Jeremy Ben-Ami, J Street’s president, introduced Jayapal and invited her to speak.

“Mr. Ambassador,” she began. “This is my first visit to Israel and it’s an incredible country. I just visited Yad Vashem, so I certainly have a good sense of the tragedies that have befallen the Jewish People. But I also just visited Khan al-Ahmar, and I must say that there Israel is committing a war crime.”

The conditions in Khan al-Ahmar are the object of misguided activism within Western Europe and progressive America. If you drive down from Jerusalem to the Dead Sea on Highway 1, you see the “village” on the right alongside the road — a scattering of tents and tin-roof huts with an occasional camel or motorcycle interrupting the desert landscape. Khan al-Ahmar is inhabited today by about 150 Bedouins, a significant increase from the past before left-wing NGOs made it a cause célèbre.

It is illegal and unsafe housing, pure and simple. But Israel’s government has been attempting to change that for years … The Israeli Supreme Court has made numerous rulings that the community is illegal but has delayed its demolition in order to encourage a consensual resolution.

I turned to Congresswman Jayapal and began, “If, after visiting Yad Vashem, you consider Khan al-Ahmar a war crime, then you didn’t pay sufficient attention at Yad Vashem.

“In your vast study of the Holocaust, did you happen to notice whether Hitler gave the Jewish people ten years to litigate their rights to remain in their homes? And was there a judicial system in Nazi Germany that bent over backward to find a means for Jews to live safely and with dignity?’

I went on. “You may be right that there is a better way to resolve the Khan al-Ahmar dispute, although none has been presented, and I would be happy to have that discussion. But accusing Israel of committing a war crime tells me you know nothing about Israel and nothing about war crimes.” I turned to J Street’s leader and then back to the congresswoman. “You have been ill served by your tour guides.” And I walked out.

The problem with Jayapal and all of the other members of The Squad is that they are way too big for their britches. They are naive about the world and think they know it all. They got elected to Congress to be “servants” to United States citizens per the Constitution and they think they got elected world rulers. They are all haughty, condescending know-it-alls. Jayapal is known for being rude to colleagues. Lord help us all, she thinks that she is the natural heir to Nancy Pelosi.

Worse than all of that Jayapal is incapable of opening her mind and learning. The small-brained female walked out of a Holocaust museum and kvetched about an adjudicated settlement in Israel. The deaths of six million Jews, 130,000 (minimum) Gypsies (Roma), and 250,000 handicapped people didn’t effect her one jot. Can you imagine being that emotionally bankrupt? Among the representations that the Vad Yashem Holocaust Museum presents are the stories of survivors such as Halina Friedman’s story. Kindergarteners being shot by machine guns didn’t move Jayapal at all:

Jayapal is a heartless, anti-Semitic monster. We should tighten our immigration policies, but I don’t think India will take her back. Sad.