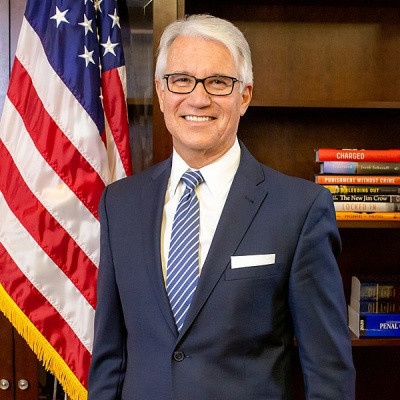 A second effort to try to recall Los Angeles District Attorney George Gascon has failed for now. There was a nearly 30% rejection rate on signatures collected for the recall effort. Importantly, there are remedies available to those running the recall effort, but they are limited and time sensitive. Gascon was condescending in his glee over the effort’s failure. Typical elitist who thinks he knows everything and learns nothing.

Last month, Victory Girls’ Darleen wrote about Gascon’s hubris and his falling fortunes right after the recall of Gascon’s successor in San Francisco, Chesa Boudin. From her post:

From the moment Gascon secured the election, he wasted no time in declaring war on his own office and doing everything he could to reshape it into a second Public Defenders Office. His unilateral, take no prisoners approach not only alienated his staff but law enforcement, victims’ families and even judges. He clings to power even in the face of increasing opposition and legal setbacks to his reign.

Not enough opposition or legal setbacks apparently, not that George recognizes anything but his own ego. The first recall effort failed because of lack of organization and money. The second effort was more professional with a good opening statement:

As soon as he was sworn into office, District Attorney George Gascon began issuing directives to his prosecutors, instructing them to go soft on crime, coddle criminals, and trample upon the dignity and rights of crime victims.

To keep our communities safe, to mete out just punishment to those who break our laws, and to provide justice to crime victims throughout Los Angles County, we must recall District Attorney George Gascon.

I also suggest you read some of the fourteen victims’ stories the recall effort collected. These are the people that George Gascon ignores. In the name of George’s idea of equity, these victims don’t matter.

Late yesterday afternoon, the news broke that the second recall effort had failed to meet the requirements:

Here is how the Los Angeles Times reported the failed effort:

To put Gascón’s job on the ballot, the campaign seeking his ouster needed to gather 566,857 valid signatures by mid-July, a figure reflecting 10% of the people eligible to vote in the election cycle when Gascón won office in November 2020. The L.A. County registrar-recorder/county clerk’s office said Monday that about 520,000 of the signatures submitted were valid.

While the campaign submitted roughly 715,000 signatures, some were inevitably going to be disqualified if they were signed by people who were not properly registered to vote in L.A. County or if a registered voter’s signature didn’t match the one on file with the registrar.

On Monday, the registrar’s office said 195,783 of the signatures submitted were invalid. Most that were tossed out were either duplicates or submitted by people who were not registered to vote, officials said.

In California, most recall drives see between 20% and 30% of collected signatures disqualified, according to Joshua Spivak, an expert on recall elections and senior research fellow at UC Berkeley Law School’s California Constitution Center.

The pompous saphead immediately took to Twitter to show his backside again:

My primary focus has been & will always be keeping us safe & creating a more equitable justice system for all.

I remain strongly committed to that work & to you.

Who is this “you” that Gascon mentioned. It’s certainly not the citizens of L.A. County, not the poor, not the “oppressed groups”, and not the middle-class taxpayers. He must mean the criminal class. The recall organizers do have remedies:

The recall’s backers have a three-week window to review the registrar’s findings. Recall backers have told Fox News in recent weeks that this process would be more useful to them in gathering evidence for possible litigation.

The recall organizers have said that they will not have a third recall effort if this second fails. They will try to defeat Gascon in 2024 at the ballot box. The question is: Do they have enough money to fight George Soros and his money? The people of L.A. County had better wake up. How much more blood does Gascon need on his hands?