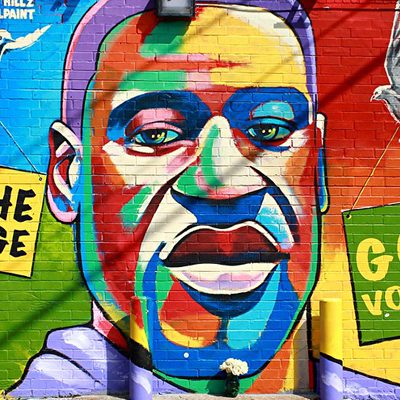 It may not be the defunding of police that socialist Democrats dream about. But the George Floyd Justice in Policing Act passed the Dem-majority House late Wednesday night. However, it may be a tall order to get it passed in the Senate; not only did just one Republican vote for the measure, but two Democrats voted against it. Plus, most bills require 60 votes in the Senate to overcome a filibuster, and with the 50-50 Senate it looks like the act will die there.

Like House Speaker Nancy Pelosi, who issued a statement, which reads in part:

While Rep. Ilhan Omar, who presided and called the House vote, tweeted that this bill would “address centuries of brutality.”

Today, 10 months after George Floyd’s murder, I had the honor to preside over debate and call the vote ahead of passage of the George Floyd Justice in Policing Act.

We have an opportunity to address centuries of brutality. Let's seize it. pic.twitter.com/u4wgvbIRFz

NAACP President and CEO Derrick Johnson said that too many police abuse their power:

“For African Americans, we have far too many individuals who take their oath of duty for granted … because they know they have a special privilege.”

While Johnnetta Betsch Cole, National Council of Negro Women National Chair & President, ratcheted up the accusations against police. She asserted that police victimize black women and children, too, calling it “state-sanctioned brutality.”

“There’s a very long history – and herstory – of violence against Black women, men and children by individual white supremacists and state-sanctioned brutality.”

During the debate on the House floor, Rep. Jim Jordan (R-OH) pointed out to Ilhan Omar how defunding the police in several cities resulted in disaster. But after he finished, Rep. Maxine Waters took her minute — and then some — to express her support for the George Floyd act. She also went into a diatribe against “rogue cops” who are holding blacks “under siege,” adding in “white supremists [sic] and domestic terrorists” for good measure. Finally, Waters promised that she would keep “resisting” police whom she called “Proud Boys in yellow gear.”

The Biden administration on Monday said that the George Floyd Justice in Policing Act is needed “to tackle systemic racism — in police departments.” However, says Washington, DC, attorney Hans Bader, it could actually make racial profiling worse. How? Because it encourages quotas based on gender and race, says Bader. That’s due to the wording in Section 311 of the act which prohibits “racial profiling, while Section 302 also includes “gender.” Thus, says Bader, stopping more blacks than, say, Asians, or men than women, would be a violation of the law. Nor does the bill account for disparities between the races and sexes in terms of arrests. For example, Asians have the lowest crime rate, blacks the highest, and whites fall in between. As far as gender goes, men commit crime at much higher rates than women.

Not only that, but black communities could be harmed by the George Floyd act as well. That’s because it also measures how well a police department avoids “disproportionate minority contact.” But while blacks commit the most crimes, they are also the biggest victims of crime, too, usually at the hands of other blacks. So if a police department avoids “disproportionate minority contact,” it will be the innocent black victims who could suffer most.

Now good Americans on both sides of the political divide can agree that our police are not perfect. And I think we all found that the video of the police officer kneeling on George Floyd was brutal to watch, even if Floyd actually succumbed to fatal levels of fentanyl. 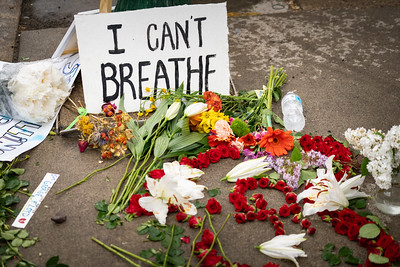 But are blacks “under siege by rogue cops,” as Maxine Waters trumpeted?

No, not by a long shot. In fact, a recent survey shows that the public well overestimates the cases of police brutality. The results show that almost half of people who call themselves liberal think that between 1,000 and 10,000 black men were killed by police in 2019. Among conservatives, 20 percent estimated the same.

However, a database compiled by Mapping Police Violence shows that police killed 27 black men in 2019. As for estimating the percentage of black people killed by police, the average response was 50%. But the real percentage is 25.

The George Floyd Justice in Policing Act will no doubt founder and die in the Senate. However, Sen. Tim Scott (R-SC) introduced the JUSTICE Act in the Senate last year, which also seeks police reforms, but through funding and training rather than restrictive mandates. Senate Republicans are likely to support Scott’s bill. As Scott said earlier this week:

“I’m talking to both sides and hopefully we’ll come up with something that actually works.”

Good luck with that. Meanwhile, the George Floyd Justice in Policing Act will make its way to the Senate, where the bill will most likely go down in flames. But it’s just another example of how House Democrats are trying to push through the most radical agenda they can before the GOP takes the House in 2022.