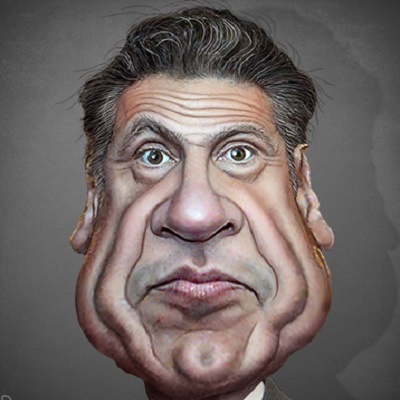 by Shelby Gallagher in Everything Else, politics 12 Comments

Blue states stand to lose big as red states open from almost a year of COVID lockdowns, leading to a decisive win for freedom.

Blue states such as New York, California and New Jersey are floundering as they try to imagine what opening from COVID lockdowns will be like. It is as if they don’t remember life before 2020.

Leading the charge for Team Blue States, Quarterback New York Governor Andrew Cuomo leads. Don’t start cheering yet. He can’t even imagine opening his state. His office is a flurry of accusations, investigations and calls for his removal from office. Watching his most recent presser to explain his game plan is like watching President Joe Biden climb the steps of his basement while trying to chew gum—painful and slow.

Accusations continue to come in demonstrating a long history of sexually harassing women. Let’s not forget his abusive behavior towards anyone who questioned him about his coverup of the COVID nursing home deaths. Deaths that were a direct result of him ordering COVID positive residents back into nursing homes.

Whistles can be heard calling for a Democrat’s career to end when other Democrats start calling for resignation. New York’s legislature is deciding to scale back Cuomo’s executive privileges this week.

Next up on the Team Blue State roster is California’s Governor Gavin Newsom. A nursing home in Los Angeles took the nursing home play from Cuomo and put a twist on it. Instead of forcing COVID positive patients into homes, they threw out the healthy patients and brought in the unhealthy ones…because they brought in more COVID funding.

‘[Lakeview Terrace skilled nursing facility is] accused of illegally ‘dumping’ patients onto city streets and into ill-equipped homes in order to take in more lucrative COVID-19 patients…[Los Angeles] City Atty. Mike Feuer… announced the legal agreement with the Lakeview Terrace skilled nursing facility, which he had accused of ‘sustained’ and ‘intentional’ misconduct in failing to adequately tend to some patients, while pushing others out of the 99-bed home.”

We’ll see what happens in Los Angeles, but closer to Newsom’s home in Northern California, he keeps getting caught in restaurants that should be closed under his COVID restrictions.

Newsom fumbled figuring out which wine to order, or what counties can open, drew a costly penalty. He’s facing a recall campaign that is gaining momentum. If Governor Newsom keeps playing so poorly, he’ll be benched.

Team Red State is looking to make a key play. Richard Grenell, former Trump administration official is throwing down flags indicating he is interested in flipping California from Team Blue to Team Red and running for governor if the recall effort succeeds. Grenell spoke recently at CPAC saying he’s ready to be a team player making the whole Red State vs Blue State game much more interesting.

“If you want the best case possible for a recall campaign, take a look at my home state of California. California used to be Reagan country, the shining example of business innovation and middle-class success. But now when you think of California, you think of out-of-control wildfires, of rolling blackouts, of schools still closed, of shuttered business, of bans on fracking…In my three decades in American politics, I have never seen a better case for a recall than there is right now in California…And of course, if a public official is still failing to deliver on their promises, and if you can’t limit their term or recall them in time, there’s always one other option: You can run against them yourself.”

Other players facing some major penalties on Team Blue state include NJ Governor Phil Murphy. He took a play out of Governor Andrew Cuomo’s playbook, ordering COVID positive nursing home residents be re-admitted. His orders resulted in the death of 8,000 New Jersians. Governor Murphy executed his play with a new finesse; his office responded to public records requests for information on the bad play by providing completely redacted emails showing nothing but black lines. Blue states assuredly look to lose big at their team continues to fumble.

Team Blue State had the opportunity to take a lead by opening their businesses, schools and public places but have floundered. If it isn’t nursing home deaths, the issue of harassment and abusive actions will trip up Team Blue State for the foreseeable future. Citizens in those states won’t be moving across the goal line to be fully free of COVID lockdowns.

Team Red State has made noteworthy plays, almost ensuring blue states will lose–big. In a race to see who could open 100% first, there is a virtual tie. On the same day, both Texas and Mississippi announced fully opening; no capacity limits on public places, no masks, no nothing. Arguably, one could give Mississippi the tie breaker. They are opening immediately while Texas opens with mask mandates ending March 10th.

Louisiana is a close runner up. Businesses will be allowed to open at 75% capacity with no limits on religious gatherings. If the dominoes continue to fall, Louisiana will be 100% open soon.

Florida can’t compete in the race to opening their state, because they never closed, landing in a class of freedom all by itself.

Honorable mention goes to North Dakota. North Dakota’s legislature has a bill passing through it’s hallowed halls outlawing mandates—as in local municipalities can’t pass mask mandates. Translation—wear a mask if you want to, not because of COVID mandates. North Dakota creating a new rule forbidding blue cities within its state to create mask mandates deserves recognition in the playoffs.

Watching the next set of skillful moves by Team Red State, continue to pay attention to Texas. A bill has been filed to create a referendum for Texas to secede from the union. Yes, you read correctly. Meanwhile Team Blue State is still trying to figure out how many masks citizens should wear and which dot to stand on while in line at the grocery store. Blue States lose big in the game of COVID.