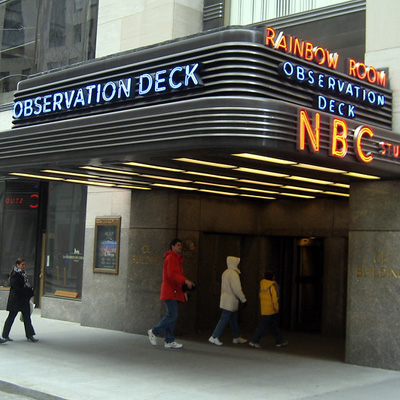 As everyone knows, PA Lt. Gov. John Fetterman, who wants to be Senator from that state, had a serious stroke in May. Naturally people are asking questions about his health. Others are posting videos that show some communication disabilities, which could affect his fitness for office.

Those Fetterman Vids are Doctored

NBC’s Ben Goggin announced his scoop in a Twitter thread, which NBC ran as news:

“Deceptively edited videos that have been viewed hundreds of thousands of times on Twitter and TikTok exaggerate the speech issues that have plagued John Fetterman, the Democratic nominee for Pennsylvania’s open U.S. Senate seat, after he had a stroke in May.”

These include “slight edits,” or edits that cut Fetterman off in mid-sentence to make it appear that he was speaking nonsensically.

Later in the thread, Goggin did admit that “the editing done on the videos is minimal.” However, he followed that up by claiming that “experts” warn that “shallow fakes can be incredibly effective.”

Ah, “experts.” Never named, but always trotted out by the media to end any discussion.

So who are these dastardly people putting out these faked videos?

“The videos were posted on Twitter by someone associated with a conservative strategy group called X Strategies LLC, known for digital content creation.”

“The videos could run afoul of Twitter’s rules against political misinformation, even though they are still available. The platform says it bans “synthetic, manipulated, or out-of-context media” that is “likely to result in widespread confusion on public issues.”

Got that, Twitter? Oh, and by the way, TikTok already removed the videos that we at NBC flagged, so get with it, Twitter.

What the Videos Show

Greg Price, Senior Digital Strategist at X Strategies, is the man in the crosshairs. He defended his video from a September 12 speech in Montgomery County, in which he took Fetterman’s comments and edited them into a “supercut.” A video supercut, in which clips of speech are edited together, is not doctoring a video, but is a technique that news rooms use frequently.

Here’s the video that Goggin says is “deceptively edited.” Please point out where it’s been doctored. I’ll wait.

Here are the highlights. pic.twitter.com/8udMddHAcQ

Greg Price also accused NBC of working with Team Fetterman to get his material removed, tweeting:

“Instead of reporting on how Fetterman’s handlers are hiding him from the public as much as they can due to his clear inability to speak properly, NBC News is working with them to try and censor me because I tweeted videos exposing it. Regime propagandists and enemy of the people.”

He also directly blasted Ben Goggin in another comment:

“Hi, Ben. I don’t care what you regime apologists at NBC decide to write about to help your preferred candidate in the race, who is clearly unfit in every way to serve in the Senate. You can print that. Have a nice day.”

Other Media Have Noticed the Fetterman Foibles

NBC may be closing ranks around John Fetterman, but other media are finally acknowledging that he’s got major health concerns. Believe it or not, one of those outlets is the Washington Post.

In an op-ed published on Monday, the WaPo wrote:

“Since returning to the campaign trail, Mr. Fetterman has been halting in his performances. He stammers, appears confused and keeps his remarks short. He has held no news conferences. Mr. Fetterman acknowledges his difficulties with auditory processing, which make it hard for him to respond quickly to what he’s hearing. He receives speech therapy — and we wish him a speedy, full recovery — but the lingering, unanswered questions about his health, underscored by his hesitation to debate, are unsettling. …”

“… Mr. Fetterman is asking voters for a six-year contract without giving them enough information to make sound judgments about whether he’s up for such a demanding job.”

Not only that, but MSNBC’s Morning Joe and Mika — of all people — echoed the WaPo editorial. Of course they still threw shade at Fetterman’s opponent Dr. Mehmet Oz, but still — who had this on their Bingo card?

Plus, last week the Pittsburgh Post-Gazette wrote in an op-ed that there were legitimate concerns about Fetterman’s health:

“If Mr. Fetterman’s communication skills have not yet recovered sufficiently to effectively debate his opponent, many voters will have concerns about his ability to represent them effectively in Washington.”

What’s That on John Fetterman’s Neck?

In addition, pictures that show a disturbing lump on the back of Fetterman’s neck have been appearing on social media. He’s been wearing hoodies for a while now — was this an attempt to cover the lump?

No one seems to know what it is.

It didn’t seem to be there in 2018, as is evident from a picture in the York Daily Record. However, in a GQ picture from 2020, it’s apparent. 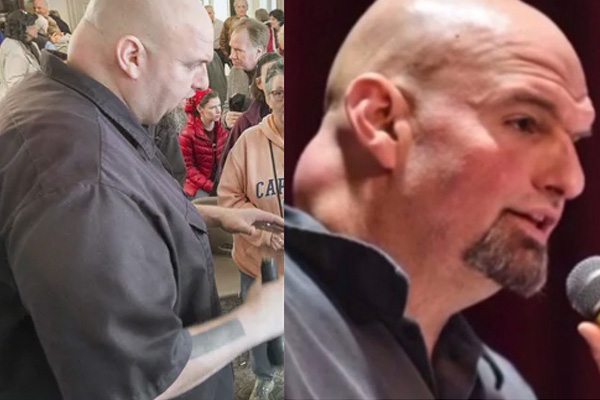 Tucker Carlson also noticed the lump, and in his usual frat-boy manner, he discussed the mysterious bulge:

Tucker Carlson highlights the large bump on U.S. Senate candidate John Fetterman's (D) neck that has not received very much media attention which comes as questions swirl about his fitness for office following the stroke he suffered. pic.twitter.com/3kPFDzKpEu

Left-wing HuffPost, well, huffed and puffed at Carlson’s effrontery, calling it “low-rent.” They may correctly describe this mockery of Fetterman, but Carlson has a bigger point: why should we trust a party that foisted the deteriorating Joe Biden upon the nation to deem this guy competent enough for the Senate?

Clearly John Fetterman has serious health issues which should make any thoughtful Pennsylvania voter wonder if this guy would last a six-year term. Because in addition to the stroke, Fetterman also suffers from atrial fibrillation and cardiomyopathy, according to his cardiologist. In short, he may be a walking time bomb.

NBC can cry “fake videos” all they want, but it’s clear that John Fetterman is not a healthy man. And who are you going to believe — NBC or your lying eyes?