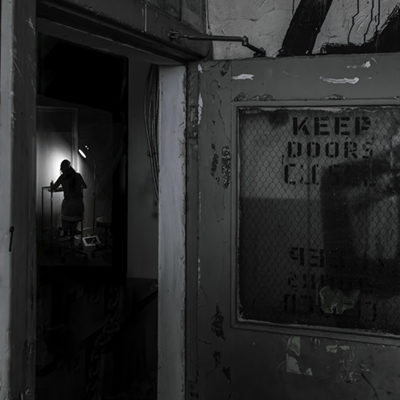 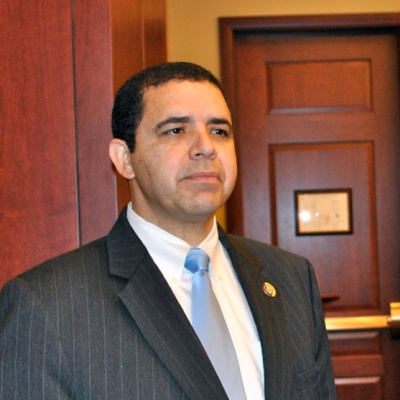 Senators Joe Manchin and Kyrsten Sinema should be very nervous. They put the kibosh on killing the filibuster the other day and killed the agenda of the Biden Junta. They have to know their time for payback is coming. They need look no further than their colleague in the House, Henry Cuellar. Cuellar’s home and campaign in Laredo, Texas were raided by the FBI. Late last night, we learned the subject of the investigation is the former Soviet state of Azerbaijan. Say what?

It seemed very curious that the FBI would raid the home and office of the Laredo Representative. Reading press reports, they read like something done to Steve Bannon, Roger Stone, or the January 6 rioters. From Yahoo News:

The Federal Bureau of Investigation on Wednesday conducted what it described as a “court-authorized” search on the Laredo, Texas, home of Democratic Rep. Henry Cuellar. It’s unclear why the raid took place.

“The FBI was present in the vicinity of Windridge Drive and Estate Drive in Laredo conducting court-authorized law enforcement activity,” FBI spokeswoman Roseanne Hughes confirmed in a statement to The Monitor and other outlets. “The FBI cannot provide further comment on an ongoing investigation.”

The Monitor reported that “federal vehicles were seen with cases and other items taken from the congressman’s house as over two dozen agents filed in and out of the residence” throughout Wednesday afternoon. Agents and “several government vehicles” were also seen outside Cuellar’s campaign office, The Monitor said.

Turns out the raid has to do with Azerbaijan. From ABC News:

The FBI on Wednesday raided Democratic Congressman Henry Cuellar’s home and campaign office in Texas as part of a wide-ranging federal probe relating to the former Soviet state of Azerbaijan and several U.S. businessmen, a source familiar with the matter told ABC News.

A federal grand jury in Washington is investigating the matter, but it’s unclear if Cuellar is a target of the grand jury’s probe, ABC News was told.

Cuellar, who represents Texas’ 28th Congressional District along the U.S.-Mexico border, has been in Congress since 2005. In recent years he has served as a co-chair of the Congressional Azerbaijan Caucus, and repeatedly met with Azerbaijan officials, including the ambassador of Azerbaijan, Elin Suleymanov.

The Democrat Media Industrial Complex has a nasty little habit of pulling out a former Soviet state when they need to go after an Enemy of the State. Think Russia, Russia, Russia for the last five years. The Ukraine Impeachment of Donald Trump and now Azerbaijan for Henry Cuellar. Cuellar as a Representative is up for reelection this year. It wouldn’t take much to smear him and install a preferred Deep State candidate in his seat.

Why would this be in the interest of the Deep State? Oh honey. Let me tell you.

First of all, Cuellar is Pro-Life. Live babies violate a key sacrament in the Deep State faith.

Second, Cuellar actually represents the interest of his constituents even when it is in opposition to the dictates of the Biden/Harris administration. And, he isn’t apologetic about it.

Nearly a year ago, I wrote about Henry Cuellar leaking photos, to the press, of kids in cages in overcrowded border detention facility. You can read it here.

Finally, Cuellar’s greatest sin, unforgivable sin in the Democrat Media Industrial Complex, was he told the truth about Kamala Harris. Cuellar couldn’t get Kamala Harris to listen and he moved on:

Here is the New York Times profile of Kamala Harris in which Henry Cuellar explains why he has “moved on”:

Representative Henry Cuellar, a moderate from Texas and one of the more prominent voices on border issues in the Democratic Party, said his experiences with Ms. Harris’s team had been disappointing. When Mr. Cuellar heard Ms. Harris was traveling to the border in June, he had his staff call her office to offer help and advice for her visit. He never received a call back.

“I say this very respectfully to her: I moved on,” Mr. Cuellar said. “She was tasked with that job, it doesn’t look like she’s very interested in this, so we are going to move on to other folks that work on this issue.”

That is a very savage burn.

The FBI has not said that Henry Cuellar is the target of the Azerbaijan probe. If Cuellar loses his primary, this will all be memory-holed. This whole thing is a warning shot to Representative Cuellar. Sinema and Manchin should be taking notes.